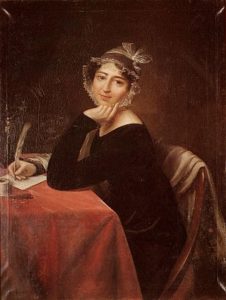 This house is not a brothel.  I Signora Rossi conduct a respectable boarding house—respectable! All Venice knows. And I tell you true. Those English aristos, they bring disgrace on my business. One would expect an earl and his sister to bring renown to an establishment like mine. Instead the Earl of Ambler and that disgraceful sister of his bring me ruin.

When they arrive, I already suspect. His so-called sister comes with no maid, no older lady to, what you call, chaperone. What kind of “lady,” travels with men and no older woman? The clink of their coin sounded more real than their story; I swallowed my misgivings. Perhaps a respectable older woman, delayed along the road, did follow. So far I see no sign of her. The earl, he looks younger so perhaps he really is her brother. She calls herself Lady Charlotte Tyree.

The earl comes in drunk, loud— very late the first night, shouting that he met that English poet Byron, another aristo. A very bad set, that. Me, I try to warn the woman, but the earl? Like most men, he don’t listen. If he visits Venice to study our architecture or take in Tinteretto, I see no sign of it. The few days he doesn’t sleep all day he runs off with that poet to Lazaretto and the Armenians. Only the girl spends time in our many lovely churches. She does the sketching and the studying. Perhaps he plans to pass her work off as his—idiota.

The girl behaves well enough. I began to think her respectable and pity her the company of her spoiled brother. Last week everything changes. Due pescatori still in their fishing clothes and drunk as lords, drop the earl at my door smelling of fish and rotten water. The boy tried to swim Il Canal Grande like his idol, an even bigger fool. He spews canal water—and worse—on my floors. 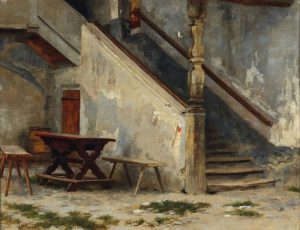 Now scandal in my house. I not bargain for scandal. The medico—the one with the horrid children and nasty mother—he arrives. I stand at my door and before I can blink he comes down my stairs carrying that girl over his shoulder. He dumps her in his ancient gondola and leaves his helper upstairs with the earl. No coin. Not one word to me.

Santa madre di Dio! What is a widow to do? 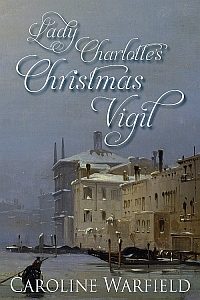 It’s 1818 and Byron is in Venice. When Lady Charlotte Tyree’s feckless brother attempts to mimic his idol and swim the Grand Canal, putrid fever lays him flat and strands her there. Venice, Christmas, a handsome Italian doctor… her life is about to take an interesting turn.

Pre-order from Amazon or Epub from Smashwords

Caroline Warfield, a Bluestocking Belle and regular contributor to The Teatime Tattler, writes historical romance. In addition to her holiday novellas, she writes novels set in the Regency and immediate post-Regency eras.  In her newest series, Children of Empire, three cousins driven apart by lies and deceit, find their way home from the farthest corners of the British Empire—and find love along the way.

The girl he had ruined