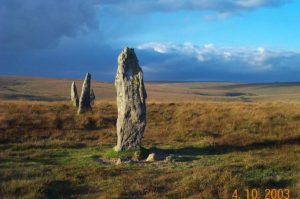 Word reaches us from Devonshire that the Burgundy Highwayman has reappeared in that county. We need hardly remind our readers of the toll this rogue took on the purses of the wealthiest London-bound travelers, and on the hearts of their fainting daughters, before disappearing last Yuletide. 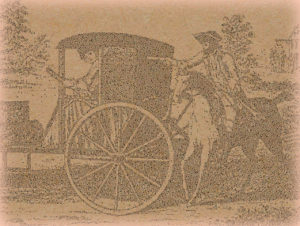 In truth, there was a time when many of our more sentimentally-inclined belles rather looked forward to being accosted by the highwayman, taking needless carriage rides to the outskirts of town in hopes of being treated to his gallant manner, his flashing eyes, and his gentle touch as he relieved them of their baubles.

Many were taken in by the romantic aura he had created for himself, carrying on the pretense of a modern-day Robin Hood, stealing only from rich nobles and giving half his take to London’s poor. The fact that he and his gang eschewed violence when at all possible, and had never killed a soul, only added to this mystique. By the time of his departure, the rogue was so popular that many a Burgundy Highwayman could be seen at London’s masked ball. 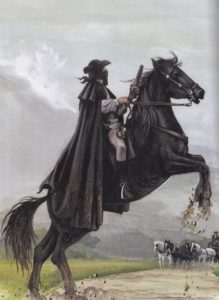 Unfortunately, life is no masquerade, and the highwayman’s identity must remain a mystery until his capture. But we can glean a few clues in his behavior as reported by his victims. That he is of genteel birth and breeding there can be no doubt, judging by his manner and address. Where one would expect an outlaw of this sort to possess an imposing physical stature, the Burgundy Highwayman is average of height and slight of frame; his voice, far from low and gruff, is of a middling timbre, though still managing a tone of command.

One correspondent even reports that the highwayman reminded her of no one more than Dora Jordan, in the breeches role of Ganymede. Could the highwayman be a woman in disguise? Only the rogue’s capture will tell.

Whoever he is, the highwayman’s removal to Devonshire has caused a change in his (or her!) behavior toward the fair sex. It seems the villain was so taken by the charms of a country miss – a vicar’s daughter, no less – that he (she?!) abandoned propriety and stole a kiss along with a necklace. And this in the presence not only of her lady’s companion but also of Anthony, Lord Burnside, with whom this daughter of a vicar is rumored to have formed an unlikely connection.

This tantalizing tableau has given us a delicious frisson, and we look forward to more news from the west country.

Until then, I remain your faithful correspondent, 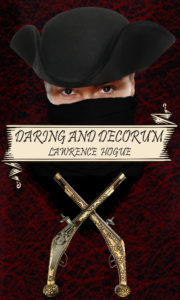 Twenty-year-old Elizabeth Collington, the proper and obedient daughter of a Devonshire clergyman, believes herself beyond girlish romances. But when a highwayman steals a kiss, along with her departed mother’s necklace, Elizabeth experiences feelings of which her father would never approve. Soon after this unsettling event, a young widow arrives in the village, catching Elizabeth by surprise as their friendship advances quickly to the deepest intimacy she has ever known. Yet the highwayman will not leave her alone, filling her mind with ideas of revolution and her body with sensations of the greatest impropriety. Amidst this swirl of conflicting feelings, Elizabeth hardly has time to consider Anthony, son of the neighboring Earl, whose halting courtship holds out her one slim chance at an establishment in life. Will Elizabeth choose the conventional path, honoring her duty to her father and safeguarding her reputation? Or will she follow the demands of her heart, pursuing a love even less proper than that for a highwayman?

A comedy of manners wrapped around a Gothic tale, a mashup of Jane Austen, Alfred Noyes’ poem “The Highwayman,” Ellen Kushner’s Riverside series, and Robin Hood, Daring and Decorum makes a passionate case for the freedom to love whom one chooses. You might call it, “Racier than Jane Austen, better-written than Fifty Shades of Grey.” Or maybe, “Regency Romance, minus the hunky, shirtless lords.” (What’s left, you ask? Let Elizabeth show you! )

Buy Links for Daring and Decorum: 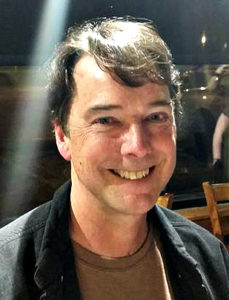 Lawrence Hogue’s writing is all over the place and all over time. He started out in nonfiction/nature writing with a personal narrative/environmental history of the Anza-Borrego Desert called All the Wild and Lonely Places: Journeys in a Desert Landscape. After moving to Michigan, he switched to writing fiction, including contemporary stories set in the desert and fanfiction based on the videogame Skyrim. He’s a fan of folk music, and got the idea for Daring and Decorum while listening to Loreena McKennitt’s outstanding adaptation of Alfred Noyes’ poem, The Highwayman. When not speaking a word for nature or for forgotten LGBT people of history, he spends his white-knighting, gender-betraying energies on Twitter and Facebook, and sometimes on the streets of Lansing, MI, and Washington DC. He’s been called a Social Justice Warrior, but prefers Social Justice Wizard or perhaps Social Justice Lawful Neutral Rogue.