Tale of a Tattling Clergyman 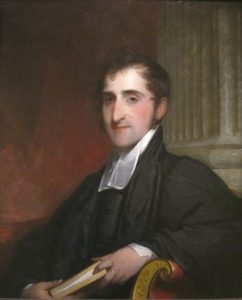 After much soul-searching, and with great reluctance of spirit, I find I must give in to your entreaties and share the details of that most shocking event which you probed me about after services Sunday last. The sad details I have confirmed, and though I have no wish to hasten a lady’s descent into perfidy by exposing her true identity to the world, relating these events in your publication will, I trust, provide a cautionary tale for young women readers everywhere.

As I described to you, a young lady under my pastoral care (I shall call her “Miss M”) has involved herself in a sordid situation. Having known Miss M for over a twelvemonth, and her elderly relative for more, it was my most considered duty to shepherd the young woman. Nay, upon the demise of her relative, I even offered that most honorable of states, matrimony, for though the lady’s means are limited, she is a most comely and, I believed, well-bred creature.

Alas, I fear that an excess of sentiment clouded Miss M’s judgment. She embroiled herself in the activities of a female who runs, in her very home, a kind of shelter for the offspring of women who have fallen. With no shame, I count it as a blessing from the Almighty that Miss M declined my suit, and you shall hear why.

At Christmastide Miss M traveled to an outlying inn and involved herself in a most heathen undertaking, a Wife Sale! I know not how or why she came to know of this auction, but it is perfectly reflective of the state of her mind. Had I known of her intent, I would, as her spiritual adviser, have stepped in and stopped this most dangerous scheme.

For you see, the worst has happened. Not only was the object of this mercantile 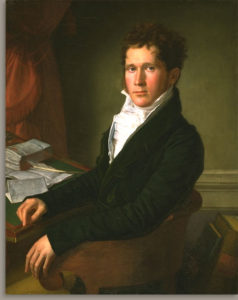 event delivered into an adulterous union, Miss M, I fear, is Lost, having fallen like the mothers of the children she ministered to into the hands of an upstart, Lord C, reputed to be a man of great wealth and poor moral repute. It is said, she has even been residing with him these many days without benefit of wedlock!

I fear that Miss M has descended to the fate of so many young women unsupervised by father or brother, given to vanity and excessive sensibility, and unwilling to accept the guidance of those more prudent. Whether matrimony shall ensue…well, that is anyone’s guess, but even if it does, I fear she is lost to all respectable society.

Let this be a lesson to any young reader who comes across this story. 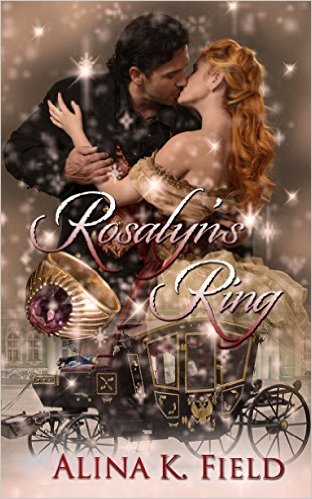 When a young woman is put up for auction in a wife sale, Rosalyn Montagu seizes the chance to rescue her—and to recover a treasured family heirloom, her father’s signet ring. Her plans are thwarted by the newly anointed Viscount Cathmore who finds her provoking beauty, upper crust manner, and larcenous streak intriguing. Her secrets rouse his jaded heart, including the truth of her identity—she is the woman whose home he has usurped. But more mysteries swirl around Rosalyn’s past, and Cathmore is just the man to help her uncover the truth.

She looked at him earnestly. “Will Mr. Logan raise this little one as his own?” she asked in a worried whisper. “Properly?”

She blinked back tears and studied young William. “A boy needs a father. A girl, too. Even the ones born on the wrong side of the sheets.”

His breath left him a moment. She was not, like so many of the philanthropist matrons, a condescending patron of the poor.

“Rosalyn. Why are you not married?”

Her eyes glinted. “Why are you not?”

“I am not. And you are not. We are both unmarried. I asked you first and you must answer first. That is the rule.”

She turned that over in her head, but answered anyway. “I had offers.” Her nose wrinkled with distaste. “All from clergymen associated with the orphanage. I did not marry them because we did not suit.”

He felt a sense of relief. “Why ever not? I should think a good-hearted maiden like yourself and a clergyman would suit quite well.”

“So why were they there?” He lifted a tendril of her hair. “For this, I suppose?”

She blushed hot red, and the air crackled between them.

“It is your turn to tell,” she said. “Why are you not married? You are rich, titled, and handsome.”

“Do you think I am handsome, Rosalyn?” He twirled the tendril of hair in his fingers.

Her brow creased. “Do not be coy, Cathmore. You know you are a handsome devil, even though, or perhaps especially because, you look like a bloody pirate.”

Hamish laughed, startled that such profanity had come from such a pretty mouth. “My lady,” he said in feigned shock. “Your language!”

You can find it on Amazon 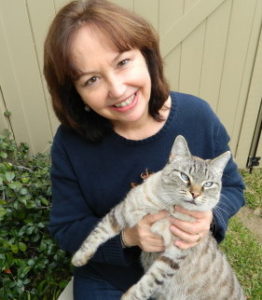 Award winning author Alina K. Field earned a Bachelor of Arts Degree in English and German literature, but she found her true passion in reading and writing romance. Though her roots are in the Midwest, after six very, very, very cold years in Chicago, she moved to Southern California and hasn’t looked back. She shares a midcentury home with her husband and a blue-eyed cat who conned his way in for dinner one day and decided the food was too good to leave.

She is the author of the 2014 Book Buyer’s Best winner in the novella category, Rosalyn’s Ring, a Regency novella, the novel-length sequel, a 2015 RONE Award finalist, Bella’s Band, both Soul Mate Publishing releases, and a prequel novella, Liliana’s Letter, a 2016 National Reader’s Choice Award finalist.

The Diary of An Improper Governess

A shocking experience at St George’s