The following is a rendering of a conversation between Sinjun, butler to the Earl of Claverlock, and the valet of a visitor to The Beeches one month before the events described in the novel If Wishes Were Earls. Sinjun, as per usual, is doing all the talking. 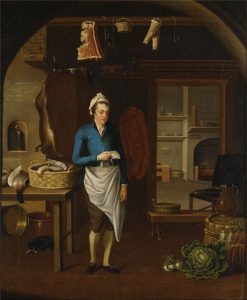 Come along to the kitchen where we’ll enjoy some privacy.

There now, sit by the oven, I have it heating for scones. His lordship prefers my scones to the cook’s but don’t tell Mrs. Smith. Did you know that’s not her real name? She never was married, for a start. I can’t tell you her real name because you would recognize it in an instant and then you’d wonder what the daughter of such a grand family is doing working in the kitchen of a manor house in a small village in Cornwall. And well may you ask! My dear, it is a tale fraught with disaster and heartache. But I promised a confidence I shall not break.

Let me pour you a cup of tea. Milk or lemon? Neither? How strange.

You’ll have noticed a few changes since you were last here. We’d all understand if the earl secluded himself in his library for the remainder of his days. The house has fallen below the standards we’re used to.

Who am I kidding? We’re living in a hovel. That third wife hadn’t a housekeeping bone in her body. We all know what she used her body for, don’t we. You will have heard, I don’t doubt, that the child wasn’t his lordship’s issue. Yes, she declared to all and sundry as the life drained from her broken body that she’d taken a lover. Good riddance to bad rubbish. I tried to warn his lordship, before he departed for London. I said he should take the full year of mourning after the death of Lady Suzanne.

Now there was a pleasant woman – thick as a plank but nice about it.

Unfortunately his lordship was tempted by a seductress. He scandalized us all by returning with a new wife. I ask you. Nothing good could come of such a match. But it’s not for me to say. More tea? 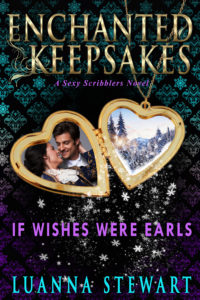 Dear reader, is there more you’d like Sinjun to say on the subject? Leave your question and I’ll attempt to wring the answer from him.

One commenter will receive a hand-knitted (by me) washcloth and a bar of handcrafted soap. (USA and Canada only.)

When a mysterious note directs Miss Miranda Large to a tiny village in Cornwall to find her heart’s desire, she has no choice but to go. An enchanted keepsake heightens her curiosity. A snowstorm forces her to accept the hospitality of a sullen, albeit sexy and handsome, earl and Miranda’s wish doesn’t seem so out of reach

Edward Penhallion, the 12th Earl of Claverlock, is not in the mood to start his search for a new wife. He wants to be left alone with his books and his dreams of revenge. But the arrival of a headstrong, sharp-tongued spinster forces him to play the charming host. Not a difficult task, given her intelligence and beauty. Suddenly, he’s not terribly eager for her to leave.

But as the snow falls and the winds blow, Edward discovers there’s more to Miranda than a lively wit and a lovely face. And Miranda wonders if the trappings of wealth are enough for true happiness. 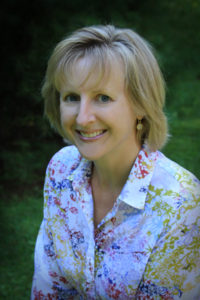 Luanna Stewart has been creating adventures for her imaginary friends since childhood. As soon as she discovered her grandmother’s stash of romance novels, all plots had to lead to a happily-ever-after.  Born and raised in Nova Scotia, Luanna now lives in Maine with her dear husband, two college boys, and two cats. When she’s not torturing her heroes and heroines, she’s in her kitchen baking something delicious.

Writing under the pen name Grace Hood, she has two novellas published with The Wild Rose Press.

Scandal at the Chipping Niddwick Assembly