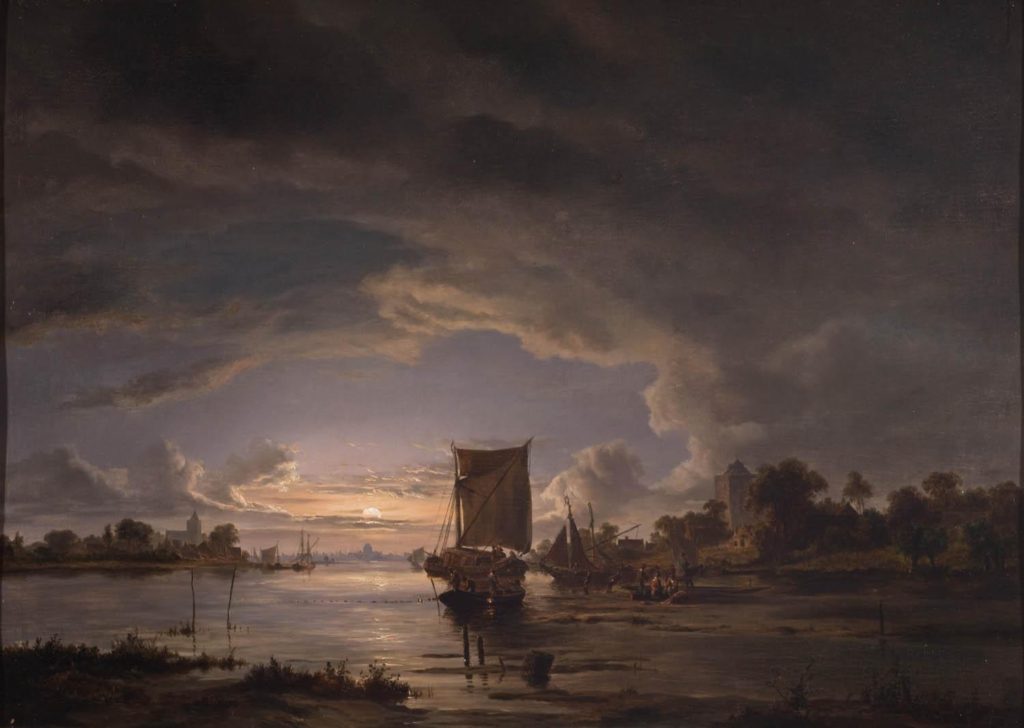 Alice sipped her coffee with a frown. She’d been staring at the sea for so long, it had gone cold and sickly sweet. Even the sugar from St. Croix couldn’t save it now. She poked at the crystalline sediment at the bottom of her mug.

She had only managed half of her porridge, as well. It had been more than a year since she had survived ingesting a truly spectacular amount of arsenic, but her stomach had yet to recover.

Her son ate his porridge happily enough. When she sweetened it with honey, he almost always finished the bowl. He was young for it still, but he was growing faster than she could feed him on her own. Achilles was a beautiful baby, a stout, sturdy little fellow glowing with health. He had her eyes and his father’s hair. She was so in love with him she wished she could show him off to her sisters and her friends back in Southwark, but for now, she and her new family were alone in The Hague.

Alice had nothing to complain about; she had married the boy she’d loved all her life to find he was an even better man than she thought he’d be. Their rented rooms faced the sea on one side and the square on the other, a picturesque space full of shops and, as of this week, tulips of every variety. It was nothing like the street she’d grown up on. For one thing, she could take her son with her to the shops without fear they’d be robbed.

England was so close she could feel it, almost see it across the water. They wouldn’t be able to travel until Achilles was older, but it was just close enough to make her mad. She was far more worried than she let on to Jack; for all Meg complained about the inn, she’d never willingly leave it. What had become of her? 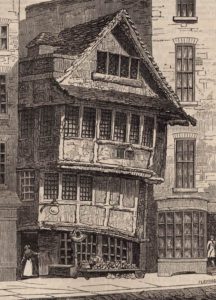 A month before, she and Jack had overheard a traveler in town lamenting the disappearance of Meg Henshawe. Alice’s eldest sister was a tart so infamous that men embarked on pilgrimages to see her for themselves, but this traveler had returned disappointed. He’d made it to her family’s inn, The Rose and Crown in Southwark, to find it half burned down and Meg Henshawe gone.

Alice wrung her skirt in her hands like fear twisted her guts. Meg burning down the inn would surprise no one–least of all Alice–but where had she gone? Where were Bess, Bel, and Judith in all of this?

She took a deep breath to calm her nerves and searched her memory for clues. She knew maddeningly little. According to the traveler, a local tea merchant she had seen about, her sisters were gone and the inn had been taken over by a Jewish prizefighter and his wife.

Alice had never enjoyed watching the fights–certainly not as much as Meg did–but she knew the boxer in question by reputation alone. Every time he knocked out an opponent, it was all anyone could talk about.

It was all Meg could talk about, at least. 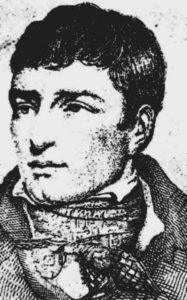 Meg had had so many lovers over the years, she must have thought Alice wouldn’t notice her fascination with Jake Cohen. It wasn’t hard to miss. Of all the men Meg had known, he was the only one she talked about. Her comments always seemed to come out in semi-incoherent thoughts muttered to herself or divulged to Bess or Bel after one too many glasses of wine. Their last conversation echoed in her mind.

Meg and Bel had returned late from Bear Gardens the night Jake Cohen had knocked out Tom Callaghan, the father of Meg’s youngest boy.

“Did you see that, Bel? God’s teeth, there’s no finer man alive.”

Bel snorted. “Not so fine now. Jake the Jew gave him a bloody good thrashing.”

Meg smacked her arm affectionately. “I wasn’t referring to Tom.”

“You think Tom will take kindly to you fancying his rival?”

Meg topped up their wine. “Bugger Tom. If I thought I had a chance with Jake…”

The idea that Meg couldn’t have anyone she wanted had struck Alice as absurd, and the notion hadn’t become more believable with time. Meg Henshawe a legendary beauty capable of turning grown men into babbling fools with a glance. Surely a boxer–

Alice gasped as another possibility sprung to mind.

Once Achilles had finished his porridge, she bundled him into his little coat and his boots with the reinforced heels. She had a question only a tea merchant could answer.

Alice’s story, The Long Way Home, is out now. Watch for Meg’s story, Broken Things, coming out May 1st, 2017. Here’s a preview… 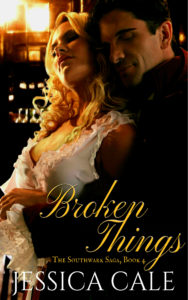 Meg Henshawe has been a lot of things in her life, and few of them good. As proprietress of The Rose and Crown in Restoration Southwark, she has squandered her life catering to the comfort of workmen and thieves. Famous for her beauty as much as her reputation for rage, Meg has been coveted, abused, and discarded more than once. She is resigned to fighting alone until a passing boxer offers a helping hand.

Jake Cohen needs a job. When an injury forces him out of the ring for good, all he’s left with is a pair of smashed hands and a bad leg. Keeping the peace at The Rose is easy, especially with a boss as beautiful—and wickedly funny—as Meg Henshawe. In her way, she’s as much of an outcast as Jake, and she offers him three things he thought he’d never see again: a home, family, and love.

After Meg’s estranged cousin turns up and seizes the inn, Meg and Jake must work together to protect their jobs and keep The Rose running. The future is uncertain at best, and their pasts won’t stay buried. Faced with one setback after another, they must decide if what they have is worth the fight to keep it. Can broken things ever really be fixed?

Is any jewelry box safe from the thief that stalks London’s best houses?