Tea at the Reverend’s House 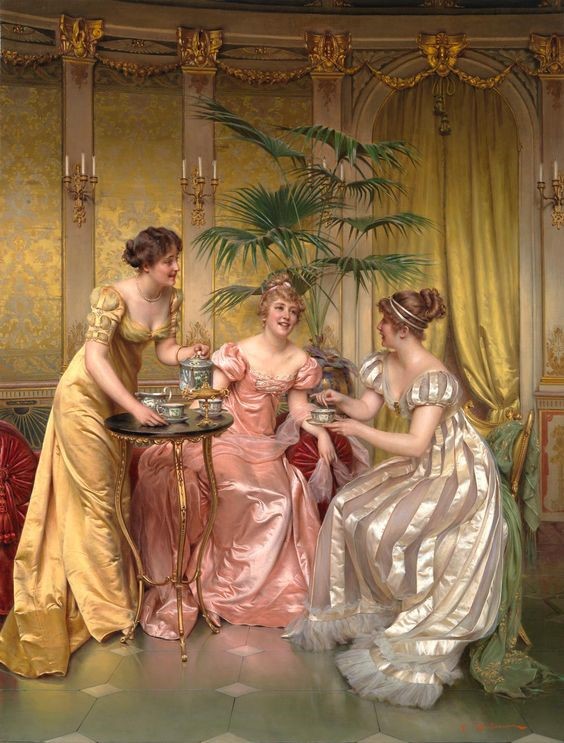 Stantreath is a den of gossips! Poor Sophia and her sister Lucy came here to escape whispers of scandal as Sophia sought to raise her younger sister’s son without a cloud of ignominy following the boy through his life, but it did not take long for the round of gossip to begin again. And now that the boy’s uncle, Lord Haughton has arrived to make himself known to Sophia…

The assembled ladies waited patiently as Mrs. Fenton picked up the teapot, a smile small gracing her mouth as she poured the dark, steaming liquid into the four cups set out before her.

“The cakes are fresh,” she announced, jutting out her chin towards a tray decorated with an array of cream cakes and tarts. “I believe our cook has outdone herself this morning.”

Mrs. Kirkland glanced at Mrs. Runyon, but said nothing. The gall of the woman, to boast about the efforts of a cook, when they both knew very well that she’d never been able to keep on more than a housekeeper and that rheumy fellow who looked after their straggly lawn and horses.

“Lovely!” Mrs. Miller took two cakes for herself and prompted Mrs. Fenton to add a touch more milk to her tea. “And how is Mr. Fenton this morning? Already hard at work on next week’s sermon, no doubt?”

The reverend’s wife pushed her shoulders back, the lace lining the collar of her gown shifting slightly with the movement. “He does take such great care over his work. But, no. Today he has elected to call on Lord Haughton, who has recently arrived here in Stantreath.”

The pronouncement trembled in the air. All of the women present had already been apprised of the news at least a day before, yet to hear of an interaction with a member of the peerage, and with someone so closely connected to themselves… Well, the cream cakes sat forgotten as the ladies waited for Mrs. Fenton to continue.

“Does anyone know what has brought this Lord Haughton here?” Mrs. Miller finally ventured to ask when the silence had continued for a few seconds longer than her patience could stand.

Mrs. Kirkland cleared her throat as she picked imaginary crumbs from the napkin spread across her lap. “His carriage was seen outside of Lady Rutledge’s cottage,” she said, delivering the news with the elocution of a governess.

“Mrs. Brixton?” Mrs. Miller paused with her cup an inch from her lips, the milky tea nearly spilling over the delicate rim. “Does he know her?”

“‘Mrs.’ indeed!” Mrs. Kirkland sniffed. “There’s always been something… untoward about Mrs. Sophia Brixton, if indeed she ever possessed a husband. And I wasn’t at all surprised to hear of her younger sister’s disappearance. Such a forward, flighty girl. I must say, I’m pleased to see her gone from Stantreath and away from the eyes of our impressionable young men.”

The other women nodded their agreement, lace and ribbons bouncing around caps and fussy fichus.

“Though…” Mrs. Runyon spoke up for the first time, her already florid cheeks gaining more color as she peered over the edge of her wire-rimmed spectacles at their host. “I had witnessed some special attention paid to Mrs. Brixton by your own son. Unless, that is, I was mistaken in his behavior towards her.”

The tips of Mrs. Fenton’s fingers turned from pink to white as she returned her cup to the tray. “I’m not sure I know to what you’re insinuating,” she said, her lips barely moving as she spoke. “Josiah can sometimes overstep the boundaries of decorum in his efforts to appear… helpful and welcoming to others. But it does not signify as he’ll be leaving for London at the end of the summer, in order to prepare himself for taking on a post such as his father’s before him.”

Another glance passed between a few of the ladies as Mrs. Fenton bustled with the tea things, her agitation at the turn the conversation had taken showing in the tightness of her jaw, along with the clatter of the fine porcelain against the silver tea service.

“But what of this Lord Haughton?” Mrs. Miller pressed. “Does he intend to stay? Perhaps he’s looking to acquire one of the larger houses, or—”

“The only estate around here is Lady Rutledge’s crumbling pile of stones,” Mrs. Kirkland put in sharply. “And he’d do better to raze it to the ground before attempting to live in that dreary heap.” 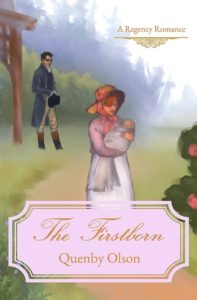 One of the women tittered behind her hand, while Mrs. Fenton regained some measure of her former composure as she refilled cups and offered a second helping of cakes to her guests. “My husband will make his introductions to Lord Haughton, and also advise him to keep clear of some of the less savory inhabitants of our village. I’m sure Lord Haughton will see what true quality is once he makes Mr. Fenton’s acquaintance, and I promise each and every one of you an invitation to my table once Lord Haughton accepts my request to join us here for dinner.”

The other three ladies oohed and aahed over their cups and dabbed crumbs from their lips. Mrs. Fenton raised her chin an inch and surveyed the scene before her as she thought of an evening with Lord Haughton as one of her guests, and how differently everyone would treat her once word had spread that a member of the peerage had supped at her table.

“Now,” Mrs. Kirkland began, her spoon tinkling quietly against the inside of her cup as she stirred an extra bit of sugar into her tea. “Did you see Miss Wing’s bonnet yesterday? Such a garish creation! I’m surprised her mother let her wear it outside the house!”

Quenby Olson lives in Central Pennsylvania where she writes, homeschools, glares at baskets of unfolded laundry, and chases the cat off the kitchen counters. After training to be a ballet dancer, she turned towards her love of fiction, penning everything from romance to fantasy, historical to mystery. She spends her days with her husband and children, who do nothing to dampen her love of the outdoors, immersing herself in historical minutiae, and staying up late to watch old episodes of Doctor Who.