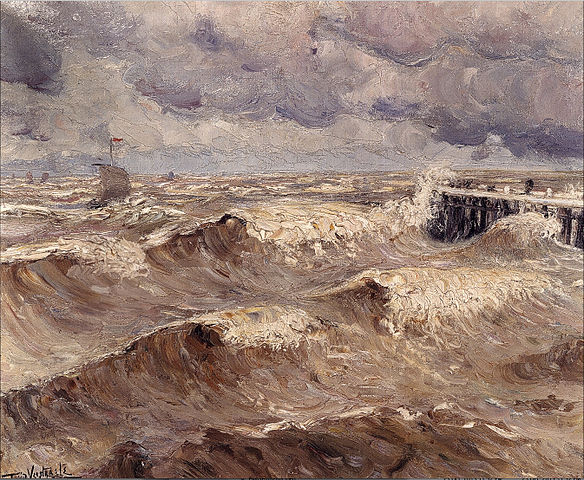 It was late afternoon and dark as dusk, with rain pelting the window again. It was unseasonably cold for May and the rain had barely stopped since March. As each dreary day rolled in off the sea, Alice’s dread deepened. It had been months since she’d had word of her family, and the local tea merchant who had last reported her sister missing had proved maddeningly difficult to find.

They had never gone so long without a letter from home before. By her estimation, Jane should have given birth again in late January, and Mark had never let such an occasion pass without writing. She filled the silence with an endless procession of nightmare scenarios, each of them ending in the death or injury of someone she loved.

How had a Jewish prizefighter come to own her childhood home and her family’s business?

This last question tied her mind in knots. Jack’s tailor was Jewish with family in London, and he had informed her that although his people had been formally readmitted to England, they were still not permitted to own property there.

How had he managed it? Was there a chance the tea merchant could be mistaken?

Alice’s heart leapt as the door slammed on the ground level. The noise was followed by heavy steps as someone thundered up the stairs.

“Your father’s home,” she whispered to her infant son, sleeping with his angelic face pressed into her shoulder. He had begun to fall asleep on her following his afternoon feeding, but Alice never had the heart to put him in his bed. He would be grown soon enough. Instead, she relaxed into her chair by the window and let him sleep.

Jack rarely made a sound as he returned home every day, light as the thief he had once been. Some things never changed. That she could hear him at all troubled her. Either something had happened, or he was being chased.

He flung open the door, out of breath. Immediately, he noticed Achilles in her arms. He flung up his hands in contrition, an opened letter clutched in one. “Sorry,” he whispered and closed the door behind himself.

Achilles yawned and slept on.

Jack’s face lit up. “A letter from Mark!”

Relief warred with excitement in her chest. Achilles felt it and shifted. “Is Jane well? What of my sisters?”

“Everyone’s well, by the sound of things. He had sent the letter to Paris and Achille had it forwarded to us when he returned from Versailles, that’s what’s caused the delay.”

He sat in the chair across from hers and passed her the letter. She shifted the baby’s weight more fully onto her shoulder and flipped it open with her left hand.

He leaned forward on his knees, watching her reaction. “You were right.”

Happy Christmas! I hope you and Alice and your little soldier are enjoying a nice quiet one. I have given up on ever having a good night’s sleep again and I find I am happier for it. There’s no use in wishing for the impossible, now more than ever. Jane gave birth to a healthy boy on Christmas Eve. We’re calling him John. He’s thriving and does not often cry, but the rest of the children make such a fuss over him it’s noisy as a lark’s nest. I nodded off at work on Meg’s kitchen this week and woke to her foot between my ribs. Married life has made her sweeter, but her toes are still sharp as anything.

I don’t expect she’s written, so I’ll be the first to tell you. Meg’s married Jake Cohen and now she refuses to make pork pies. The notion had my full support until she told me in no uncertain terms my pies are gone for good. I won’t half miss them, I can tell you! I suppose it’s worth it to see her so happy. Happiness on Meg is the strangest thing — she’s unrecognizable these days. More beautiful, if you can believe it. She wears her hair differently and when folks come looking for Meg Henshawe, she tells them she’s dead. I couldn’t be gladder for the both of them, but the whole ordeal has been rather humbling. If this is what happy looks like on Meg, I don’t recall seeing it before this month. Jake’s a right decent sort, but it would seem he’s a magician as well.

We’re on better terms with Meg now. Jane had some trouble with this last birth and Meg was able to help her, to my everlasting gratitude. I’ll spare you the details, but suffice to say Jane would not be alive if not for Meg, and I’ll never forget it.

Everyone else is alive and well. Alice’s sisters are selling cosmetics out of the inn and business appears to be picking up. Nothing like a pretty face to sell complexion tonic, except perhaps four of them. When you return you will find things roughly where you left them, but improved, as so few things are, with time.

Give my love to Alice and your boy.

P.S. No word yet from Harry. He was last seen in the Carolinas, and I sent another letter there this week. Hugo is well and very excited to have another boy to play with at last.

Alice took a moment to catch her breath. “I was right,” she whispered. “Meg’s married Jake Cohen.”

Jack nodded. “I barely remember him. Was he the one with the unusual fighting style?”

Alice shrugged. “I never saw him fight, all I remember is Meg’s description.”

“He’s built like a coach and four and handsome as the devil himself,” she mimicked her sister’s voice. “Those eyes, that punch…that back. God’s teeth, Bel, I could stare at him all night.”

Jack’s laugh was pure glee. “Sounds like she gets to now. Never thought I’d see the day.”

“You’re not the only one,” Alice sighed, feeling as though a great weight had been lifted from her shoulders. “Meg. Married.”

Jack kneeled before her and took her hands in his. “You must be so relieved. I know you’ve been worried about your sisters.”

She nodded. “I’m sorry about Harry.”

His face fell almost imperceptibly, but she noticed.

“We’ll find him,” she assured him with more certainty that she had. “Or he’ll find his way back, just you see.” 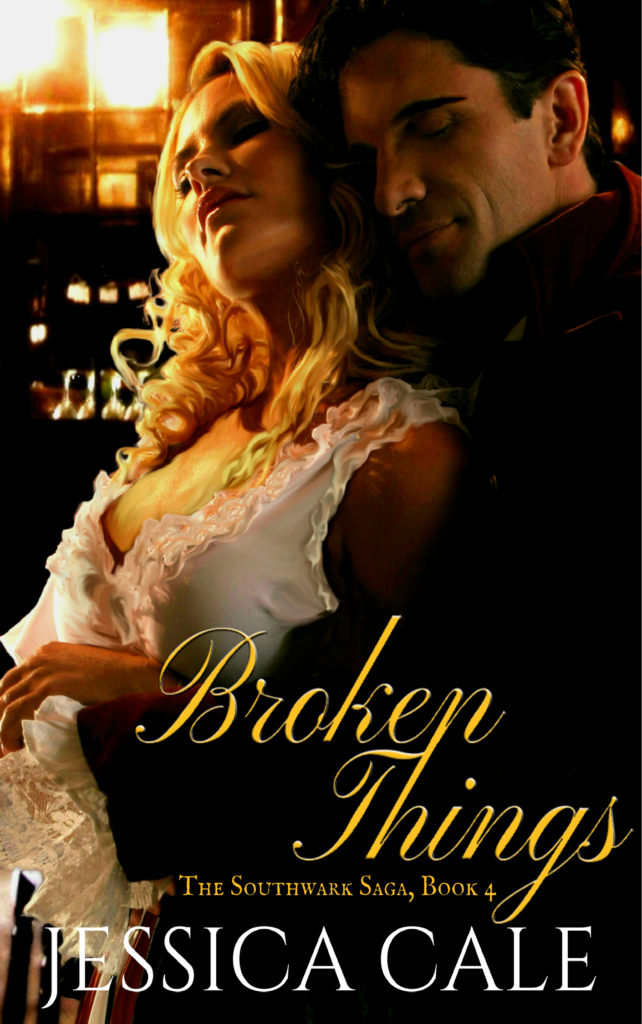 Meg Henshawe has been a lot of things in her life, and few of them good. As proprietress of The Rose and Crown in Restoration Southwark, she has squandered her life catering to the comfort of workmen and thieves. Famous for her beauty as much as her reputation for rage, Meg has been coveted, abused, and discarded more than once. She is resigned to fighting alone until a passing boxer offers a helping hand.

Jake Cohen needs a job. When an injury forces him out of the ring for good, all he’s left with is a pair of smashed hands and a bad leg. Keeping the peace at The Rose is easy, especially with a boss as beautiful—and wickedly funny—as Meg Henshawe. In her way, she’s as much of an outcast as Jake, and she offers him three things he thought he’d never see again: a home, family, and love.

After Meg’s estranged cousin turns up and seizes the inn, Meg and Jake must work together to protect their jobs and keep The Rose running. The future is uncertain at best, and their pasts won’t stay buried. Faced with one setback after another, they must decide if what they have is worth the fight to keep it. Can broken things ever really be fixed?

Tea at the Reverend’s House