This arrived at the Tattler by mysterious means from the Tucson Tattler, 1890
Interview with hotel front desk clerk, Homer Jenkins

I heard Abbot Foster’s mail-order bride disappeared. Vanished into thin air, the way folks put it. I know more than people think. I see things from my desk, though I don’t pass judgement. I’m surprised you’re the first paper to talk to me.

Erline Foster stayed here waitin’ to be wed. She was a pretty thing, but the maid refused to clean her room after the first time she set foot in there. The girl wasn’t specific–something about a feeling she got in that room.

I was here when those two detectives booked in too. He’s a real detective with the Pinkertons, Aaron Turrell’s his name. The lady, Healy Harrison, called herself a detective too, but I ask you, what kind of detective agency specializes in ghosts? More to the point, what kind of fool hires them? Some fool who wants to be parted from their money. Not that I’m judging.

The two of them arrived separately. Turrell was waiting here for his next assignment. He’d just caught some outlaws outside of town–it was in the papers. Then, she shows up. Odd girl. Pretty though. From the desk here I can see the dining room, and I witnessed their first meeting. She come down all gussied up except she was pretending to be blind. She had on dark glasses and stumbled around with a cane. She’d been seated and all, so I don’t know what got in her craw, but she ups and crosses the room to Mr. Turrell’s table, and gives him what for. I thought that would be the end of that, but no, she joins him! 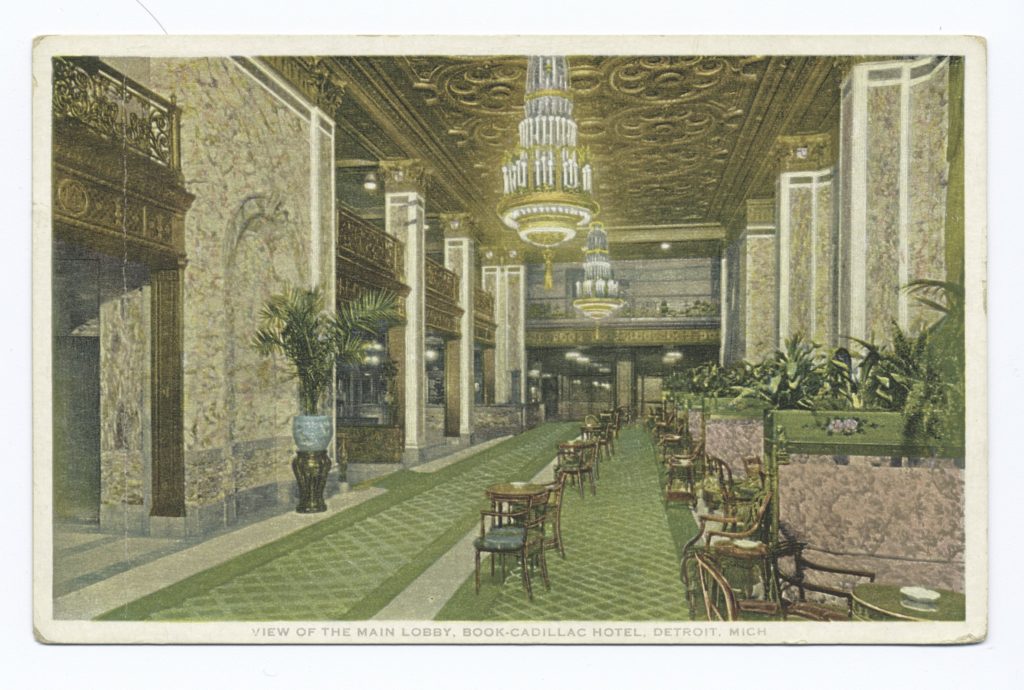 After that I watched those two coming and going, sometimes together, sometimes separately. She got picked up and returned by Abbot Foster’s nephew every day. This was before Erline disappeared. It was tragic when Abbot lost his first wife, Cora, but still, what business did a ghost hunter have out there?

Meanwhile things got interesting at the hotel. I saw those detectives getting cozy. I’m not one to gossip, but if I say one of their employers was paying for an empty room, you get my drift. One night another guest complained he had to intervene when a man wearing a nightshirt was making a racket and trying to get into a lady’s room.

Next day, I saw Turrell waiting for her in the lobby, and she was hiding behind a potted palm, which was odd considering how… friendly they’d become. Then he gets a telegram and you should’ve seen the expression on his face. He stormed out of here.

Later Miss Harrison comes back from the ranch, all frantic, saying she needed me to pass along a note to Turrell. She wanted him to high-tail it out to the ranch.

What happened there is a mystery. All I know is Erline disappeared and those two detectives show up here asking for a Justice of the Peace. 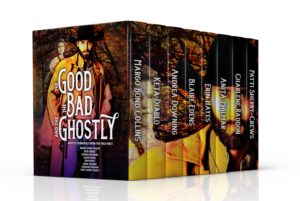 What do you get when you mix cowboys with ghosts? A collection of eight (stand-alone) amazing stories from the Old West with haunts of every variety.

Get your love of alpha cowboys on and feed your addiction for the bizarre (and sometimes spooky) world when you download The Good, The Bad and The Ghostly.

Bestselling and Award-winning authors are pleased to save you more than 75% on this fantastic boxed set! (Price if books sold separately)
* * *
Wild, Wild Ghost by Margo Bond Collins
With everyone she loves in the grave, Ruby specializes in the dead.

Comes An Outlaw by Keta Diablo
An outlaw returns to his childhood home to find his parents and brother dead, and the lovely widow in grave danger.

Long A Ghost, and Far Away by Andrea Downing
Ghosts are restless souls, and Lizzie Adams is one of them. How many lives will she get to find the perfect love?

A Ghostly Wager by Blaire Edens
Even a skeptical detective needs a little otherworldly help.

McKee’s Ghost by Anita Philmar
The ghost living in his house might have saved him from an unhappy marriage and brought him the girl of his dreams but when his ex- fiancé returns, the same spirit turns his life upside down.

A Ride Through Time by Charlene Raddon
P.S.I. Agent Burke Jameson wants to find out if Eagle Gulch, Colorado has genuine ghosts. But he found far more than he expected, including a horse ride that could change his life forever

The Ghost and the Bridegroom by Patti Sherry-Crews
She’s sent west to solve a case. What she finds will change her forever.

For the Love of a Ghost