Rumours of a mad rival 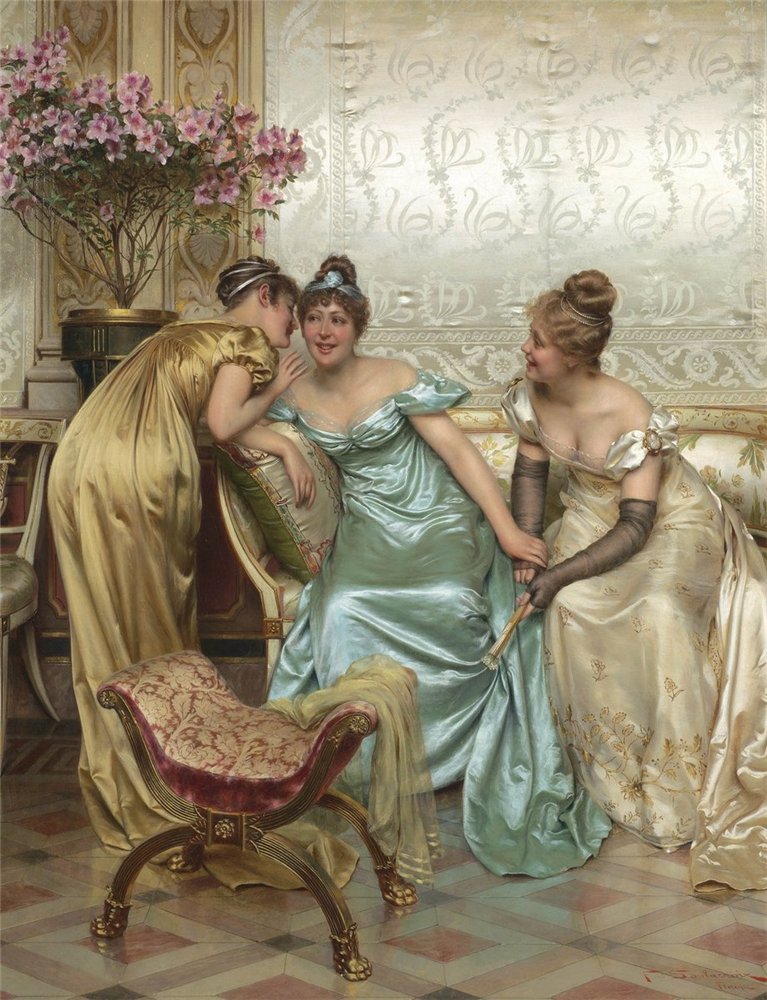 Overheard in a London drawing room.
“To be fair, Lady Amelia, many females have run mad over a red coat.” Lady Fenella’s jibe—and Lady Amelia’s blush—reminded the others present of Lady Amelia’s own excesses last Season in pursuit of a certain officer of the Horse Guard.

“One officer might be a mistake,” Mrs Fullerton suggested, “but two seems a little excessive. It certainly sounds as if this poor mad sister of Braxton’s makes a habit of compromising situations with the cavalry.”

“Only one compromising situation, surely,” Lady Eustace Framley protested. “I thought she was the baronet’s widow. One can’t compromise oneself with one’s husband.”

“One can before he is her husband, darling.” Lady Fenella widened her eyes. “Or do you not remember how you came to marry Lord Eustace?”

“Is it true that this mysterious officer stole her from her bedroom in her chemise?” Lady Amelia wondered.

“It would be rather cold,” said Lady Eustace. “It was, after all, more than a month ago, and in the Spring. One would imagine the Cheshire weather would dampen the ardour.”

“Your innocence is so charming,” Lady Fenella said. “Do you practice it in front of the mirror?”

“I do not much like these Braxtons. If I lived with Mrs Braxton, I dare say I should be mad myself,” Lady Amelia declared.

“Anyone would,” Lady Amelia agreed. “At least one would have before he was crippled. Goodness, Fenella, you don’t mean that Alex Redepenning stole Melville’s widow away! But that’s…” Her voice trailed off and she, too, stared speculatively at Mrs Fullerton.

Lady Eustace proved her relative naivety by rushing to make the comment the other two women merely thought. “Melville’s widow? Sir Gervase Melville? Wasn’t he your particular friend once, Mrs Fullerton? Yes, and Major Redepenning, too!”

“Poor dear.” Lady Fenella took Mrs Fullerton’s hand and gave it a warm squeeze. “It can hardly be pleasant to know you are unlikely in love not once, but twice, and both times have lost to the same woman.”

Their marriage is a fiction. Their enemies are all too real. 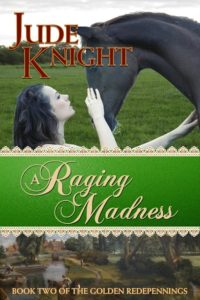 Ella survived an abusive and philandering husband, in-laws who hate her, and public scorn. But she’s not sure she will survive love. It is too late to guard her heart from the man forced to pretend he has married such a disreputable widow, but at least she will not burden him with feelings he can never return.

Alex understands his supposed wife never wishes to remarry. And if she had chosen to wed, it would not have been to him. He should have wooed her when he was whole, when he could have had her love, not her pity. But it is too late now. She looks at him and sees a broken man. Perhaps she will learn to bear him.

In their masquerade of a marriage, Ella and Alex soon discover they are more well-matched than they expected. But then the couple’s blossoming trust is ripped apart by a malicious enemy. Two lost souls must together face the demons of their past to save their lives and give their love a future.

A Letter from a Friend 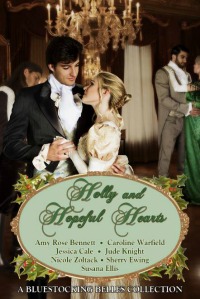