Refugee from the Indian Mutiny arrives on English shores 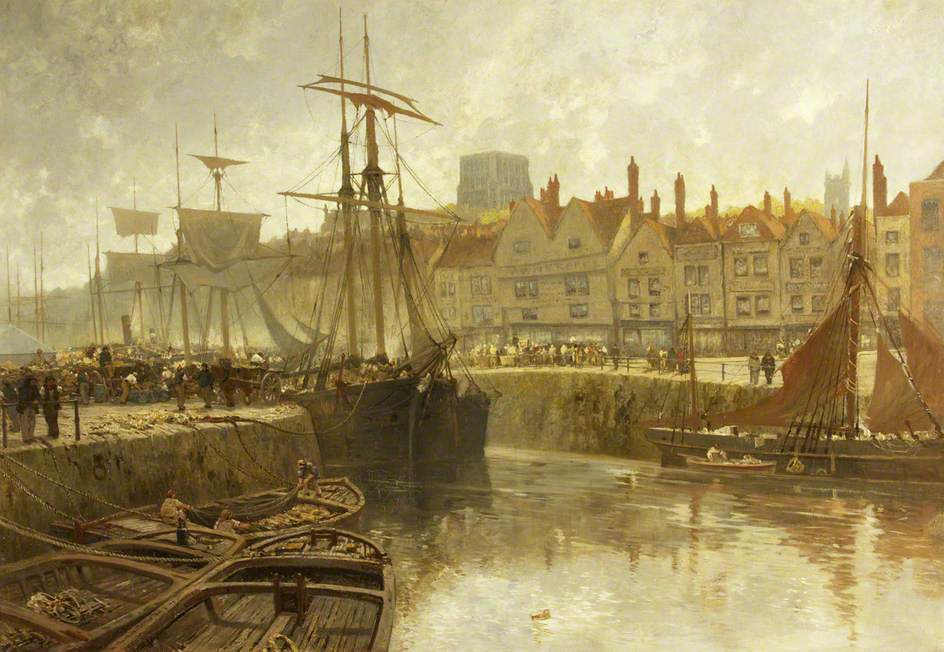 Mrs. Kittridge, mother of the recently titled Viscount Glyndon for his service in the Crimean war, reports to the best circles of London that her neighbor Mr. Cameron, who saved her brother the Baron Canmore during the peninsula campaign, has himself died in the rebellion gripping the Indian peninsula.

The news has reached our ears with the arrival of Mr. Cameron’s daughter, Mrs. Tara Montague. Her mother, we are informed, was one of the famous courtesans that entertained the courts of Lucknow even now laid siege to by the mutineers. Her father, while an agent for the Trowbridge Shipping Company whose office in Madras he ran, met the accomplished dancer while on a trading mission to the famed city.

Tara, we are told, means star in Sanskrit and Mrs. Kittridge informs us she has completely captivated the Princess of Kapheira who runs Trowbridge Shipping. Her daughter-in-law, the future Princess, has invited Mrs. Montague to spend the season with her in London.

A young widow of a private of the Madras Army, Oliver Montague, she will be certain to enchant the ton this spring. She is not unconnected in these parts; her father was first married to the aunt of Sir Thaddaeus Meredith the MP from Totnes. They went out to India when their finances failed in the well-reported collapse of the Longfield Bank in 1821. When Jane died shortly after Mr. Cameron never returned to English shores, marrying Tara’s mother some decades later.

Coromandel House outside Falwood, that great estate of the Kittridge family, was fortunately still here to provide refuge to his daughter in fleeing the chaos that afflicts her homeland. With such patronage as the Princess of Kapheira we can only imagine her time will be productive and with Mrs. Ferrell already working on her wardrobe well dressed indeed.

The Secrets of Coromandel House 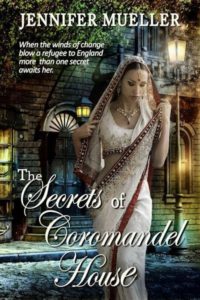 Tara Montague arrives on the Bristol docks 4 months after her father pushed her on a cargo ship…the day the Sepoy Mutiny started in India. The first word she receives from home is her father is dead; and the second, the aunt she was supposed to live with has died two years before. Not the best start when living in two worlds. The horrors of Cawnpore and Lucknow are filling the papers and she had an Indian mother. Both sides have reason to want her dead.

Why has her father sent her to a country she has never seen? Feeling betrayed yet again after he already arranged a disastrous marriage, on the verge of being a penniless widow, Tara is alone. Her main concern is survival in a strange country where most look at her with suspicion. Tara has questions and suspicions of her own…but who can she trust?

There was a reason she was on a ship of theirs: her father worked as their agent in Madras, having left the East India Company decades ago, for the new office Trowbridge Shipping had opened in one of their towns. Well, they stole him, offered him twice as much if he would start the office in Madras from scratch. He hadn’t gone native at that point, that was a decade before she was born, she wasn’t sure what they would say at her sudden appearance.

“How can I help you?” A clerk said the moment she stepped through. His mutton chops were impressive indeed. There was little in the way of grandeur there, walls of cubbies holding each ship manifest that spread around the world, like a vast web. America, Africa, Europe, Asia, and Australia. They covered the world. Her father’s office in Madras had the same setup, he only handled the ships going in and out of that office though. Not hundreds, not the thousands that surrounded her there.

“I was told you could change rupees. I wanted to get a paper to see what is happening in India. Has the mutiny ended?”

He turned away in the dim office, the faint light of daybreak didn’t reach that far yet. “Sorry, we don’t help your kind. There’s usually some punters down the dock. What makes you think you can come in here to a place of business?”

Tara felt her stomach hurt at hearing such words. They were the insults that the women threw at her. The fishing fleet that came from England looking for husbands among the rank and file saw her as a threat. Her kind, as if it was her fault her father went native. Or worse yet, her kind that married one of their prospects. The insults truly came thick when that man married her, that too not her fault. “If that’s what I asked, I can assure you I still wouldn’t give you business, no matter how much you paid.”

“Sawyer!” A voice yelled from the back.

“It’s a black woman—with a ring in her nose even, you know what her kind did in Cawnpore.” The way he said woman was as much an insult as any other.

She looked no different than those around her in wide skirts, not even more colorful. Just a dark red cotton dress with a paisley border, long sleeve of course to hide the scars. Maybe if she was wearing her sari, but this was only her skin giving her away, the nose ring was hardly noticeable unless close. Her father had forbidden her from wearing one of late, but the hole had never closed up and her father wasn’t there to see anymore. The only thing was her skin.

“Yes, and we had a boat arrive from India not 20 minutes ago. How exactly does a woman stepping in our door make her a prostitute, no matter her color. Do you ask the same of every woman that walks in?” A head appeared from the back room frowning, female shockingly and dressed in black. She was probably in her 50’s, her blond hair shot with white. A lovely woman still. “Get out, Sawyer!”

“Get out! I will not have employees that cannot treat everyone with respect no matter what shite is in that head of yours. Even less one that is our customer. Miss…”

“Cameron, Ma’am,” Tara said quietly. “Sorry, Mrs. Montague. He died so quickly I hardly feel it.” If that were the only reason she wanted another name.

“I apologize for my former employee… Cameron? Our Madras agent is a Cameron and his daughter is reported missing. Are you she perhaps?”

“Yes, but I can hardly be missing.”

The sigh said everything. “Get out Sawyer! You have your notice without a reference.”

“My lady, you can’t let me go!” He shot out of his chair… hands poised, Tara didn’t need to see anymore. The pistol came from her pocket and touched his forehead, a Colt Dragoon Revolver. The sort of gun men carried when they went tiger hunting, a wounded animal was the one to worry about. Howdah pistols, named for the guns carried in the baskets on elephant backs, a howdah, the gun itself didn’t matter. Just big. They were .60 caliber in some cases. There was a reason the sailors on the Eliza Anne left her alone once they knew she had it. Inches was all that separated the woman from the air being squeezed out of her body.

That was not the thing to do. The woman went into a fury. “I know I am just a lowly woman. But, last I knew I owned Trowbridge, not my dead husband, last I knew at the very least when I say get out you get out, you do not attack me like I am some slattern you want to bed who has turned you down.”

Owned the company? If she did, then the woman was the Princess of Kapheira. Working in an office of all things? Her father had mentioned the woman who owned the shipping empire. Tara had pictured anything but a slight woman who must have been a great beauty when she was young. For she was still, truthfully, a beauty. Despite that, no one would mistake her for 20.

A man appeared at the door. “Mother?” He was in his 40’s. She didn’t look old enough for a child that age even if Tara knew it had to be true. The woman, herself, had hired father in 1821 and she was married with a child then. Surely not this one though. There had been no talk a child hired him. Sawyer cowered at that. A man made him cower the way a woman never would, even with a gun to his head. Granted he was an impressive man. One that could hurt a woman he was married to. “Why do we have a revolveress in the office?”

“Sawyer is discharged, get him out of here. I will not run a company with offices around the world when the man greeting them treats my business associates or clients like they are dirt. Nor one that has such little concern for life that he would dare to choke me, eliciting our guest here to defend my life. Miss Cameron has come.”

The son straightened up.

“What has happened? Every time you say Cameron, everyone acts…?” It sank in as she said the words. “The steamer route across the Suez has brought word faster than I arrived? The mutiny has gotten worse, something at Cawnpore by his comment.”

As a Peace Corps volunteer in Kenya a few years back I traveled quite a bit and now I just wish I was. A lot of the places I’ve written about I’ve been to, a lot of them I haven’t. Rafting on the Nile in Uganda, living in a Montana ghost town, Puerto Rican beaches, African safaris, Mayan ruins, European youth hostels, forts on the Ghana coast all fill my scrapbooks. I still travel in my head every time I write even if I don’t get out as much as I wish. I currently live in the Pacific Northwest and look forward to filling many more pages.

Whispers in a Closet