Why Harry Went to War

William Wheatly glared at his only son through a haze of smoke. He struggled to keep from covering his nose and mouth, assaulted by the stench of stale beer and unwashed bodies. During the interminable train ride from Calgary to the capital Will envisioned their confrontation, but he never imagined he would find him puking in a third rate tavern. He came to confront failing grades, not drunkenness.

He took two steps forward, rage washing through him. The whelp had no idea the sacrifices it took to send him to university. The whole family did without, made do, and reused just to pin their hopes on Harry, a slacker who obviously had more hair than sense.

“What the Hell do you think you are doing?” He roared at his son. The boy lifted his head, gave a wobbly smile and planted his face on the filthy table.

Will shot a furious glance at the speaker, a boy he vaguely remembered from Harry’s visit home the previous summer. “Obviously not,” he ground out through clenched teeth. “I can see why he’s failing at least.” 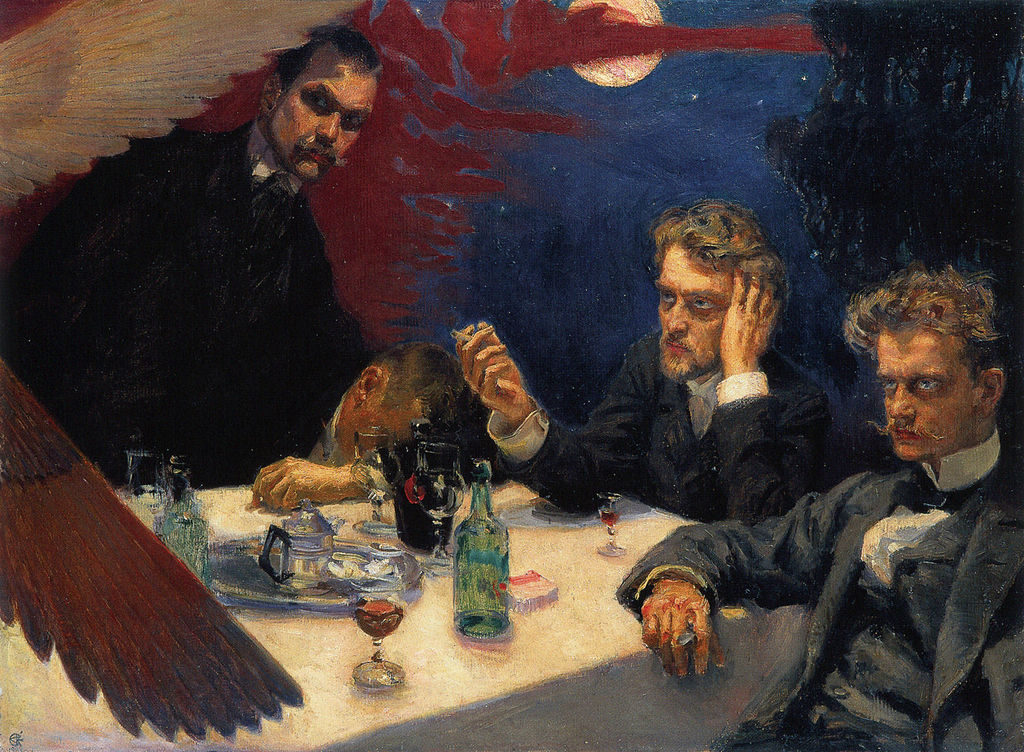 The boy—he thought his name was Brodie, but couldn’t remember clearly—sat up straight. “No sir! Harry is no drunkerd. At least it isn’t—I mean…”

“Albright? Who the Hell is she?” 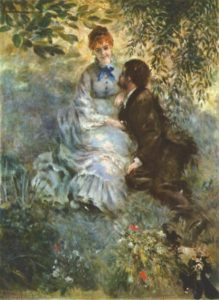 “The chit in the papers? The one that is marrying the Governor General’s nephew? What does she have to do with my son?” Will demanded.

“Led him on. Harry thought—he may be a damned fool, but she flirted with him all winter and he believed—that is…”

A kind of peace came over Will. Better a fool over a woman than over a bottle of rum, he thought. Harry isn’t the first boy whose first love broke his heart. “Well, that’s over then,” he murmured.

‘Yes, Sir, though between us, I don’t think it ever really started except in Harry’s mind.

Will nodded. “Help me get him out of here Brodie, there’s a good man.”

Will thought about that. If they took him to his rooms he’d have to leave him there. “No,” he said at last. “To the Chateau Laurier.”

Brodie’s eyes widened at that but he didn’t argue. He pulled Harry up with remarkable gentleness and put an arm around his shoulders. 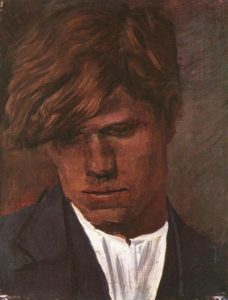 Harry awoke with a sick stomach and a head full of carpenters pounding hammers in his brain. Why did I wake at all? He wondered. A voice, calling his name, sounded far away. It was a man’s voice, not Elsbeth’s. At the thought of her he squeezed his eyes shut. He didn’t want to wake up ever again.

There it was again. He opened one eye and then the other on the last sight he hoped to see. His father scowled down at him.

An hour, a bath, and two cups of coffee later he stared back at his father in sullen silence, He had stopped listening to the lecture an hour before.

“Don’t be a damned fool. A woman like that never planned to take you seriously. She used you to practice her games and snares.”

Harry surged to his feet. “You don’t know her,” he shouted. “It wasn’t her. It was that damned father of hers. Wants to cozy up to the Governor General. Thinks the rest of us are dirt under his feet. Elsbeth isn’t like him.” Harry wished he believed it a bit more strongly. He very much feared his father may be right.

“We didn’t send you here to chase women. How are you going to get into law school?”

“I don’t want to be lawyer!” Harry snapped.

“What do you plan to do with yourself? Be the best educated farmer in Saskatchewan?”
“I want to be a writer. You don’t need university for that. Elsbeth said—”
“Don’t mention that woman’s name to me again. Bad enough she’s queening it all over Ottawa.”

Harry turned on his heel.

“Where are you going?” his father demanded when he strode toward the door.

“I don’t know. Anywhere but here.”

It was long past dark when Harry returned, sober, safe, and unsmiling. Relief so strong he couldn’t even be angry flooded Will. Visions of Harry flinging himself into the Rideau locks had haunted him all afternoon.

“Harry, thank God. Where have you been?”

“I enlisted.” Harry raised his chin and glared at his father, daring him to criticize.

Ice froze Will’s heart. Canada had technically been at war since August when Britain entered the war, but little war frenzy had reached Saskatchewan. Here in the capital, however he had seen posters, and newspapers. He’d heard the beligerant language in the hotel lobby. “Enlisted,” he gasped, hoping he had misheard.

“Borden is calling for an expeditionary force to fight the Kaiser. I’m going to do my bit.” The boy’s chin rose a bit higher. “Don’t try to argue me out of it. I signed. There is no going back. We report to Valcartier for training in three weeks.”

Three weeks? Will’s heart sank. “You damned fool. If you’re determined to throw your life away over some chit who never was worth a Yankee dollar, go ahead. But before you go you better go home and say good-bye to your mother and grandmother.”

Harry turned green. “But I—”

“You owe them that much. It isn’t as if you have any university career to resurrect.”

Harry opened his mouth to object and closed it. His eyes held a world of sadness that cut his father to the quick. He nodded then. “I’ll go. But you can’t stop me. I’m going to fight.” 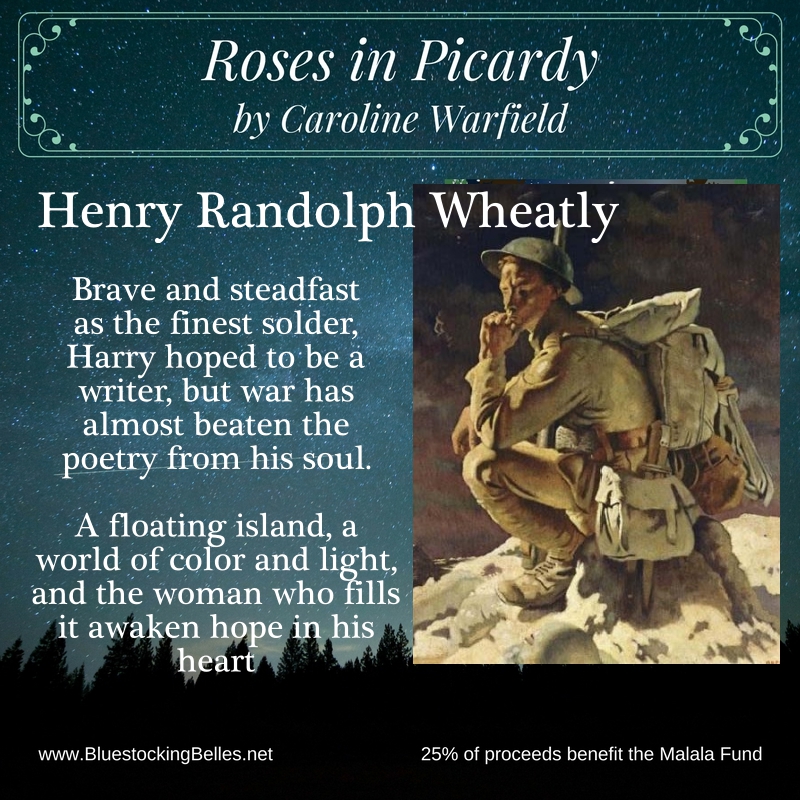 Never Too Late: Eight authors and eight different takes on four dramatic elements selected by our readers—an older heroine, a wise man, a Bible, and a compromising situation that isn’t.

Set in a variety of locations around the world over eight centuries, welcome to the romance of the Bluestocking Belles’ 2017 Holiday Anthology. It’s never too late for love!

About Roses in Picardy by Caroline Warfield

After two years at the mercy of the Canadian Expeditionary force and the German war machine, Harry is out of metaphors for death, synonyms for brown, and images of darkness. When he encounters color among the floating islands of Amiens and life in the form a widow and her little son, hope ensnares him.

Rosemarie Legrand’s husband left her a tiny son, no money, and a savaged reputation when he died. She struggles to simply feed the boy and has little to offer a lonely soldier. 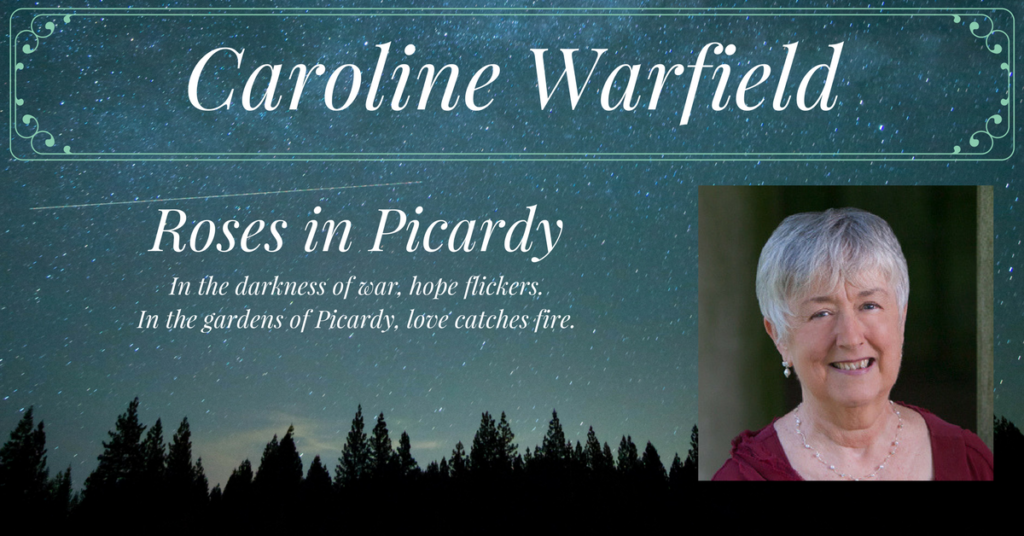 Magic and a Kidnapped Bride-to-be Marked for Murder