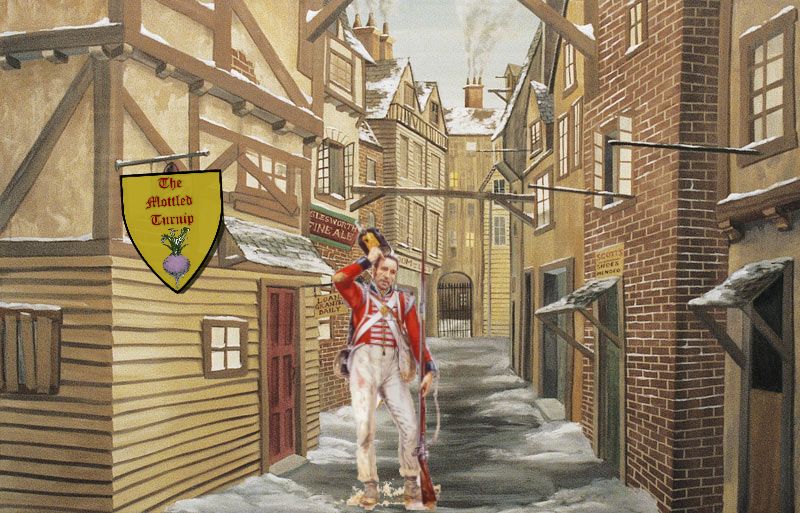 Whilst I am certain of the inestimable quality of your sources of news regarding the most esteemed members of society, I am privileged to be in possession of some information of which you might not yet be aware.

You were knowledgeable, I presume, of the grand engagement ball thrown only last evening by Lady Malton for her nephew, Professor F. Darcy of Derbyshire. I have heard, however, from the barmaid at The Mottled Turnip, who had it from her beau at the Duke of S’s stables, who had it from his sister, the upstairs maid who assists with Lady Malton’s wardrobe, that the affair did not conclude as well as it began. For a modest recompense, I would be pleased to convey the essence of the outcome of the evening’s entertainment.

I shall not ask why you are at The Mottled Turnip in London rather than with your regiment in Hertfordshire, where I know you ought to be. I shall, however, in exchange for the information you claim to possess, condescend not to inform your commanding officer, Colonel Forster, whom I happen to know rather well. I expect this will be suitable recompense for your efforts. The post goes at three. I expect your response before that hour.

I concede your point and appreciate your discretion. My information about the grand ball is thus: After an exhaustive evening of dance, music and dining, during which time Prof. Darcy’s betrothed charmed the most esteemed members and most severe critics of Society with her elegant manner, beautiful appearance and great wit, a fracas occurred, overheard by the previously-mentioned maid. A great row broke out between the engaged pair, after which the lovely bride-to-be was seen leaving the room in the arms of a man not her future-husband. My source could not be convinced to divulge the name of this second gentleman, but I surmise he is a resident of the house belonging to the Earl and Lady Malton. At last report, the bride had left the house and was ensconced with unknown relations, whist FD himself was rumoured to have absconded from London entirely!

As a final note, I heard that you printed recently that that FD was engaged to a certain Miss EB of Hertfordshire, but I wish to correct you in this assumption. His future bride’s initial is not E, but is, instead, C. Fear not, sir. These mistakes happen. 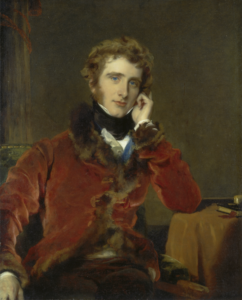 George Wickham sat back in his chair at his favourite tavern and laughed.  What news had he just heard from Sanderson’s lips, but that Darcy had left town! There had been, he learned, a grand ball to celebrate the engagement and introduce the man’s intended bride to society, and afterwards she and Darcy had fought, and both had abandoned London! Some of the details had seemed a tad off, perhaps—surely the bride’s name was Miss Caroline and not Miss Elizabeth—but everyone knew how the specifics never survived subsequent retellings intact. It could only be a slip of memory, both being common and rather interchangeable names, and these little inconsistencies bothered him not at all. What was important was that Darcy must have learned of his beloved’s betrayal! He had learned of Caroline’s faithlessness and he had scuttled out of town like a kitchen pest upon the lighting of a lamp!

Yes, the great Fitzwilliam Darcy had been cast down! Wickham played and replayed various scenarios over in his mind of what must have transpired after the ball, and each one concluded with Caroline informing him that she had been taken and loved by another.

“How could you? How could you choose Wickham over me?” Darcy would say, and Caroline would just laugh and laugh before informing him coolly, “I needed a real man.”

And what of Darcy’s retreat? Wickham relished the thought of the great master of Pemberley, returning home a broken shadow of a man, tail between his legs. Was his heart broken? Was he destroyed? Was he humiliated, cast down in shame? It mattered not which; it only mattered that the plan was working and Wickham was finally gaining the upper hand. This was the first taste of victory! This was what Wickham had been working towards for so long, and now his schemes were playing out at last. Ah, how he would savour this moment.

He summoned the serving girl over and asked for another pint of the good strong ale, then sat back with a self-satisfied grin on his face to plan the next stage of his assault.

A tale of love, manners, and the quest for perfect vowels.

From a new voice in historical romance comes this sparkling Regency tale, wherein the elegance of Jane Austen’s Pride and Prejudice and the wit of George Bernard Shaw’s Pygmalion collide. The results are clever, funny, and often quite unexpected…. 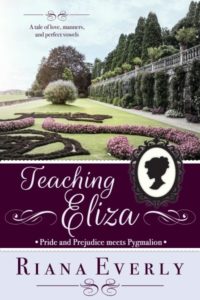 Professor Fitzwilliam Darcy, expert in phonetics and linguistics, wishes for nothing more than to spend some time in peace at his friend’s country estate, far from the parade of young ladies wishing for his hand, and further still from his aunt’s schemes to have him marry his cousin. How annoying it is when a young lady from the neighbourhood, with her atrocious Hertfordshire accent and country manners, comes seeking his help to learn how to behave and speak as do the finest ladies of high society.

Elizabeth Bennet has disliked the professor since overhearing his flippant comments about her provincial accent, but recognizes in him her one opportunity to survive a prospective season in London. Despite her ill feelings for the man, she asks him to take her on as a student, but is unprepared for the price he demands in exchange.

Riana Everly was born in South Africa, but has called Canada home since she was eight years old. She has a Master’s degree in Medieval Studies and is trained as a classical musician, specialising in Baroque and early Classical music. She first encountered Jane Austen when her father handed her a copy of Emma at age 11, and has never looked back.

Riana now lives in Toronto with her family. When she is not writing, she can often be found playing string quartets with friends, biking around the beautiful province of Ontario with her husband, trying to improve her photography, thinking about what to make for dinner, and, of course, reading!

An Interview with Mrs. Barlow

Musings of a Motley Meddler: The Prodigal Son Returns!