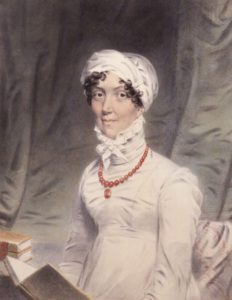 Miss Agatha Nighting sat nodding in her most comfortable chair over a scandalous penny papers from the city. Brighton was tame compared to this, she thought. Alerted to a board creaking on the stairs, she relaxed. Lady Jane was home again finally.

“She thinks I am ignorant of her night time forays,” she whispered to the kitchen cat who sat curled at her feet. “As if I am unaware of every move my girls make,” she snickered. She stood and peeked out the window.

“That was only the first one, I think. Probably Marianne. Lady Jane is still out there somewhere. I pray she is safe. That is all I can do. She will roam in the night, but who could blame her, kitty? She has been here at my finishing school for five years without a single day’s vacation. That father of hers.” She succumbed to sleep after saying a brief prayer for her favorite student’s safety.

“Do you promise not to scream?” he asked still whispering. “I think I mistook you for a house maid in that outfit. I am fairly certain the fragrance I detect is from a particular brand of French soap. Did your mistress share with you? No, I think not. You are in disguise, are you not?” Jane nodded her head up and down vigorously and heard him chuckle into her hair. His hand slid slowly away from her mouth, but caressed her cheek as it pulled away. He rested it on the back of her neck with his arm still firmly around her waist.

“A delectable armful, young Miss Mysterious. What are you doing out here in the dark all alone? Looking for trouble, no doubt.” Jane released a pent up breath and gasped a deep inhale. She pulled with both her hands against his grip on her middle section. He released her suddenly, turned her around, and placed a strong hold on both her shoulders.

“Let me have a look at you, Masquerade Molly. Oh, ho, a beauty. Let’s have a taste of that delicious mouth of yours.” He reached behind her head and pulled her close. His lips covered hers firmly at first and then softly moved around as if he, indeed, would taste her.  His arm slid down until he cupped her bottom pulling her solidly against him.

Jane felt as if a fire had been lit in her stomach, as the stranger continued to hold her and torture her lips with his kisses. She could not decide if she hated or loved what he was doing, but thought in a small recess of her mind that she should not enjoy this at all. Surely this is a sin. As she pushed against his chest, he obediently pulled away, gazed into her eyes, and murmured, “What’s your name, young nubile sprite? Tell me.”

“Jane,” she whispered back. “You should free me, sir.” She feebly pulled to free her shoulders wondering when her strength had disappeared. He released her abruptly and she almost fell backwards. As he caught and steadied her, she heard that low pitched chuckle once more. She raised her eyes and stared directly at her kidnapper.

Dressed roughly, his accent had revealed to her a man in a class above his appearance. He was inches taller with a scarf tied around his head, black hair flowing to his shoulders. His grin was wide with white teeth flashing in the semi-darkness. Tales of pirates terrorizing the king’s ships at sea flashed through her mind. Was this one of them come to murder them all in their beds? Her heart beat was loud in her ears. What would happen next?

“Forgive my crude manners, Jane. I deeply apologize for upsetting you. However I cannot in good conscience take back the kisses. Remember this the next time you think to disguise yourself as a kitchen maid.” He flashed his wide grin once more and turned away. “I promise I will visit you in a year or two. Farewell, sweet Janie,” he murmured as he disappeared into the gloom after the direction of the three dark shadows.

All thoughts of continuing her adventure had fled with the encounter. Jane stood rigidly with her back leaning against the stone pillar for a moment or two attempting to steady her breathing. She turned away from her original destination and, cautiously through the semi-darkness, found her way to the street that followed the cliffs. With her shawl draped over her head, she passed the lending library, the hotel known as The Old Ship and eventually followed the Marine Parade until she passed out of the town proper.

The walls of her school soon loomed in the darkness, and she quickly scaled them on the secret loose board. A few minutes later she was tucked in bed with Marianne snoring nearby. Her rapid pulse denied instant sleep. She rested her head on her pillow reliving a handsome pirate with his lips roving commandingly over hers. Had she responded? Of course not! Surely not. How embarrassing to think she might have. What did that make her? One of the muslin company? A trollop?

As far as she knew, there had been no report of insanity in her family. That branch from near the Scottish border had always been a bit odd, but she hadn’t heard the word exactly as insane. Her father was certainly eccentric, but she didn’t think insane. Perhaps simply acutely unpleasant would best describe him.

With the back of her hand, she rubbed her lips slowly back and forth. Who would have thought a kiss would feel like that? How odd he opened his mouth over mine and I could feel his tongue. Really! He did, indeed, taste me. She gave a quiet laugh which turned into a hiccup. I should be grateful he didn’t take a bite out of me.

The oddest thing of all was that the whole episode, even though frightening, was pleasurable as well. It was obvious now why chaperones were so strict. If all kisses were like that one, no female was safe. Sleep slowly came to her and dreams of wild pirates with long silky hair haunted her until the morning light. 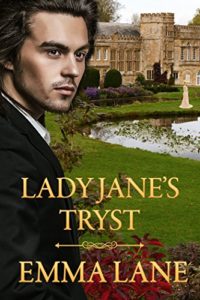 Ripe for adventure, Lady Jane welcomes the charming pirate who offers her the excitement she craves.

Five years at Miss Agatha’s Finishing School for Young Ladies in Brighton, without a single day away, leaves Lady Jane longing for any respite to liven her deadened senses. An accidental meeting with a handsome stranger initiates a journey of danger, excitement, affection, and eventually love, even as Lady Jane wonders if a person could be considered an orphan while still possessing a parent. 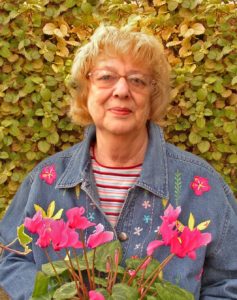 Enjoying cold winters and velvet summers, Ms. Lane resides in Western NY. As Emma Lane, she writes Regency historicals. Under the pen name Janis Lane, she enjoys plotting Cozy Mysteries. Every once in awhile, she leaves the greenhouse where she plays with flowers to send out another novel or two.

An Interview with Mrs. Barlow