An Encounter in the Cyder Cellars 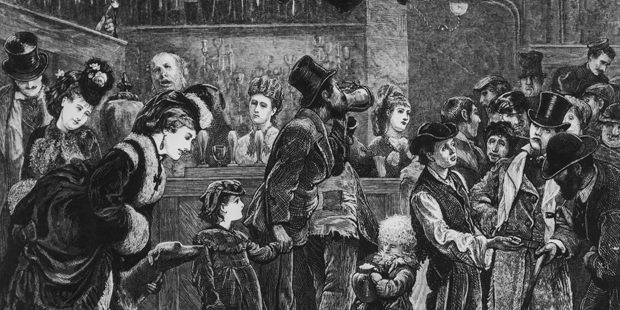 In the basement of 21 Maiden Lane in London, the great metropolis, there is a tavern called the Cyder Cellars, much frequented by writers and artists, and the young men about Town. After curtain in the nearby theatres, it tends to be packed with men desiring supper and some old-fashioned glee-singing. It was there that Mr. Clemens of the Teatime Tattler ran into his flame-haired colleague Mr. William MacNeil from that esteemed Victorian magazine Allan’s Miscellany.

The Great Mac was in a gloomy mood. “I envy you, Mr. Clemens,” he said, staring into his mug of cheap beer. “I do envy you. In your time you don’t yet have to endure the dreadful consequences of Mr. Scott’s medieval flights of fancy in all their full extent. You don’t have to endure your chief artist — well, only artist, really — and your publisher ganging up on you and force you to travel to the Scottish wilderness to attend a [redacted] tournament.”

Mr. Clemens raised a brow. “A tournament?” he asked mildly.

“A tournament.” MacNeil shuddered. “Lord Eglinton’s medieval tomfoolery. With lords of the realm and members of the gentry donning all the impediments of chivalry to joust like knights of old, giving themselves silly names — the Knight of the Swan and the like — and generally making fools of themselves. Old England forever, and all that.”

“Well you may say, ‘Ah,’ but you did not have to travel to Ayrshire on roads crammed full with ten thousands of carriages, totter around a village in desperate search for a room and a bed, where no more beds were to be had for miles and miles. And everybody milling around in the most ridiculous costumes imaginable.”

“But that wasn’t the worst,” MacNeil continued, his voice becoming even gloomier. “No, the worst was when I sat on that gallery amidst all the chivalric gaiety and had to watch my chief artist and best friend”—he leaned closer as if to divulge a terrible secret—“fall in love.”

“But that is very romantic, is it not?”

MacNeil reared back and cast the other man a baleful glance. “Romantic! What nonsense! As if one ought to take delight in one’s best friend turning into a veritable mooncalf! A detestable spectacle, if I ever saw one.” He drank from his beer. “And on top of everything else,” he muttered, “we had forgotten to take our umbrellas.” 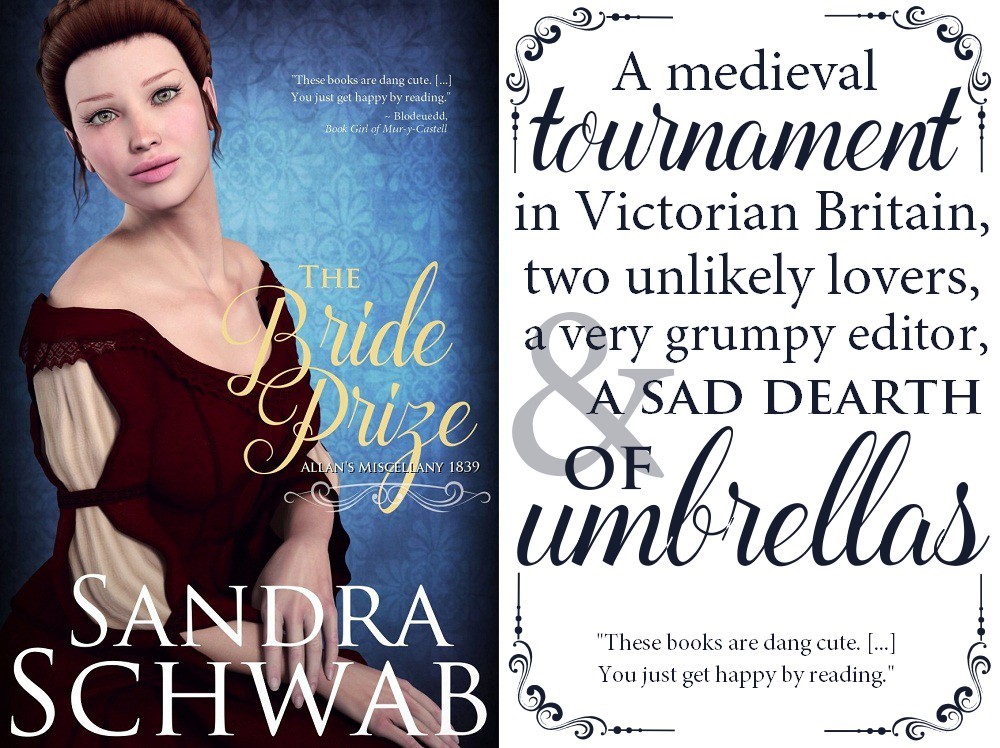 A medieval tournament in Victorian Britain,

& an unfortunate dearth of umbrellas.

It’s 1839, and Lord Eglinton’s tournament in Scotland is the most anticipated event of the year: he and a group of his noble friends will don medieval armor and joust like knights of old.

Does this mean a revival of true chivalry? Miss Florence Marsh thinks it might.

Or is the tournament mere tomfoolery and the greatest folly of the century? Mr. Robert Beaton thinks it is.

But when Flo and Robbie meet at Eglinton Park, they’ll learn that a dash of romance can overcome the greatest differences and that true love might find you in the most unlikely place.

If only Robbie wasn’t working for that scandalous new magazine Allan’s Miscellany! If only Flo’s father didn’t detest the periodical press!

And if only they had remembered to bring an umbrella!

“[T]hese books are dang cute. So freaking cute. You just get happy by reading.” 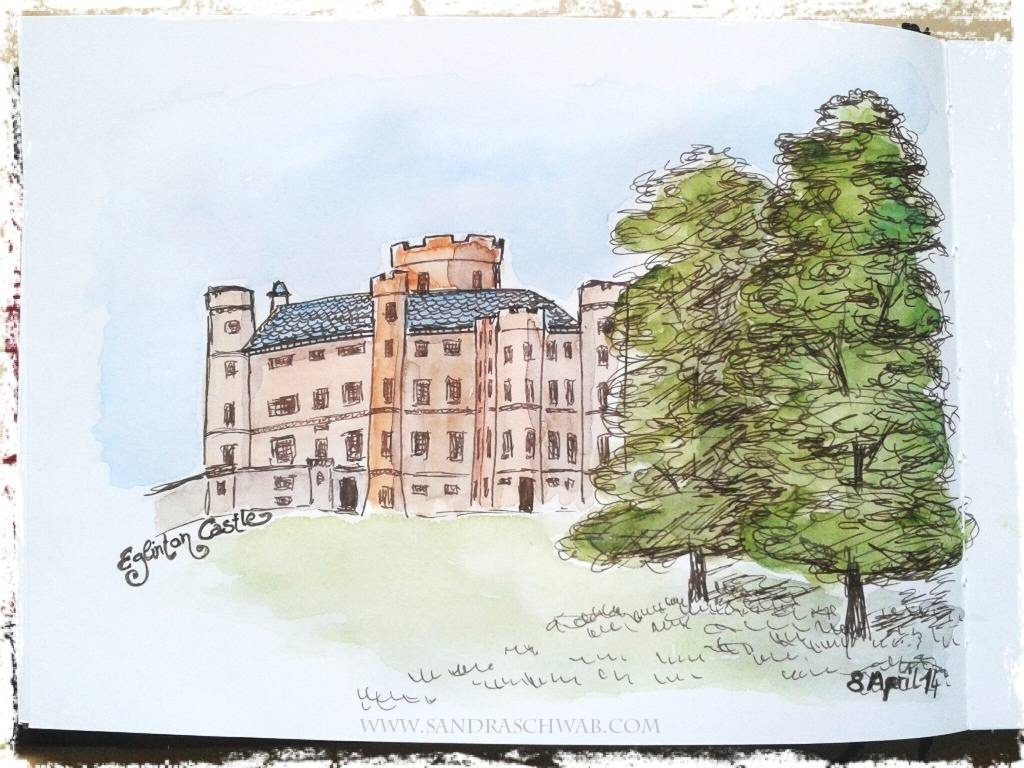 Charging down the lists towards the wooden dummy on wheels, the noble Knight of the Swan suddenly lost both his balance and the control over his horse. One moment he was a shining star of chivalry, his armor glinting in the sun, and the next he was flying over the head of his horse and landed in the mud in an undignified sprawl.

A groan rippled through the crowd of spectators, then laughter as the Knight of the Swan—the Honorable Mr. Jerningham—heaved himself upright, unhurt, with nary a dent in his fine armor.

Robert Beaton, writer and chief—indeed, only—artist of that hopeful new periodical Allan’s Miscellany scribbled into his notebook, his boyishly round face crunched up in concentration. He added a few lines, a hasty sketch…

Drat, we need somebody to do satirical illustrations, he thought, glancing up to see how the next knight riding against the wooden dummy would fare.

Once again, he was struck by the incongruity of the scene: The gardens of the Eyre Arms had been transformed into a jousting ground, with elevated benches on either side to accommodate the spectators, members of the gentry and the aristocracy. There were several thousand people present this afternoon to watch the chivalric proceedings—and this was merely the final rehearsal before the tournament proper!

There was no question: he needed to get Mac up to Ayrshire next month. All the papers and periodicals would be writing about Lord Eglinton’s medieval spectacle. Unthinkable that Allan’s Miscellany should not!

Down at the grounds, the dummy knight was cleared away and preparations were made for the main event of this rehearsal: the tilting between the Lords Eglinton and Waterford.

Lud! It’s Ivanhoe sprung up to life! Or rather, Astley’s in St. John’s Wood. A circus show with buffoons in sparkling armor, who took their chivalric endeavor very, very seriously indeed. They had even given themselves names—the Knight of the Swan, the Knight of the Dragon; there were a few lions as well—as if they were children playing at dressing up.

Oh, Mac would just love this—he would get that glittering look in his eyes as if he wished nothing more than to level somebody. Or at very least demolish them with words. He was very good at that, Mac was. It had been his sarcastic wit which had made Allan’s Miscellany notorious these past months. Good for making people talk about the magazine, but not necessarily something which would secure them a wider audience. Hence it fell to Robbie to tune down his friend’s more caustic outbursts.

A flourish of trumpets sounded, and amidst the cheering of the crowd, the two noble lords…eh, knights charged at each other. Or rather, trotted towards each other and passed each other with a good few yards in between them. If anybody had expected the thunder of galloping hooves from a historical novel, they would be sorely disappointed.

Robbie chuckled. They should have taken some lessons from the performers at Astley’s! 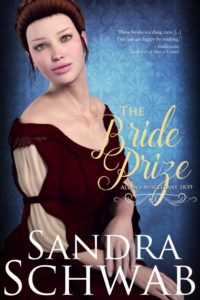 Award-winning author Sandra Schwab started writing her first novel when she was seven years old. Thirty-odd years later, telling stories is still her greatest passion, even though by now, she has exchanged her pink fountain pen of old for a black computer keyboard. Since the release of her debut novel in 2005, she has enchanted readers worldwide with her unusual historical romances (some of which she now uses to shamelessly fangirl over Punch, her favorite Victorian magazine).

She holds a PhD in English literature, and in autumn 2015, she appeared on the BBC documentary Great Continental Railway Journeys to talk about another favorite topic of hers, the Grimms’ fairy tales (while walking through a rather muddy stretch of the Black Forest) (there were a lot of slugs, too).

She lives in Frankfurt am Main / Germany with a sketchbook, a sewing machine, and an ever-expanding library.

Hearts and Diamonds At Risk