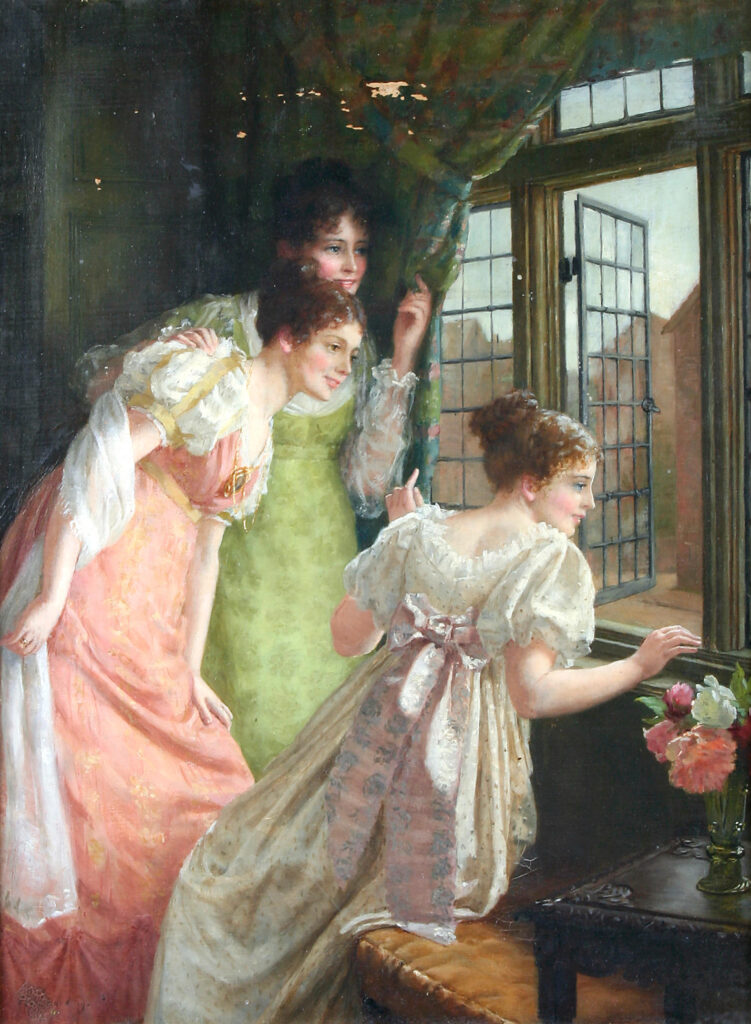 The women who call themselves the Bluestocking Belles are at it again, Sam — invading another set of lives and writing a series of tell-all stories. And people call the Tattler a scandal rag!

This one will be out next year, but I should be able to scrape a few details from the Belles and their friends before then. This year, Meara Platt, Ella Quinn, Mary Lancaster, and Alina K. Field have joined the Belles for the collection.

So far, what I’ve discovered is that all the stories are about one family and their connections.

You may remember the jokes and gossip a few years back when the Earl of Seahaven took his fifth bride, and her young enough to be his granddaughter? And a baker’s daughter, at that. Then he died before the first year was out. All jokes about stamina and demanding young brides aside, it was a terrible thing for the girl, especially when the child she was carrying at the time was not the Earl’s longed-for son, but a ninth daughter.

The new earl, a distant cousin, decided that he had no responsibility for the upkeep of ten females. The dowager countess was left to her own devices, with her own baby girl and eight step-daughters.

That was three years ago, more or less. The latest news will be in the Bluestocking Belles’ new collection of stories. Apparently, the ladies have managed to somehow afford a York Season! There’ll be more than the races to amuse the Polite World this year. It’ll be intriguing to see how many suitors are willing to take on a bride with a very small dowry and a whole platoon of sisters.

I’ll be digging around some more, Sam, and I’ll certainly let you know what I find out.

Oh! And the collection is called Desperate Daughters. Catchy title, that, and it says it all, really. This should be a lot of fun!

Vigilante among the Ton?