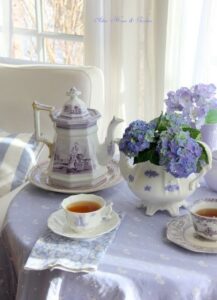 It has come to this editor of this newspaper’s attention that the young Mr. Ingleby, a clergyman who promised to be such a patron of all that is good and Christian in Hertfordshire society, has died.

Mr. Ingleby, a young graduate of Oxbridge, who had lately taken orders, came to Hertford to temporarily stand in at the pulpit for Mr. Greene, who was called away to attend the bedside of a sick relative. From all accounts, Mr. Ingleby’s goodwill toward others and charming manners did him good stead with his neighbours, and he proved to be a popular dinner companion amongst the parishioners.

But alas, trouble has befallen the town of Hertford, for at the very day of a local baking competition, Mr. Ingleby had no sooner bit into a baked tart produced by Mrs. Greene, the wife of the former reverend, than did he suffer choking pains and collapsed, never to rise again. Even worse, the money raised by the competition to support the repairs for the church roof, has disappeared.

With a theft, a death, and eight bakers suspected of having done away with the charming Mr. Ingleby, who can say if this was simply a culinary accident or murder? Rumour has it that the young clergyman was kind and generous toward his neighbours, but consistently spoke ill of his hostesses, Mrs. Greene and her niece, Miss Poppy Morton. Could these two women have decided to give the gossiping Mr. Ingleby a taste of his own medicine?

Should any readers have information which may provide useful in this investigation, please write to the editor or speak with Constable Henry Dyngley.

Title of book: The Poisoned Clergyman
Purchase link: https://www.amazon.com/gp/product/B0B1NZ97DX?notRedirectToSDP=1&ref_=dbs_mng_calw_1&storeType=ebooks
Book blurb: Poppy adores Constable Dyngley, but he is engaged. When his fiancée hires Poppy to clear her name, can Poppy put her jealousy aside?
Welcome to book two in the exciting new series The Perfect Poison Murders from bestselling author E.L. Johnson!When Poppy’s uncle is called away, in his place arrives Mr. Ingleby, a pretentious clergyman with a passion for pies, a penchant for puddings, and a distaste for poor and sick parishioners. It’s not long before Poppy wishes he was gone, especially when she learns he has been gossiping to the neighborhood about the humble fare served by her and her aunt.But when the tart-loving clergyman dies at a local baking competition, it is clear that Mr. Ingleby has been poisoned by one of the bakers present. But who?Poppy and her favorite constable, Henry Dyngley, must work together to find the poisoner among the bakers. But her romantic hopes for their future are dashed when he introduces her to his fiancee, who begs for Poppy’s help to clear her name as a murder suspect.Can Poppy and Dyngley find the true poisoner, or will the murderous baker pull off a sweet crime? Can Poppy overlook her jealousy to save Dyngley’s fiancée, at the risk of losing the man she adores? It is a bittersweet feeling to know you may do the right thing, only for someone else to reap the benefit.Find out in a new historical mystery from bestselling author E.L. Johnson. This is the second in the Perfect Poison series, starring Poppy Morton and Constable Henry Dyngley. Author bio:E. L. Johnson writes historical mysteries. A Boston native, she gave up clam chowder and lobster rolls for tea and scones when she moved across the pond to London, where she studied medieval magic at UCL and medieval remedies at Birkbeck College. Now based in Hertfordshire, she is a member of the Hertford Writers’ Circle and the founder of the London Seasonal Book Club.