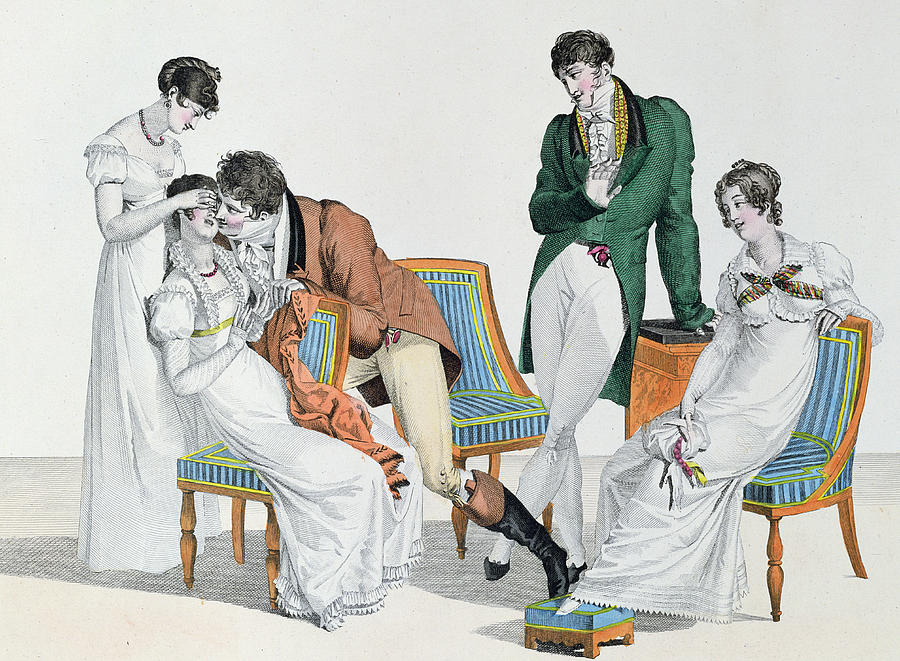 Dear Sir,
As an avid reader of your illuminating reports, it behoves me to inform you of some rather scandalous behaviour recently observed concerning a certain gentleman of my acquaintance, FD. This man, well known in the first circles of society, is of the finest pedigree, if not, perhaps, always so gentlemanly in his actions toward others. He is, at present, rusticating in parts not far from London, where he is consorting with a lady so far below him as to make one wonder at his intentions.

Whilst in Hertfordshire, at the home of his friend, this gentleman has found himself in a most alarming situation, for there are now residing in the house not one but three unmarried ladies, only one of whom is related to either gentleman.

One of these is the above-mentioned lady, EB, who has been heard hurling the most venomous insults towards FD, and FD—so unlike anything a gentleman ought to do—has responded in like manner. Scarcely a word can pass between them that is not barbed like an arrow, which brings one to imagine whether this is all a show for the benefit of their companions to divert all notions that there might be some other, even less respectable, association between them. The town is quite put out by this outrageous behaviour, and now the two are forced to be living in the same house!

Furthermore, there have been a number of scandalous activities taking place in this very house, such as eavesdropping, deliberate trickery on the part of others, and play acting. I, myself, have been party to some of these as an invited guest and have seen such goings-on as to cause me to blush.

EB’s character must be brought under suspicion for her role in this whole affair, and likewise that of her sister J must likewise be concerning. FD is certainly consorting with people so far below him.

This is, I might add, the same FD who only last summer removed his dear sister from a most fortuitous engagement, thereby depriving her of the love of her life, and casting her into a sort of prison, guarded over and unable to receive any communications from those who have her interests at heart. I put it to you, sirs: should this gentleman—in name only—be permitted to retain his elevated position in society when he engages in such dreadful behaviour?

Scandal can be found anywhere!