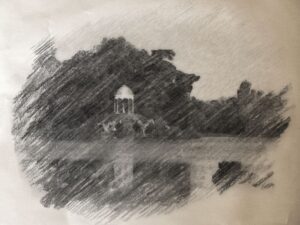 It is not unusual to hear whisperings from the countryside, but there often is no way to verify the veracity of such rumors. Woodfield Park has long been the source of much speculation with the Earl of Woodfield’s years of isolation and his failing heart, but with the unexpected death of his eldest son, the gossip mongers 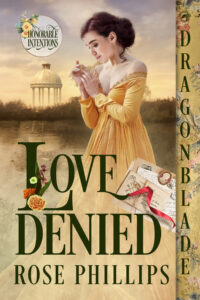 have been ripe with conjecture. It does leave one wondering why Lord Walford was out in the woods hunting off season and how such a careless accident could possibly have occurred. But, as I’ve pointed out, there has been no way to confirm goings-on so far from town. Until now.

As luck would have it, a well-known fully-respectable artist acquaintance of mine has found himself in the surprising position of witness to something that perhaps might at least explain more recent events. While I cannot disclose his name—as he was somewhere he oughtn’t have been, and despite the fact that his reasons are entirely harmless, he did not seek permission first, so his transgression might be considered trespassing—I can personally vouch for his integrity.

The artist was casually sketching the folly at Woodfield Park when the sound of hooves drew his attention. At the time he did not recognize the lovely woman in green, but with subsequent happenings, one must surmise that it was the Woodfield neighbor, Miss Baring, only daughter of Baron Stratton. He, of course, thought nothing of it and continued with his sketching until his attention was once again drawn to the folly as another horse and rider approached. He had heard rumors that the remaining son, Mr. Nicholas Sinclair, now the new Viscount Walford and only heir to the Woodfield estate, had returned from the battlefield, and felt certain he was the man standing at the entrance of the folly.

Now, the artist was unwilling to posit what he thought their meeting was about, but he did note they were alone together for quite a length of time and, as they left, they appeared inordinately affectionate even from his distance from the other side of the lake. Considering the hasty marriage ceremony the next day, it is difficult not to jump to conclusions. However juicy a tidbit that might be, it is not what leaves this writer wondering what is afoot at Woodfield Park. For although the Woodfield servants are an unusually tight-lipped ensemble, there is one who is more than happy to tell others what she knows. Apparently, the tension is so thick in the manor you could cut it with a butter knife. And Lord Walford, a man so anxious to claim his wife he appears to have anticipated the marriage bed, is keeping his days busy on the estate and spends each night in the study. Alone. If indeed this was a marriage born of passion, what could possibly be keeping the newlyweds apart?

Was the dalliance at the folly, indeed true folly?

Years separated them. The past keeps them apart. Can a lifetime of loving bring them together again?

Catherine Baring has chased her brother Laurence, and the neighboring Sinclair boys, through childhood into adulthood. She adores all three, but it is the younger Sinclair, Nicholas, who owns her heart. When Nicholas leaves to join the fight against Napoleon, she vows she will wait for him. However, four years is a long time and circumstances change. Faced with the threat of a scandal that will lead to penury and, worse, possible criminal charges, Catherine agrees to do the only thing that might deflect attention from their families—marry the elder Sinclair, Daniel.

Daniel is killed before the two are wed, and Nicholas is summoned from the battlefield to assume the role as heir to Woodfield Park. Disillusioned by the atrocities committed on the continent, his brother’s death is another blow. He clings to thoughts of Catherine, certain that in her arms he will find the solace he craves.

Instead, Nicholas finds betrayal and deceit. Catherine claims to love Nicholas, but she refuses to repent for the betrothal to his brother. Nicholas buries his conflicting feelings, and himself, in the neglected affairs of the estate. But a lifetime of loving is hard to set aside, and when he discovers a series of letters that reveal the truth behind the traitorous engagement, he’s not sure he can.

As they struggle with loss and longing, one thing becomes clear to both Nicholas and Catherine. Only in confronting the past can they hope to build new dreams for the future.

And, for the curious, at the folly…

She dismounted, leaving Star to graze. There was no need to tie the horse, as it would not leave. This was familiar territory to the mare, and she always waited patiently.

There was no sign of Nicholas. Well, that in and of itself was telling, was it not? If he did not come today, then he had truly severed her from his life. She could not blame him one whit. No, she could not fault him at all. Yet she would be forever tormented by his rejection, rightful or not.

She drifted up the steps of the folly, caressing the flower petals as she went. They were vibrant velvet, four years of growth obscuring the pillars with their beauty. She opened the oversized wooden door and entered the vast chamber. Nicholas had not wanted to break up the majestic interior.

Its lushness still made her happy. Nicholas had adhered to the barren beauty of classical structures but had furnished it like a Turkish palace—plush carpets, comfortable settees, and extra wide chaise lounges abounded. Sheets of sheer curtains billowed in the breeze that flowed freely through the upper arches. The tall main windows remained fast against the weather but he’d cleverly included upper arcs of open space, unimpeded by glass. He wanted the building to remain fresh at all times. Fresh as their new found love. She smiled at the memory of his declaration.

Not a declaration but a prayer. His voice was reverent. Did she imagine it? She turned. He had come, his silhouette tall against the morning sun, his face hidden in the shadow.

She bit her lip to stop the trembling.

He entered, his dark shape transforming into defined features much as her furniture had done in the early light. His eyes were indigo with emotion. Was he angry? Forgiving? Full of love? No, he was tense. So, not here to grant her absolution.

“Nicholas,” she started, not quite sure what she could say to make him understand. No words came.

In a few quick strides, he was with her, taking her into his arms, and seizing her mouth with his. She surrendered easily, relishing his attack. Oh, how she had dreamed of this. The reunion of her fantasies. He was not gentle and she was glad of it. He was angry. He was needy. So was she. She met his every volley, craving this as much as he did.

He shuffled with her backward until her legs hit furniture, and they buckled upon a chaise. His weight was a comfort, the hardness pressing against her stomach a joyous relief. She wanted to shout in triumph. He wanted her. He loved her. He must, must have forgiven her! Her kisses became feverish as she pushed at his open shirt, her hands caressing his warm chest. She whimpered. For so long, she’d imagined touching him again.

“Catherine,” he murmured, grabbing her hand and pressing it to his heart. “My Catherine, my love.” He raised her hand and kissed it with such aching veneration, tears blurred her vision.

“How I have yearned to be with you again. How memories of you have sustained me through endless nights.” His eyes darkened further. “Picturing you here at the folly kept me going. Knowing that you had yet to know the pleasure of our joining ensured I did not capitulate in battle. I knew I must come home to you. That you waited for me. To fulfill my promise of loving you.” He rested against her neck, gently nuzzling.

How many nights had she dreamt of this? She ran her hand through his hair, relishing the familiar feel of the thick strands, of his breath on her neck, of the spicy scent of him. The last thing she wanted was to shatter the moment, but she needed to know for sure, needed to hear the words. “You forgive me?” she asked quietly, going still, hope and fear mingling together.

He raised his head and stared at her. His brow furrowed and her heart skipped a beat. “Forgive you, my love? There is nothing to forgive. I don’t fully understand what happened, but I know if there is blame it rests entirely upon his shoulders.” He kissed her forehead and then pulled back again, locking gazes. “His actions are not yours. I do not forgive you because there is nothing to forgive.”

“I didn’t think you would understand. I love you so. I never stopped even when…” Her voice caught in her throat. No words could express her relief, her joy. So, instead, she pulled his head down and lost herself in a kiss that left her panting with need. 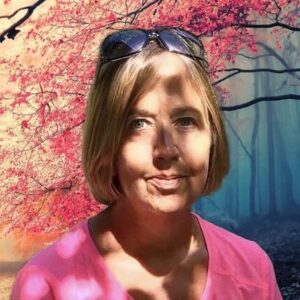 She touched his face, tracing his sharp cheekbone down to the slight cleft in his chin, not knowing what to ask.

LOVE DENIED is the first book in the HONORABLE INTENTIONS series by Rose Phillips. You can find her at various places in the cyber universe including: