A Kidnap Threat To The Ambassador to the Kingdom of Two Naples!

Despatches from Palermo (1810)
by Lord William Bentinck, English Ambassador to the Kingdom of Two Naples 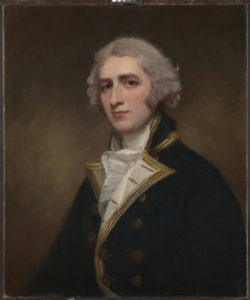 My dear Lord Chamberlain,
I enclose this letter to you privately, so it will not appear in official correspondence.

I find myself the subject of a most extraordinary plot – one of kidnap on the high seas.

As you know, I have entered delicate negotiations with the Bey of Tunis for the release of more than three hundred Sicilians who were forcibly abducted from their home by the corsairs of the Barbary Coast.

Not only is it a matter of justice, but freeing of these unfortunate souls would also build immeasurable goodwill among the people whose interest I am trying to further with my reforms.

So far, standard diplomatic tactics have proved fruitless with the Bey. I don’t know if you are familiar with this culture but it appears to be the custom for the all the promises in the world to be made but when it comes time to deliver, it is a never ending litany of excuses.

With Napoleon’s Empire at my back in Naples and the Barbary Coast Pirates at my front, it is no easy task set before me. You know of my penchant to follow my intuition and I have done so once again with two young men. 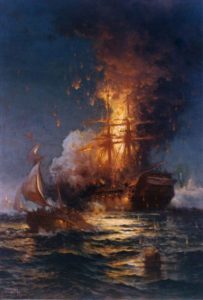 Let’s hope Captain Hardacre can deal with the captured French Frigate in a less spectacular manner.

Captain Christopher Hardacre is an Englishman who runs a merchant vessel out of Palermo. He’s come to me with the most extraordinary tale. It seems one of the pirates has acquired a French frigate and he harbours ambitions to abduct me and my wife and hold us for ransom.

It sounded like a ravings of a mad man – and I have to confess that if was just his testimony alone I’d ignore it, but in Hardacre’s favour is one of his men, an African by the name of Jonathan Afua who I’ve come to learn is a son of one of Ethiopia’s most aristocratic families. He strikes me as being a much more steady character than his captain. It is his grave assessment I’ve learned to trust.

As for the abduction threat, Hardacre has hatched an audacious plan to keep me safe in exchange for the claiming the French frigate for himself as spoils.

Whether Hardacre succeeds or not is immaterial as I have appraised Admiral Freemantle who has agreed that the next meeting with the Bey of Tunis should be done as a show of force so we will be arriving in Tunisia with a fleet that also contains the flagship The Milford.

I’ll write when I have more news,

Shadow of the Corsairs 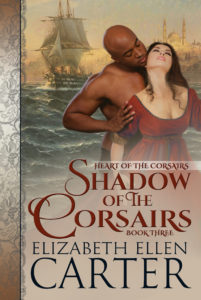 Even though it had been more than a year since his captivity there, the very sound of its name reminded him there was work still to finish, a past that could not draw to a close until he had answers.

“Bagrada. Are you sure?” Elias asked. “We’ve sailed by several times over the past six months and there’s no noteworthy activity there.”

Hardacre looked up from the map of the Tunisian coastline. “Sharrouf is certain.”

Elias snorted and folded his arms. “I think you put too much stock in what that man says. He’s a snake, Kit, and he’s not to be trusted.”

“I never said he was to be trusted. He might very well hate Kaddouri as much as we do. But so long as he is a member of the inner circle, then he is useful to us.”

“Unless Kaddouri is using him to lure us into a trap,” countered the first officer. “We’ve stopped three of his raids over the past twelve months and helped free more than a hundred enslaved souls. He’d be just as keen to see the end of us.”

Jonathan shook his head. Kit and Elias bickered like he and his older brother used to. It was time for him to step in.

“What’s Sharrouf getting in exchange for telling you the location of Kaddouri’s fleet?” he asked.

“Information here and there to help with something.”

Hardacre said nothing for a moment. The upturn of his lip was trouble, Jonathan knew that, and so did Elias who turned away with an exaggerated groan.

“Go on,” said Jonathan. “Tell us the whole thing before you make Elias’ head explode.”

“I might not have been completely honest with Sharrouf,” Hardacre confessed. This time, both ends of his mouth lifted and there was a twinkle of manic glee in his eyes. “I told him Bentinck plans another trip to Tunis to petition for the release of the Sicilian slaves, but I neglected to tell him Bentinck’s going with a show of strength instead of taking one ship with a single escort. Accompanying The Milford will be a dozen heavily-armed ships from the Royal Navy.”

“And both Bentinck and Admiral Fremantle know to expect an attack,” Jonathan concluded. “That’s a good plan. What makes you sure Kaddouri will take the bait?”

“Oh, he will. Sharrouf has told me he’s just managed to acquire a double gunned frigate.”

Elias rocked back on his feet. “How has he managed to get one of those? That would carry almost as much firepower as The Milford.”

Could you wow the Teatime Tattler audience? Contact us if you think you can.