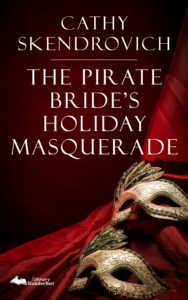 I hope this missive finds you and yours happy and healthy. Congratulations on becoming a grandmother. You make a fierce pirate leader, yet I think this baby will find you to be an easy conquest. Please tell me how it feels to hold the child of your child in your arms, since I have nothing to compare, alas.

I am happy for you, my dear, although it means our mid-sea rendezvous will become less frequent, am I right? Please tell me that at lea

st you haven’t given your heart to anyone else but that grandchild.

I write to you today heavy-hearted. Andre and Sophie arrived the other evening, proclaiming they want to spend Christmas with me. You cannot imagine how excited I was. I was sure they were going to tell me I’m a grandpapa. Instead, Andy pulled me aside and told me he’s afraid Sophie is dying. Dying!

Granted, she looks thinner than usual, and has shadows under her eyes, but her personality is still vibrant. I find it very hard to believe that she is wasting away, unless she has been overtaken by some unknown virus. Andre is beside himself with worry, which gladdens my heart to some degree. I never thought I’d see that ungrateful pup settle down and take a wife, let alone fall in love.

Sophie wants to throw a Christmas masquerade ball, the likes no one in New Orleans has seen in years. She is so excited to do so, I can’t tell her no. And if she is ill, I can’t prevent her such a small happiness. So, here I am, stepping out of the way while the long gallery is swept, and dusted, and polished, much like when my dear wife was alive. My reward is the brightness of Sophie’s smile. 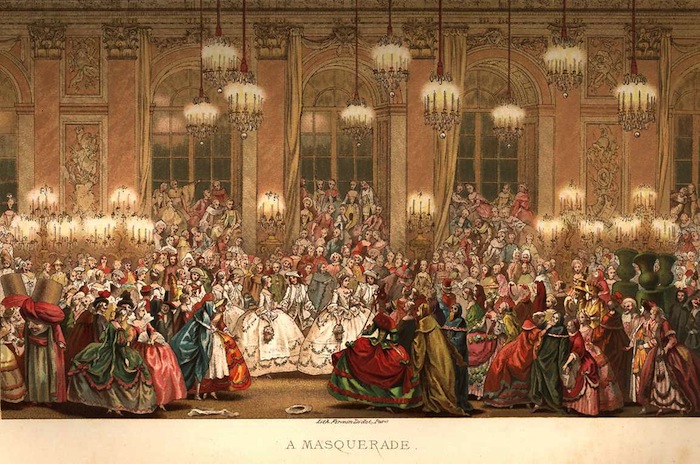 Of course, Andre is not on board with this celebration. He would much rather spend Noël on the open sea, gathering his form of Christmas gifts from unsuspecting merchant vessels. Yet, even my bullheaded son can’t help but notice the transformation in his wife. There is a renewed twinkle in her eye, and a bounce in her step that wasn’t there when they arrived. And, even though they think I don’t notice, I’m aware that they disappear into their room most afternoons. 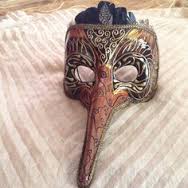 I hope against hope that, instead of some deathly illness, dearest Sophie is with child. You would think it possible, would you not? They are newlyweds, after all. I hold my breath daily for the news, and in the meantime, my home is readied for the ball.

I toy with the idea of wearing a pirate mask for laughs, but my daughter-in-law doesn’t find that amusing. She tells me I should at least make an attempt at anonymity. I know you see the humor in that request, as well. It has been a long time since you or I have been anonymous.

Sophie wants dancing, about which Andre also complains. Honestly, now that he’s been home for a few days, I’ve noticed he complains a lot. I don’t believe I was ever that vocal during married life. For example, he doesn’t like the minuet; says it’s a prancing dance that makes fools of the men.

Have you ever danced it, dearest Qiao? Or is there something similar in your culture? I tell my son to shut his mouth, and be happy his wife is happy. This younger generation doesn’t know how to get along in the matrimonial sphere. Hopefully, your daughter and son-in-law are managing better.

I feel calmer, now that I’ve voiced my concerns to you, dear friend. Mayhap I will have answers to all my questions by the time this letter reaches you. Pray for Sophie’s health, and my patience with my obstinate son. And, of course, drop a kiss for me on the head of that new grandchild. Congratulations, and know that I miss our time together.

“Sophie? Sophie Bellard? Is that really you?”

Sophie’s head snapped up at the sound of the unforgettable voice from her past, while her purse fell to the cobbled street from suddenly nerveless fingers. Her body began to shudder and vibrate at the nightmare that was Gilbert Harrington’s silky voice.

She felt faint, in danger of collapsing, her past hurtling toward her like an out-of-control mining cart threatening to jump its track. She reached out a steadying hand against the brick wall of the flower shop.

No longer did she occupy a cobbled street of the Vieux Carré during Avent. She’d been transported, trembling and afraid, to that time, five years ago, when she’d lost her innocence. Her innocence, and her youth. Just the sound of his voice, the timbre and its cadence, was enough to catapult her into a shivering mass of fear and dread.

She had no defense, carried no weapon. How could she? Gone was her pirate garb, her protective armor. In its place, she wore silk and brocade, gilt buttons and a feathered hat. There was no hiding place for a deadly dagger or a one-shot pistol. Just as there was no devilish pirate to come swinging in on a line, clenching a curved blade between his teeth and racing to her rescue. She was his defenseless prey.

As she continued to stare dumbly at the man before her, one part of her mind, not frozen in fear, noticed that Gilbert Harrington hadn’t changed much in five years. He’d bulked up slightly, bore a man’s frame instead of a youth’s, and his eyes glittered like hardened chips of ice.

Gone was the thin, gentlemanly veneer he’d used to woo a star-struck young girl experiencing the first throes of romance. In its place stood a man used to getting what he wanted with little or no resistance; a man stimulated and aroused by feminine defiance. She recognized these traits after living in the company of men for those same five years. Recognized, but could not articulate a properly scathing response.

Like a predatory shark, he moved in, grabbing hold of her upper arm in a tight grip and leaning forward until his mouth rested mere inches from her ear. “I remember you, Sophie. I remember every moment we were together like it was yesterday. Every touch, every sound, every movement.”

His hand began to smooth up and down her brocade-covered arm in an unsettling caress. She remained statue-still, incoherent whimpers erupting from her throat. This could not be happening. He could not be standing here, in her present life. But he was, she acknowledged through the haze of fear blanketing her, as she stared straight into his smiling visage.

“I’ve never forgotten you, Sophie, though there have been plenty after you.” Here he chuckled, running his forefinger down her cheek. He laughed again, while she closed her eyes to the memories he dredged up.

Leaning in until their noses almost bumped, brows lowering and lips peeling back into a ferocious mask, he continued, “Imagine my surprise when I heard you’d become a pirate, marrying into the Dubois family, and becoming the Commandant’s darling daughter. You did alright for yourself after me, didn’t you, little Sophie?”

And then his lips were on hers, crashing against her mouth in a bruising imitation of a kiss, while both hands clasped her arms as he hauled her up against him. 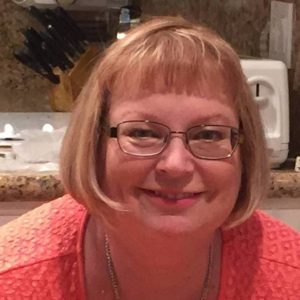 About the Author
Cathy Skendrovich has always loved a good story, and spent her formative years scribbling what is now called Fan Fiction. The current heartthrob of the time featured heavily in all her stories. Unfortunately, once she went to college, her writing took the form of term papers, written on typewriters instead of computer keyboards.

Upon graduation, Cathy took a job as an English teacher in a middle school. Along the way, she married her husband of now thirty-three years, had two sons, and moved to southern Orange County, California. She chose to work part-time in the school system there.

She likes writing romance because she feels it’s lacking in today’s technological world. While she enjoys writing contemporary stories, creating romance in bygone times fascinates her. She hopes her ability to write in both genres will be the beginning of a long and satisfying writing career.

You can reach Cathy at the following sites. She loves hearing from readers.

Hearts and Diamonds At Risk