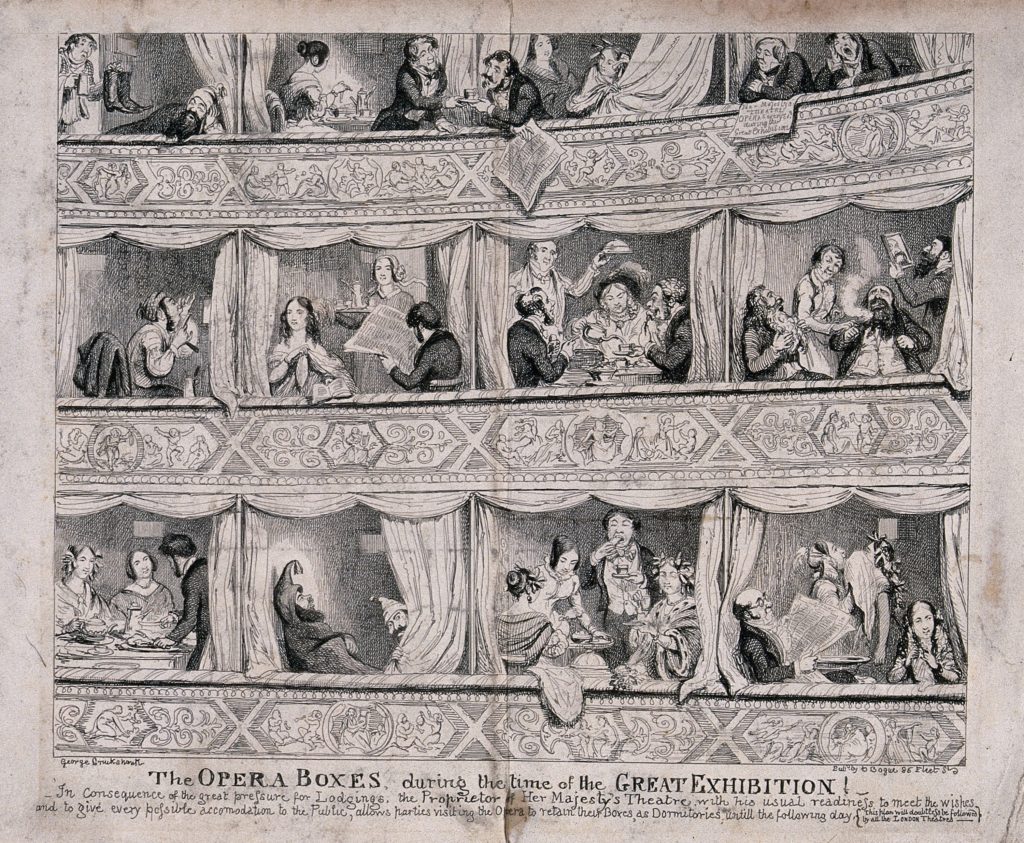 ‘People are sitting in opera boxes using them for many activities. Etching by George Cruikshank.’ . Credit: Wellcome Collection. CC BY

We are reliably informed that hussy, Harriette Wilson, was seen parading on the arm of the Regent at the opera last night. No doubt, she expected the punters would be more interested in her scandalous doings than in watching Edmunde Keane’s faultless performance of the gloomy Hamlet. Alas, her grand moment was eclipsed by the presence of Lord Rogan Windermere and his brand new bride, the erstwhile Miss Jassinda Carlisle.

The pair were recently wed in the old chapel at Windermere Abbey, the Earl’s country seat in Hampshire. Why we ask, when Windermere waited so long to come up to scratch, was the thing done with such haste? Even more intriguing was their being accompanied at the opera by Windermere’s cousin, Dominic Beresford, the Duke of Wolverton.

It is common knowledge the Duke twice laid his heart at Miss Carlisle’s feet and had it rejected. What scandal is that lady now courting by spending the entire evening closely attended by her new husband and her rejected lover? And I do wish someone would tell how she brought an obviously besotted, but just as obviously reluctant, Windermere to his knees. I’m guessing they were desperate measures indeed for the lady is fast approaching the quarter century! 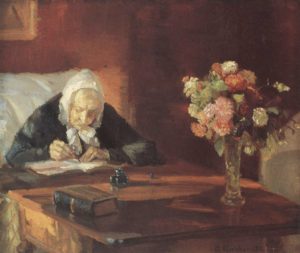 Perhaps she will give a hint to the Heavenly Iceberg, Lady Sherida Dearing, who was also in attendance, though left to the questionable attentions of that handsome scapegrace, Lord Baxendene. One can only surmise the Great Bax is losing his touch for no hint of a thaw was noted. Lady Sherida should consider that even icebergs of the heavenly variety lose their freshness if left too long in the ice house!

Although the gentlemen are frequently seen together it is unusual for any one of them to attend the opera. It is to be hoped that now Miss Carlisle is finally off the marriage market the Duke of Wolverton will allow his heart to engage elsewhere.

(Now there’s a man whose boots would look well under a lady’s bed!)

But we digress! Our informant noted neither gentleman appeared particularly happy nor communicative with the other.

And since I have information from another source hinting at Windermere’s absence from the country for several weeks following the marriage, one suspects all is not charity in Chez Windermere. 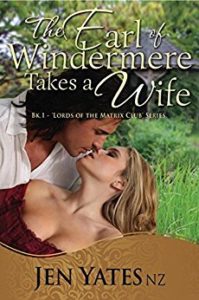 The Earl of Windermere Takes a Wife

(Regency Romantica – Sexy Romance with a hint of Erotica.)

How long, and why, must a woman wait for a man to make her his when she knows his love is as great as her own?

Jassinda Carlisle was always to have been his, but by the age of twenty Rogan Wyldefell, Earl of Windermere, knew he could never be hers.

At her 16th birthday, he’d slain her dreams of becoming his wife and had maintained a strictly platonic friendship ever since.

Her desperation and a small push from fate force Rogan to a point of honor. To save her reputation they must marry, but who will save Jassie from the vengeful monster unleashed within him when the woman in his arms begins to beg?

Is Rogan strong enough to withstand the woman he loves?

Is Jassie strong enough to be his redemption?

‘What? Of course I know how old you are. Twenty-five. And I know how old I am too. Thirty-six, in case you’ve forgotten,’ he snarled, almost sarcastically. He’d sensed she was off-balance and that what she wanted to discuss with him was, doubtless, even more so. ‘What does that matter to the point?’

Jassie breathed deep and fixed her attention on their hands gripped so tightly their knuckles had whitened. This was her moment, her only chance. She might as well just spit it out, as Philip would have said.

‘I’m never going to marry but—but I—confound it, Rogan, I just have to know—just once—what it’s like to—to make love—no, I’m not asking that—I know the mechanics but I want to know how it feels to—you know—lie with a man!’ He never blinked and her own gaze danced across his face, desperately searching for a reaction, an emotion. Anything but the impression of horror that looked out of his eyes! She swallowed. ‘There is no one else I can ask. No one else I would want to ask—’

Breathing no longer a priority, Jassie wrenched her hands from his and jumped to a spot about three feet away and stared blindly down at Brantleigh Manor, lying like a toy model in the shimmering distance.

Then she closed her eyes and focused on the pain flowering in her chest and spreading to her belly. What had she done?

Links for The Earl of Windermere Takes a Wife 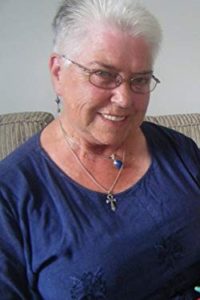 Jen Yates has always called New Zealand home, though she grew up with stories of her mother’s great-grandfather who came from England in the 1840s, to ‘drill the first militia’. Thus, England has always called even though Jen is a 4th generation Kiwi. Discovering the Regency era was like coming home, Jane Austen and Georgette Heyer ranking as her two favorite authors.

With a fair bit of life behind her, Jen spent thirty-three years as a primary school teacher, then retired and realized a dream of owning an antiques shop. It would still be one of her favorite things to do – after writing. But while learning the craft, income had to come from somewhere!

Jen now lives with her husband in Piopio, a small rural village in the North Island of NZ, and writes full-time. When she is not writing, she is keeping track of her family now spread through NZ and Australia, wandering about with camera in hand, or hanging out with friends, many of whom are writers!