From our York Correspondent: Music and Mysteries! 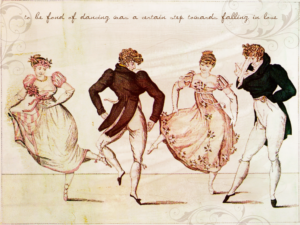 The 1817 York Season bids fair to be the most exciting for years. Not only are we expecting the late Earl of Seahaven’s bevy of beautiful daughters, chaperoned by their widowed step-mama, and an especially busy schedule of balls, assemblies, and al fresco parties, but a little bird near the theatre whispered to me that we are also to be graced by a musical virtuoso! 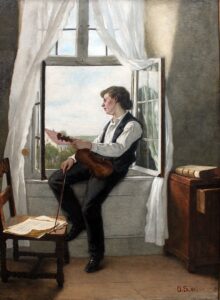 Composer and pianist John Sutton has been taking European audiences by storm for years, and we are thrilled that he is to make his British debut here in York. We are assured this will be a delight not only to music lovers, but to the ladies in general, for Mr. Sutton is rumoured to be most handsome and gentlemanly. But are we imagining the mystery surrounding Mr. Sutton? Why is he so famous in Europe, while in his home country, we have yet to hear him play a note? We await sight and sound of the great man with bated breath!

In other York news, we are sorry to report that the lost heir of Baron Allbury is still missing. The prevailing view among the family and lawyers concerned is that the late baron’s second son is also sadly deceased, and that the title and lands of Allbury will pass eventually to a nephew. But is it over-presumptive of said nephew to be using the title already? Readers, you must decide!

At the age of 27, Lady Barbara has long accepted her position on the shelf. She is thrilled to put aside her music-teaching in order to help her beautiful young sisters find eligible husbands.

But then, a chance encounter with an unconventional and mysterious young piano tuner has her heart in a spin. Can she trust him? And can she save him from the lethal threat hanging over them both?

He bit into a chicken leg. “What of you? For a teacher so eager to be paid…” He waved the chicken leg in the direction of her finery.

“Why do you think I was so eager to be paid?” she retorted. “All is not what it seems. Suffice it to say that my whole family is doing what it can.”

She blinked. “Sir, I am seven and twenty. I help my stepmother chaperone my lively sisters. They are the ones here to dance.”

“Well, I would rather dance with you. Not that I can in present circumstances, but trust me, I am not the only man who feels that way.”

Ignoring the color seeping into her face, she met his gaze. “Are you being kind, Mr. Jack? I assure you, there is no need. How long are you fixed in York?”

“Until the violinist is back on his feet, I suppose.” He shifted restlessly. “But perhaps I will go home.”

“You still have not been?”

“I still have not even spoken to those I need to.”

He hesitated, then: “Perhaps I am reluctant to give up my freedom.”

“Talking does not deprive one of freedom,” she pointed out, when she had swallowed the last of her pastry. “You have nothing to lose except peace of mind. Get it over with, and you will still have your freedom at the very least.”

“At the very least,” he repeated in an odd voice. His gaze was fixed unblinkingly on hers. A smile began to form in his eyes, crinkling the laughter lines, curving his lips, and her heart gave another of its foolish flutters.

Appalled at herself, she stood up. He immediately stood, too, and suddenly he was close enough for her to smell him, all warm, clean citrus and spice and male. Something surged between them, a flash of awareness, perhaps, certainly attraction on her part.

“I must get back to pursuit of my sisters,” she said, hoping she did not sound as breathless as she felt. “Thank you for the gallant rescue.”

It would have been easy for him to stand in her way. Half of her even wanted him to, but despite the warmth of his eyes, he moved aside at once, even pulled the door open for her and bowed. For an instant, as she brushed past, she thought he would say something more, but he just smiled and then she was out the door.

Mary Lancaster is a USA Today bestselling author of historical fiction and historical romance. She lives in Scotland with her husband, one of three grown-up kids, and a small dog with a big personality.

Her most recent books are light fun Regency romances, with occasional forays into Victorian mystery.

Congratulations to the Bluestocking Belles

Tempers Gallop; An Imprudent Wager Is Made!