Asking For A Friend…

I have a friend who is at her wits end and doesn’t know what to do, but she enjoys your newspaper even if she can only read it very slowly and has seen you have offered your sage advice to many others before her. I shan’t tell you her name because the situation is very delicate, and she is likely very soon to become engaged to a Duke, so I must preserve her good reputation. 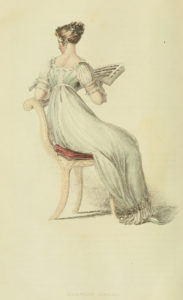 I say likely, because the whole ton expects the announcement eagerly, and they have done for over a year. I cannot imagine why he is dragging his feet because my friend is considered very beautiful and charming. Yet not only has he failed to ask her, he’s also never bothered trying to steal a kiss either which is very odd. Especially as she’s lauded as an incomparable and had men queuing for her hand before the duke came along.

In truth, he rather scared everyone else off and I had my head turned… I mean my friend did. Who wouldn’t want to marry a duke? Even if this one is a little dull and pads his jackets… only talks about himself…

But I digress, because whilst my friend has been doing absolutely everything in her power- short of smacking him across his arrogant head with her fan to chivvy him into a proposal- there has been another complication.

She’s met another man and is inexplicably drawn to him. He’s not noble- not by any chalk- but he is kind and handsome, painfully shy and most definitely does not need to pad out his jacket! I know this because I accidentally encountered him stripped to the waist at my sister’s house a few months ago and I have been entirely unable to dismiss the scandalously magnificent picture of his manly body from my mind.

And he’s a spy! On an important government mission. A secret he entrusted only to me… I mean my friend… when she recognized him pretending to be someone else. Now she is helping him navigate the murky waters of society, a place he feels very uncomfortable within, and in return he is going to make my, er, the duke jealous to hasten the anticipated engagement. Which is marvellous, I suppose, although I’m not entirely sure I want things sped along now that I’ve met Seb… I mean since she met him.

What should my friend do? 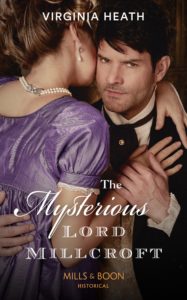 About the Book, The Mysterious Lord Millcroft

Life as a duchess… Or something much more dangerous…?

Constantly told her beauty and charm is all she has to offer, Lady Clarissa is intent on marrying a duke. And intriguing spy Sebastian Leatham will help her! Only first she’ll assist him with his new assignment—playing the part of confident aristocrat Lord Millcroft. Sebastian awakens a burning desire within Clarissa which leaves her questioning whether becoming a duchess is what she truly longs for…
Purchase on Amazon 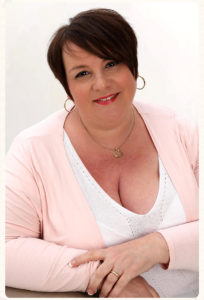 When Virginia Heath was a little girl it took her ages to fall asleep, so she made up stories in her head to help pass the time while she was staring at the ceiling. As she got older, the stories became more complicated, sometimes taking weeks to get to the happy ending. Then one day, she decided to embrace the insomnia and start writing them down. But it still takes her ages to fall asleep.

The Tattler Interviews Lady Aisla MacKai from A Wish For All Seasons by Rue Allyn in the Bluestocking Belles’ holiday collections, Follow Your Star Home