Whispers from the Countess of H. regarding Those Scamps, the Devereaux triplets! 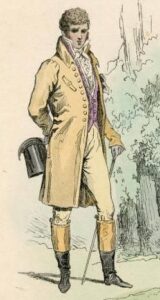 A Gentleman in Search of Revenge

Today is a sad day, I tell you, when three young ladies from Ireland are brought to our distinguished shores to celebrate among the ton the end of Bony’s horrid regime.

Why, you may ask?

Oh, truly, these triplets appear to possess the best credentials. They are ladies by birth, the granddaughters of an earl, recently deceased. They are ladies by training, although one does wonder what caliber of education one can acheive in Dublin! They are ladies by inclination, even if it whispered that they have no dowry of any worth. And that, my dear friends, we may lay at the doorstep of their rapscallion grandfather who had quite a few marks against his character.

But then verily, I say that these three young ladies—dare I call them that—are known in Dublin and Waterford as…yes…scamps! Now I am astonished that they are brought here by that light of London society, Lady William Downs.

That formidable scion of our social order, it turns out, is cousin to the three girls’ dear departed mother. Having been favored by that lady when she was young, the lady who is their chaperone and mentor is eager to introduce these three young ladies to our English shores and our estimable English gentlemen.

Of course, these triplets are so unique that to look at them is to gasp in astonishment at their beauty. They are elegant of face and form, beautifully attired in the latest fashion, courtesy of their cousin. 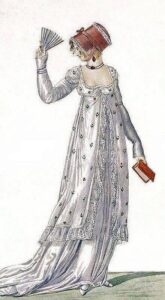 A lady who wants to reform!

But what of their character?

Ahh. It has been whispered (not by me, of course) that one is rather…ahem…light-fingered. She has been known to acquire a few things that are not her own.

The oldest is light-fingered in another way and we shudder to think in what way. The third and the youngest, Adelaide, has no marks against her character. Lovely beyond belief. She certainly is a Diamond. But is she also a bit of an airhead?

I shudder to think at what will occur when these three ladies debut this evening at the latest ball of the season. 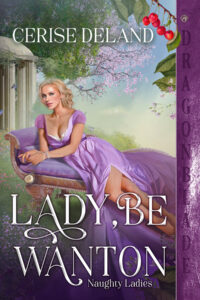 The lady wants to be good.
Lady Imogen has reformed! She’s witty, from an old Irish family, in pursuit of a fine man to marry—and she swears she’ll never indulge in her little…um…peccadilloes again!

She’s arrived in Brighton with her two sisters and her cousin for the Season—and she’ll ignore anyone who gossips about Grandpapa’s notorious odd talents—or her own tiny scandal. After all, a lady can change.

The gentleman wants revenge.
Returning home after the wars, Lex Rowlandson, the Earl of Martindale, vows to find the cur who sold him and his father into the hell of Napoleon’s dungeons.

With a few clues to the identity of the creature who stole years from his life and caused the death of his father, Lex seeks out suspects at a Brighton ball. But he’s captured by the effervescent woman whose smiles light the dark corners of his heart.

He should not be distracted from his cause. Yet he cannot resist the lure of Imogen’s charm. When he witnesses her plight at the hands of one fellow who threatens her reputation, Lex saves it—and marries her.

Falling in love with her husband, Imogen sees that the best way to thank him for saving her is to commit the very crime she vowed never to repeat.

But can a man whose life was stolen from him love a wife whose skill is taking from others what is not hers? 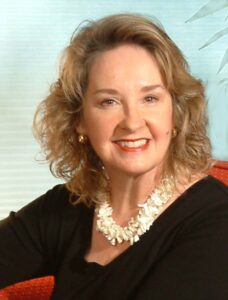 Cerise DeLand embarks on her next romcom adventure with these three Irish ladies in this new series! She hopes you forgive their peccadilloes…and love how they reform and how they catch their man. Or, in these books, most often how the dashing men catch them! Cerise is really Jo-Ann Power who has been published since…well, forever! She is currently counting the number of novels she’s published because she has not kept track! Enjoy a laugh with Cerise DeLand’s newest releases, NAUGHTY LADIES from Dragonblade Publishing!

Shhh. The Trouble with Governesses!