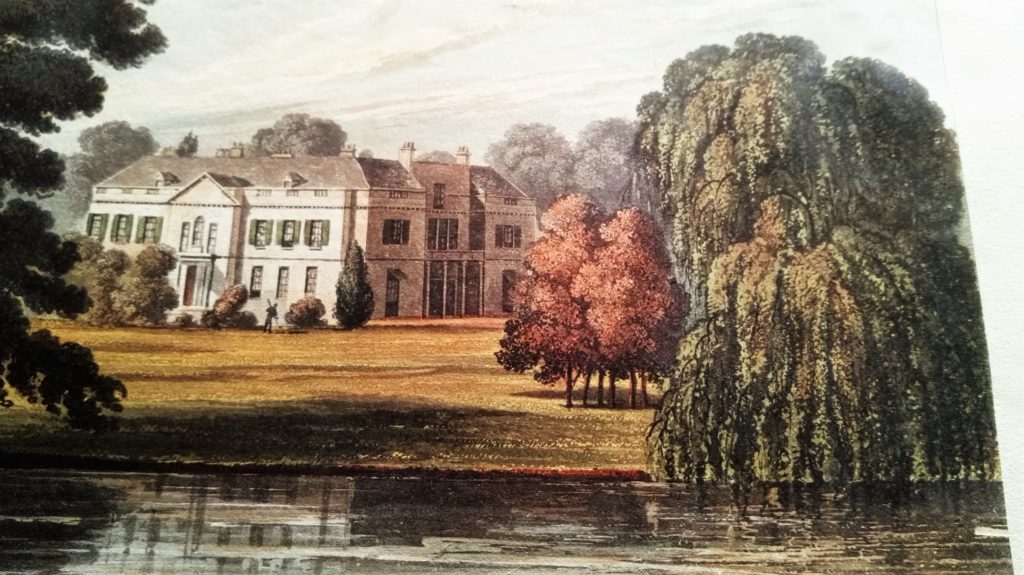 Loring Place, Suffolk, 27 May 1814. The upper servants have gathered in the housekeeper’s room. They are:

Mrs Walton poured the tea and deftly plied sugar tongs and cream jug to prepare each cup exactly to the recipient’s liking. They had sat together so often that she no longer needed to ascertain their tastes. Miss Dover, the dowager’s maid was longest at the Place, almost forty years, while even Cotton had been with Sir Edward for more than five years now. She still missed the former valet, Mr Frost, who had died quietly in his sleep one autumn night.

She herself had completed her quarter century last year. Lady Loring had presented her with this handsome teapot to mark the occasion. It was a good place, she thought, as he distributed the cups. While my lady would not tolerate extravagance or waste, she was not one of those mistresses who grudged her servants every bite they ate and Mrs Walton knew how to walk the fine line between propriety and presumption.

Dover inhaled the fragrant steam before sipping the hot liquid. “I am sure I shall be glad to see my bed tonight. We have an early start tomorrow.”

Mrs Walton nodded understandingly. It had been an eventful day, with dinner put back until seven and a flurry of last-minute arrangements to be made for the dowager’s and Miss Chloe’s unexpected journey tomorrow.

“Have you everything packed?”

“All but for Miss Chloe’s pink gown. It will dry overnight and I’ll iron it at Lady Undrell’s—I’d have to press it again anyway.”

“It is unlike her ladyship to travel at such short notice.” Hughes remarked. “I hope all is well at the Undrells.”

“Your lady does not go with them?” Fox enquired

“She was in no state to consider it.” Hughes pursed her lips. “She and Sir Edward had words again.”

“That must be why he was so cranned,” Cotton said. “What was it this time?”

“Something to do with that Mr Chidlow who called earlier about Miss Fancourt, and I’m sure I can’t see how that could be my lady’s fault.”

“Sir Edward was furious that she had received him,” Meadows put in. “He stormed off to the little office as soon as he heard he was on the premises.”

Hughes nodded. “He rang her a fine peal afterwards. I had to give her a composer after he left her, poor lady.”

“I was that surprised to hear that you were having Miss Fancourt’s things packed up, Mrs Walton,” Dover said. “Is there any news of her? My lady would be anxious to know how she goes on, I’m sure.”

“What sort of a man is this Mr Chidlow?

“I only saw him briefly but he seemed perfectly respectable.”

“Not gentry,” Meadows offered. “A man of business, I would say.

Cotton whistled softly. “Acting on behalf of her protector, I imagine. He must be a wealthy man.”

“Or besotted, “Fox said, “to send for her things like that, I mean. Most gentlemen wouldn’t care and a peculiar dresses different to a governess, after all.”

Mrs Walton sat up straight. “I don’t believe it—I never have. A nicer lady than Miss Fancourt you couldn’t meet. In the ten years she was Miss Chloe’s governess, her behaviour was always just so. Why should she suddenly throw her cap over the windmill like that?”

“Now that Miss Chloe has come out, she couldn’t remain here much longer,” Hughes pointed out. “Her ladyship had given her notice to the next quarter day.”

“It would have been wiser to serve her notice and receive her certificate of character,” Meadows said heavily. “Without one, she has no hope of securing respectable employment.”

“An old maid yielding to a sudden passion?” Cotton suggested. “What is she— thirty? She must have known this was her only chance. Why else would she pike off without a word to anyone, leaving all her things behind her? There’s no smoke without fire, that’s what I say. I heard that Mr Purdue saw her up before an officer, riding full pelt, they were—almost ran him down—and showing more of her legs than any decent female would.” He grinned. “Some sight that would be, with her being such a Long Meg—

“That will be enough of that, Mr Cotton,” Mrs Walton snapped. “In my Room, Miss Fancourt will be spoken of with respect until we have good reason — not just alehouse tittle-tattle—to believe she is no longer deserving of it. We are all dependent on our good names, are we not? And words, once spoken, cannot be taken back. It behoves us all to speak as charitably of others, as we would they spoke of us.”

Composer        a soothing or sedative draught

To ring a peal  to scold, usually used of a wife to her husband, but in this case the other way round.

Protector         a gentleman who has a mistress in keeping

To throw one’s cap over the windmill            to act in a crazed, reckless or unconventional manner.

A Suggestion of Scandal: 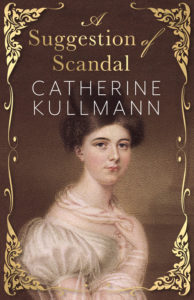 When governess Rosa Fancourt surprises two lovers in flagrante delicto, her life and future are suddenly at risk. Even if she escapes captivity, the mere suggestion of scandal is enough to ruin a lady in her situation. In Sir Julian Loring she finds an unexpected champion but will he stand by her to the end?

“The strange thing is that no one else saw the absconding couple,” Julian commented to his grandfather afterwards. “One would have thought it would have been generally remarked upon. There is no talk of an officer being absent without leave or having a new ladybird in keeping either.”

Lord Swanmere looked at him keenly. “Been making enquiries, have you?”

Julian shrugged. “Why should she get away with such a cowardly attack? For all she knows, she left my sister for dead.”

“Perhaps she did not want to be taken up for murder,” Swanmere said dryly. “But she will not go unpunished, my boy. She has only the clothes she stood up in and who knows what support, if any, she will get from her lover. Very likely he put her on the first stage to London. Hers will be a rapid descent into vice and depravity.”

Julian sighed. “I suppose you are right.”

But he could find no comfort in this dismal prophecy. Beneath his concern for Chloe, he strove to ignore another injury inflicted by Miss Fancourt; the betrayal not only of his family but also, on a deeply personal level, of himself. How could he have been so mistaken in her? And yet, at other times he could not accept her guilt.

A Suggestion of Scandal is available worldwide as eBook and paperback. Universal Amazon link: https://nrnk.co/a/B07DRLQZL8 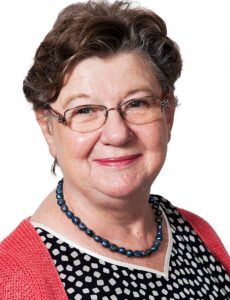 Catherine Kullmann was born and educated in Dublin, Ireland. Following a three-year courtship conducted mostly by letter, she moved to Germany where she lived for twenty-five years before returning to Ireland. She has worked in the Irish and New Zealand public services and in the private sector.

Catherine has a keen sense of history and of connection with the past which so often determines the present. She is fascinated by people and loves a good story, especially when characters come to life in a book. But then come the ‘whys’ and ‘what ifs’. She is particularly interested in what happens after the first happy end—how life goes on around the protagonists and sometimes catches up with them.

Catherine Kullmann’s novels are set in the early nineteenth century—one of the most significant periods of European and American history. The Act of Union between Great Britain and Ireland of 1800, the Anglo-American war of 1812 and more than a decade of war that ended in the final defeat of Napoleon at Waterloo in 1815 are all events that continue to shape our modern world. At the same time, the aristocracy-led society that drove these events was under attack from those who demanded social and political reform, while the industrial revolution saw the beginning of the transfer of wealth and ultimately power to those who knew how to exploit the new technologies.

Catherine has always enjoyed writing; she loves the fall of words, the shaping of an expressive phrase, the satisfaction when a sentence conveys my meaning exactly. She enjoys plotting and revels in the challenge of evoking a historic era for characters who behave authentically in their period while making their actions and decisions plausible and sympathetic to a modern reader. But rewarding as all this craft is, she says, there is nothing to match the moment when a book takes flight, when your characters suddenly determine the route of their journey.

Do Not Censor Our Reading Beg the Ladies