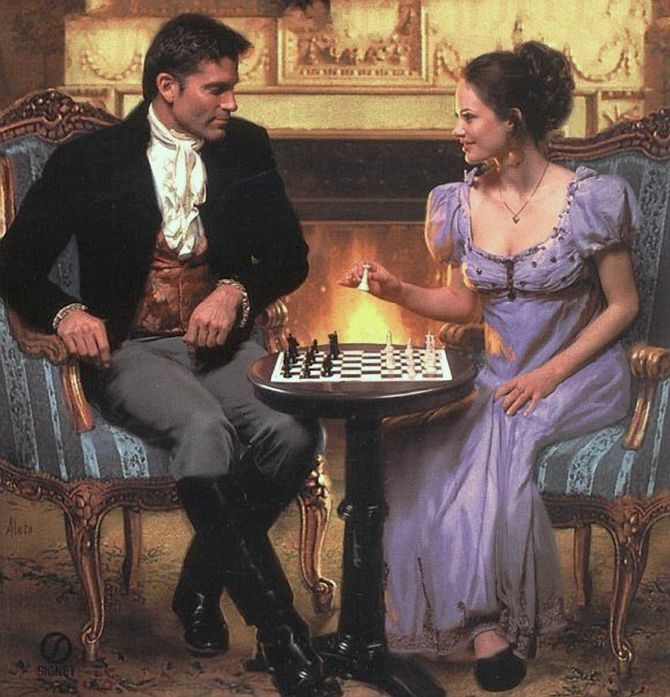 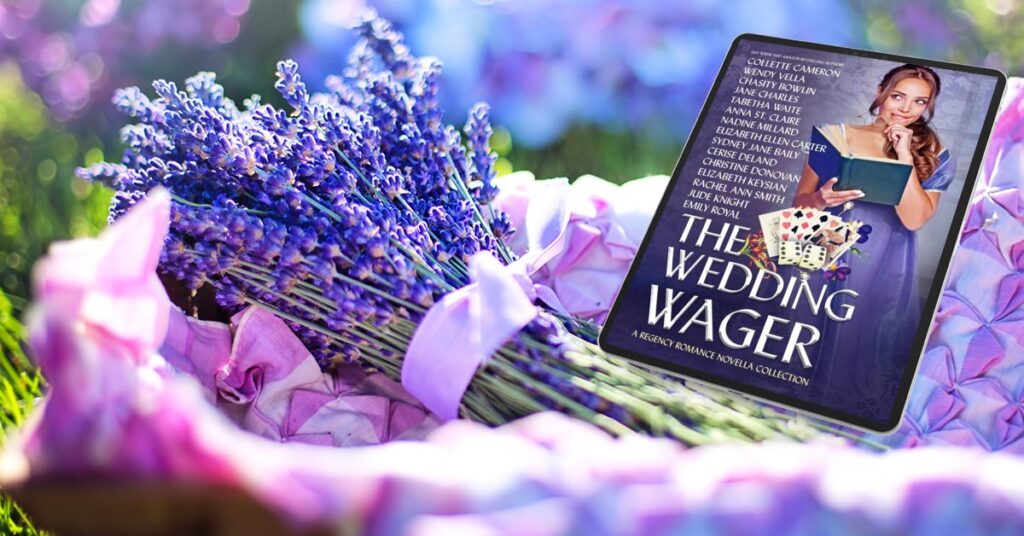 To the Esteemed Editor, The Teatime Tattler, London

Sir, it is with a heavy heart that I take up my pen to document the sad fall of a former ornament of our Society.

Your readers will remember Lady S. B., sister to the Earl of Hy., a lady past her first years, and with two scandals already in her past. She has been betrothed twice, and married not at all. On both occasions, the lady has emerged with her reputation intact, but after recent events, one must wonder if we have been over generous to a serpent in our midst.

Be that as it may, Lady S. has continued to enjoy the approval of Society, and has persisted in trading on that approval in pursuit of funding for one of her many causes.

Those enjoying the hospitality of the Duchess of Hfd have recently been treated to the less than edifying spectacle of the half-breed viscount pursuing the Earl of Hy.’s sisters. Or was the pursuit the other way? We thought he preferred the younger, but he was seen kissing the elder. Under the mistletoe, to be sure, but such a kiss, sir!

It takes so little to ruin a lady. One kiss, and a woman past her first years, who might be supposed to have more sense, has eloped with two rakes. Not one, sir, but two. Neither of them the man she kissed.

It is to be hoped her brother will cast her off completely for the sake of her sister, Lady F., though saving that chit’s reputation is probably already a lost cause.

Be that as it may, we can be sure that the worthy leaders of Society can loosen their grips on their pocketbooks.

Editor’s note: Our readers will be pleased to know that the lady who is the subject of this letter was safely conveyed to London, with her maid in attendance. Her wedding followed shortly after. The Teatime Tattler wishes to convey congratulations to the happy couple, now the Earl and Countess of S.

To Wed a Proper Lady

James, eldest son of the Earl of Sutton, must marry to please his grandfather, the Duke of Winshire, and to win social acceptance for himself and his father’s other foreign-born children. But only Lady Sophia Belvoir makes his heart sing, and to win her, he must invite himself to spend Christmas at the home of his father’s greatest enemy: the man who is fighting in Parliament to have his father’s marriage declared invalid and the Winderfield children made bastards.

Sophia keeps secret her tendre for James, Lord Elfingham. After all, the whole of Society knows he is pursuing the younger Belvoir sister, not the older one left on the shelf after two failed betrothals. Even when he asks for her hand in marriage, she still can’t quite believe that he loves her.

In the following excerpt, Sophia decides to follow James to London.

The duchess excused herself and left, to return after a few moments. “A messenger has come to fetch my son Jonathan. If you will excuse me, my friends, I will go and help him prepare for his trip. Please. Continue the celebrations. I will join you again as soon as I can.”

Sophia followed her into the hall in time to hear Aldridge say, “If you must go, use my yacht. It stands off Margate, but we can be there in two days, and she is faster than anything you’ll pick up in London. You will not have to wait for the Thames tide, either.”

“What you propose is not safe, my darling boy. The Grand Army is in your way. You could be shot as a spy,” the duchess said. “Why, this friend of yours cannot even give you assurance that the grand duchess will not behead you on sight. It is possible that…”

“Mama, all things are possible.” Gren was lit from within, bouncing on the balls of his feet as if his joy were too big to contain. “All things but one. I have tried living without the woman I love, Mama, and that, that is impossible. Anything else, I can do. Wait and see.”

“I have sent a message to the stables,” Aldridge said, “and another to my valet telling him to pack for us both. Mama, we shall rest overnight in London then leave at first light for Margate. If you have any messages, write them now.”

“Take me.” Sophia did not know she was going to speak until the words were from her mouth.

“You are right,” Sophia told Gren. “Only one thing is impossible, and that is living without the man I love. I should have said yes. I will say yes. Take me to London, Gren, and to James.”

Gren looked at his brother and then back at Sophia. “We shall be travelling fast,” he warned.

“What will Hythe say?” the duchess asked.

“I hope he shall wish me well, but I am going, Aunt Eleanor. If Lord Aldridge will not take me, then I shall catch a mail coach.” The decision made, she would not let anything stand in her way.

Lord Aldridge spread his hands in surrender. “Say your farewells, then, Lady Sophia. We leave in thirty minutes.” He turned to his brother. “I’ll write to Baumann. You’ll need money, Gren. He’ll know who can supply it overnight at short notice at this time of year.”

Hythe was not happy. “Sophia, you cannot mean to go chasing after Elfingham. Why, he might already be wed to Lady Charlotte.”

“He is waiting for me, Hythe. He needs me at his side, and that is where I want to be.”

“I can take you to London after the New Year’s Eve ball,” he suggested. “In just a few days.”

“Aldridge and Gren can take me now, today. In a few days, the duke may be dead, and James will be in mourning.”

“The duke might be dead now, Sophia. This is a mad start, running off with two of England’s worst rakes. What of your reputation?” He frowned. “At least take your maid.”

“Theodosia gets sick in a fast coach. Besides, Felicity will need her.”

“Felicity. What of Felicity? You cannot just race off and abandon her.”

Cedrica spoke up. “Do not be silly, Lord Hythe. Her Grace will chaperone Felicity, you will protect her, her maid will take care of her, and I will make sure she behaves. Sophia, Her Grace will have a maid she can send with you to give you countenance. Let me speak to the housekeeper while you set Theodosia packing a bag for you.”

After one astonished look, Hythe subsided, and almost before she knew it, Sophia was on her way out the door. Felicity hugged her and wept a little on her shoulder. The duchess gave her an absent peck on the cheek, most of her attention on her own sons, but then had a sudden thought.

“Wait!” she said. “Saunders, fetch me paper, ink, and a quill. You will find some in the Gold Drawing Room on the library table.”

While the duchess wrote a letter in neat copperplate using her finest paper, others of the party, Cedrica among them, gave their best wishes for a safe journey, “and a happy arrival,” Cedrica whispered.

Then the duchess handed her the sealed and folded letter. “The Archbishop of Canterbury is an old friend of mine, dear Sophia. This letter will get your James in to see him. You will need a license, my dear.” She kissed Sophia again then went to kiss Gren and weep a little onto his shoulder.

At the last moment, Hythe caught Sophia up into a fierce hug. “Tell him from me that he is to treat you well, or he will have me to deal with. And you can always come home, Sophia.”

She hugged him back and allowed Aldridge to hand her up into the carriage.