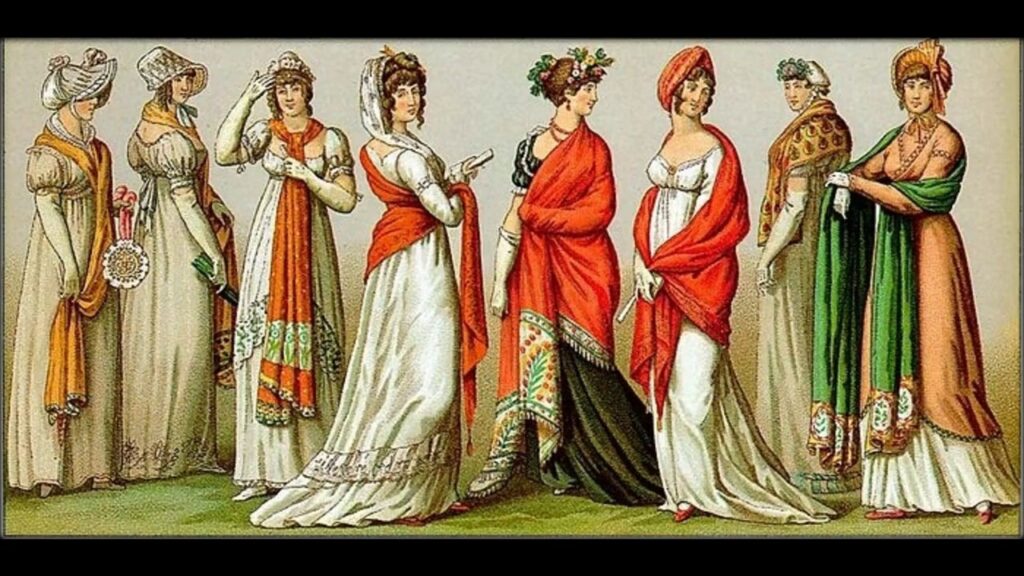 To the Countess of Arglay

I have just had the most appalling shock, and in church of all places! The nerve of the woman! I could not believe my eyes! I thought she was safely tucked back into the obscure little village from whence she came, never to bother us again, but there she was! And all those useless females with her!

But I get ahead of myself, Drusilla, and you will not wonder at it when I tell you. Let me start again, and tell you in order this time.

You will remember that, when my beloved Seahaven inherited his title from that awful old profligate, we discovered that the old earl had left his daughters mostly unprovided for. And so many of them, Drusilla! Not only his daughters, but the jumped-up baker’s daughter he took as his fifth wife. A tradeswoman as Countess of Seahaven! Have you ever heard the like? It is true that there is no fool like an old fool, and after four marriages and nine daughters, I imagine he was desperate, or–more likely–she trapped him for his title. She was pretty enough, the little chit. Just eighteen, too, when they met, and men do like them young.

When the old earl died, That Woman was with child, as you will recall. I have never prayed so fervently in my life. My prayers were answered and she was delivered of the old fool’s tenth daughter.

By then, Seahaven and I had discovered that his predecessor had left the care and guardianship of his daughters to the baker’s daughter. “Let her have them,” I said to my lord. “What use are they, after all. They will eat us out of hearth and home, and expect us to puff them off, at great expense, on the marriage mart.”

We turned them out, of course. The baker and his wife died just a few days after the little brat was born, so it was not as if they had nowhere to go. That Woman took all ten girls and moved into her parents’ cottage, and I thought that was the last I saw of them.

But Drusilla, on Sunday, I arrived at York Minster–you must know that Seahaven and I have come to York to enjoy the Season and so that Seahaven can indulge his fondness for what he endearingly calls the ‘geegees’. At York Minster, as I was saying, what did I see but That Woman and all of those girls (though some of them are ape-leaders, and one calls them girls only by courtesy, since they are well into their dotage).

It is true, dearest. That Woman led them down the aisle to a front pew, every one of them turned out in the highest fashion. Where did she get the money? That is what I would like to know. How have they been living? I tell you, Drusilla, there is only one way that a woman of that kind could earn enough to give all of those daughters a Season, even in York. And it is not one that ladies like you and I would ever mention.

The upstart and the daughters are being seen everywhere. She is a distant connection of the St Aubyns, and is trading on their name and her dead husband’s title in the most shameless manner, puffing herself and the daughters off before every title and banknote in York. A number of hostesses have been taken in, and Lady Twisden even gave me the most unpleasant set down when I tried to put a group of ladies right about the imposter’s real nature and lack of class. How was I to know that Lady Twisden was herself a St Aubyn, and sister to That Woman’s mother before she disgraced herself and her class and ran off with a baker.

I do not know what That Woman hopes to achieve. She cannot imagine that any man would be fool enough to link himself to females who are the next best thing to destitute, especially when several of them have been heard to declare that any suitors must love their sisters and their stepmama as well as themselves.

I have no patience with such nonsense, Drusilla. As our parents so rightly taught us, marriage at our level of society is about linking two families of quality to the benefit of each. Nattering about love is precisely the sort of lower-class drivel I would expect from That Woman.

You can be sure I shall do everything I can to open the eyes of any man who allows That Women or her protegees to tempt him away from his duty to marry for the right reasons.

I shall keep you informed in my next.

Patience, Dowager Countess of Seahaven is only twenty-two, and has been head of her household of stepdaughters since she was nineteen. When she is given free use of a townhouse in York, she seizes the chance to give her adult stepdaughters a season. With everyone in the household doing their best to disguise their impoverished circumstances and make a splash on the York scene, they hope to at least find a match for the youngest of the adults, Josefina and the twins, Ivy and Iris.

Look for Desperate Daughters, the next Bluestocking Belles and Friends collection, nine stories in which the Countess, her stepdaughters, and other family members find a happily ever after. Available for prerelease soon, and published in May 2022.