Your reporter was fortunate enough to spend a sunny afternoon with a handsome young rogue named Ian Mackintosh. Ian is one of many sons of John chief of Clan Mackintosh. Although it can be said young Ian is a devilishly handsome rogue renowned for ruining more than one young lady’s reputation, it can also be said that he is a man of honor and courage. While men despise him, women love him. A tall, well-muscled and handsome man with big blue eyes and a smile that makes most members of the female sex swoon, it is easy to understand how women are so drawn to him.

I think not. She was in love with me from the beginning. She simply refused to admit it

Is is true, young Mackintosh, that not long after you asked for Rose’s hand, you broke that troth?

To a certain extent, yes, that is true. But when I saw the error of my ways, I immediately sought out Father MacBrodie to rectify the situation.

Was that before or after the sweet young woman took your clothing and left you stranded in the loch?

I fail to see where that is important. We were married that afternoon.

The readers of our daily paper do find it important. Again, I ask you, was it before or after she took your clothes?

Why did she leave you sans clothing in the loch? Was it because you had broken her heart and had left her to suffer the indignity of being known as another of your conquests?

That most certainly is not true! If anything, I was her conquest. The woman is as stubborn as the day is long. 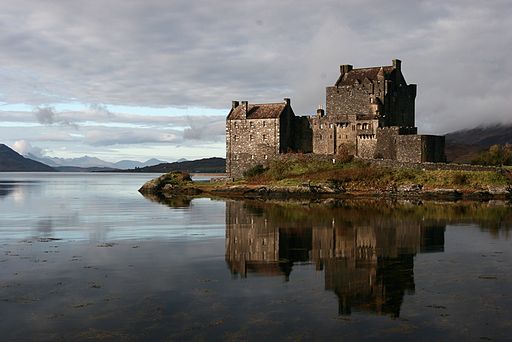 But she is such an innocent young woman, a widow and very tiny young woman. How did she do it?

My wife might be a wee slip of a woman, but I challenge you to find anyone who is as determined as she, or as stubborn. I was swimming in the loch after a slight misunderstanding –

That misunderstanding being the breaking your troth?

Yes. That misunderstanding. I was swimming when she took my clothing. I had to walk all the way back to the keep without so much as a leaf to cover my manhood. I ask you, is that something an innocent young woman would do?

I suppose not. However, Rose tells me that you are quite stubborn and set in your ways.

I am but a meek and mild pup in comparison to my innocent wife.

Is she more stubborn than you?

I am not stubborn. I’m simply determined.

I think your wife would beg to differ. But on to my next question. Is it also true that you took Father MacBrodie away from giving last rites to Seamus and demanded he marry you and Rose immediately?

No, that is not true! He was done with last rights. Seamus did not mind. He was already dead.

Is it also true that you went to the altar wearing only a plaid and nothing else?

That is also not true. I had my sword. 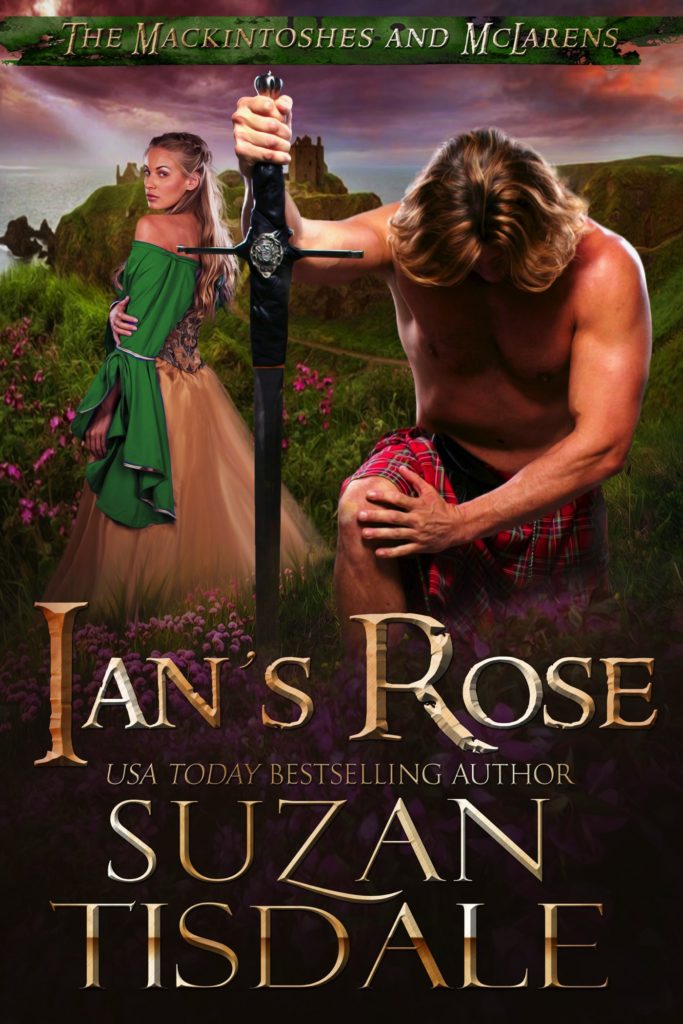 About the Book:
Ian’s Rose: Book One of The Mackintoshes and McLarensThey should never have stolen his wife.Ian Mackintosh and his bride, Rose, return to McLaren Lands to rebuild all that was destroyed by the previous laird. Believing bad times and evil men are behind them, they’ve let their guard down. Ian’s world is turned upside down one cold winter’s night when Rose is kidnapped.Desperate, he is willing to make a deal with the devil himself in order to ensure her safe return. And he may have done just that when he agrees to work with the brother of the man responsible for tearing his world apart.Is there a price too high to save the woman you love?

USA Today Bestselling Author, storyteller and cheeky wench, SUZAN TISDALE lives in the Midwest with her verra handsome carpenter husband. Her children have all left the nest. Her pets consist of dust bunnies and a dozen poodle-sized groundhogs – all of which run as free and unrestrained as the voices in her head.

Get text messages on new releases! Text CheekyWenchUS to 24587

You can find her blog here: yourcheekywench.com

The Dutch Word for “Cannibalized”: A Letter From The Hague

Which Surpasses All: Friends, Love, or Time?