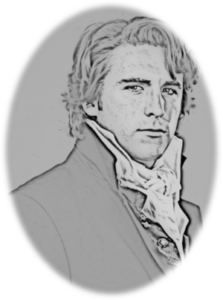 The polite world is agog at the notice in today’s Times of an engagement between Viscount Cairndow, recently of His Majesty’s Royal Navy and an obscure young woman by the un-pretentious name of Miss Esmaralda Crobbin.

Viscount C’s engagement has been anticipated for months since his return from his Naval duties and with the well-known circumstance of his uncle, the Duke of Cowal’s ill health. It is to be expected that the heir to such an ancient and noble title [even if it is Scottish in origin] would wed at the earliest opportunity, but to an unknown miss of modest and possibly dubious origins?

Yes, you read correctly. Miss Crobbin’s origins are dubious at best. Rumor has it 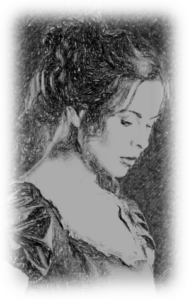 that she is none other than the by-blow of that dastardly pirate, Irish Red. However, direct proof of this relationship is lacking. Nonetheless, the Duke’s outriders have been seen scurrying hither and tither over the countryside visiting churches and accosting prelates for information concerning the disappearance of a young lady about twenty odd years ago. That the Duke’s daughter, who is also the Viscount’s youngest aunt disappeared about that same time is widely accepted. Could Miss Crobbin be the Duke’s great niece? If so had her mother been wed at the time of Miss Crobbin’s birth? What is the connection between the Duke’s missing daughter and a scourge such as Irish Red?

Fear not dear readers. Our intrepid reporters will discover the truth of this curious matter. As soon as we receive news that can be confirmed, we will report it here.

About The Pirate Duchess–Duchess Series Book 2: Dear readers, I regret that as I write this post, The Pirate Duchess is still a work in progress. None of that progress is if sufficient quality to allow posting of even a short scene. The best I can offer at this point is to recommend you read Wait for Me, my contribution to the Bluestocking Belles and Friends novella collection, Storm & Shelter. You may find links to vendors offering Storm & Shelter here https://bluestockingbelles.net/belles-joint-projects/storm-shelter/. You may also expect to learn more of the Viscount and the modest miss in the pages of the Tattler.