Vagabond or Dropped From Grace?

(Overheard within the confines of a fashionable and oft-crowded tea room, in the month of April)

Our state of Pennsylvania in this April of 18— can either be fairylike or devilish in temperament. As of late, the mud and damp have forced the ladyfolk of our area to the embracing arms of parlors and tearooms. The tempestuous weather—and, it seems, one specific bit of gossip—have congregated the women into swarms. 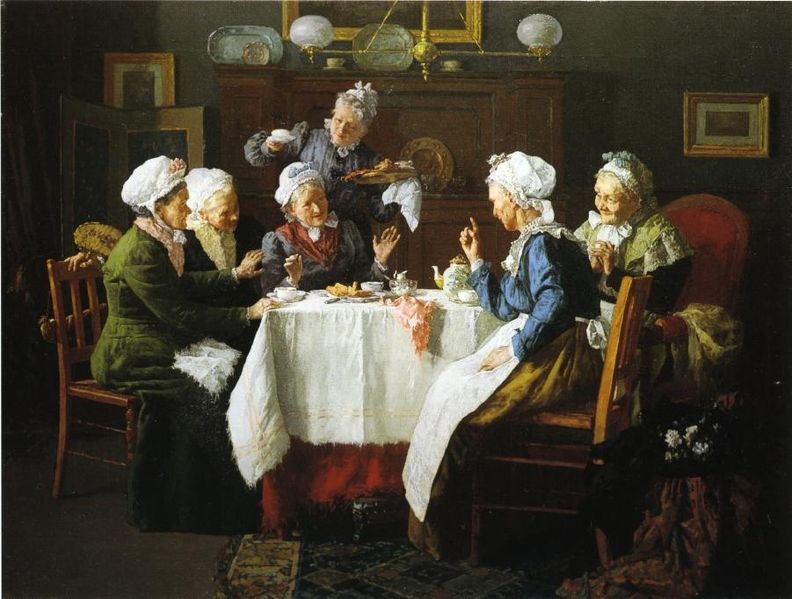 “I overheard it at the jeweler’s,” the anonymous reporter overheard one women say between pouring the Early Gray and reaching for a buttered scone. “That dear Mr. Godfrey was resetting a stone in my necklace, and Miss Emmeline was talking about that boy, Lou, I believe his name was? Laurence? Larson?

“Louis,” a second woman (wearing quite an outrageously plumed hat) chimed in.  “But I believe he pronounces it like the French king did. Very much putting on airs, if you ask me. He and his mother live in a shack, I believe!”

A daintier girl in the gathering raised her eyes from her cup and saucer. Her quaint, narrow face pinched a little at the mouth. “What did you overhear, Mama?”

“Oh, you know—Miss Emmeline, what a gorgeous girl, even though she has that unfortunate Irish coloring. Freckled all over like a brown egg, but anyhow—the young miss was, quite boldly, if you ask me—demanding of Mr. Godfrey if he’d received any letters from Louis. Quite odd!”

“He’s gone away to London, you know,” the dainty girl in blue murmured. Her gloved hand reached for a slice of pound cake so prized at the tea house.

“Truly, Bridgette?” squawked her mother. “I heard that as well, I must admit—but is there any truth to it? Did the young man really propose to Miss Emmeline? He’s basically a vagabond—from what I heard tell of him,” she hastily added, reaching for her cup which shook indignantly between her fingers. “I never knew of him before now, and now he’s vanished like a ghost.”

Bridgette propped her chin primly in her hand. “I heard from Laura Ashford, down at Theresa’s knitting circle last Wednesday, that he proposed to Emmeline with a ring fit for a regent.” Her eyes sparkled. “Only, no one’s seen it.”

“How do you mean?” a severe-seeming gentlewoman piped up from behind the sandwich tier. “How do you know there was a ring if no one has seen?”

Her tone bit the air, young Bridgette fluttered her lashes as if threatened. “I only repeat what I heard. The family is all very hush-hush about it. Perhaps he stole the ring, Heaven knows! I heard he went to London to seek his fortune or some such. Has family in France.”

A round-cheeked maid who’d previously remained silent now broke into a smile. “Perhaps he’s a noble dropped from grace!” She turned to the severe woman. “Does France still have nobles, Aunt Clara?”

Her aunt’s brow furrowed. “I haven’t the faintest, girl.”

The girl’s mouth puckered. “It all sounds terribly romantic. A bit.” 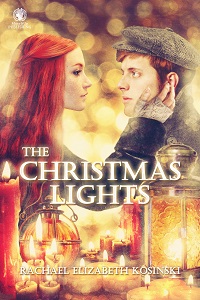 About the Book: The Christmas Lights

“Where do Christmas lights come from?”
Those tiny bulbs of color that burn on a Christmas tree,
Or outside a house to shine in the night.
Does anyone really know where they originate?
What if someone told you
They weren’t intended for Christmas at all,
But really for a miracle?
That they were for love, a desperate idea, to light a boy’s way home?
In that case, you must have some questions. What boy? What love?

Have a seat. Allow me to tell you a story.

~Excerpt~
“Because your father requires…a dowry, of sorts. A guarantee you’ll be well taken care of.”

Emmy’s hand turned sweaty. “Oh, Louis. What does that mean?”

I swallowed the sour taste at the back of my mouth, nerves trembling in my fingers. “Our engagement lasts until December twenty-fifth. If by that time I’ve not returned—”

“Returned?” Emmy’s gaze burned me. “Louis, where are you going? Won’t my father give you a job?”

I didn’t move and barely opened my mouth to let the words escape. “He’s got me a job.”

“I’d stack inventory outside, in the clean air, and I’d work with a few fellows who’d watch out for me…” “Louis!”

“…I hear factories in London are much safer than here.”

“London! Louis, Louis, what are you talking about?” Emmy grabbed my face.

I squinted at two sparkling brown orbs. Was she crying?

“No.” Emmy covered her mouth with a hand. “No, you aren’t going to London. How could you? No one loves you there. No one knows you there…”

Your father seems to think it is my home country.

“Emmy. Emmy Emmy Emmy.” I held her close, stroking her hair. “I don’t plan to work there.”

“I’ve heard Mr. Godfrey talk about them. A London factory is the last place I should work. Your father means well, but I can’t do that. They wouldn’t take a blind boy.”

“Wh-where will you go, then? How on earth will you make money?”

“I have family in Paris. Mother says they have wine vineyards. I’ll work for them.”

“That…” Emmy’s fingers traced the veins on the back of my hand. “That’s much safer.” She was silent for the longest time. “You’ll be safe? And come home quickly?”

I pulled her hands away and stood, playing with the ring on her finger. “I will. I love you.”

“How long will you be gone?” How long? How long to board a ship, to find a place I’d only heard about, to earn and save an impossible amount of money? How long, indeed.

I set my expression. “I’ll be home by Christmas.” 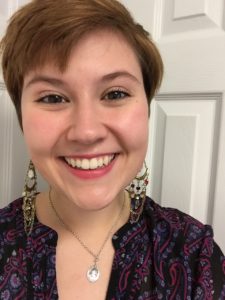 When she was little, Rachael Kosinski wanted to be a paleontologist, an astronaut, a nature photographer, a writer for National Geographic, an Egyptologist, and the next Jane Goodall. Instead of being a new link between man and chimp, or discovering a planet suitable for sustained human life, or maybe even winning renowned fame by stumbling across an undiscovered dinosaur, Rachael finally decided that, if she never became a writer, she would simply die. Nine years later, she now possesses a quirky knowledge of world mythology, an addiction to coffee, and a penchant for making over-expressive faces at her laptop.