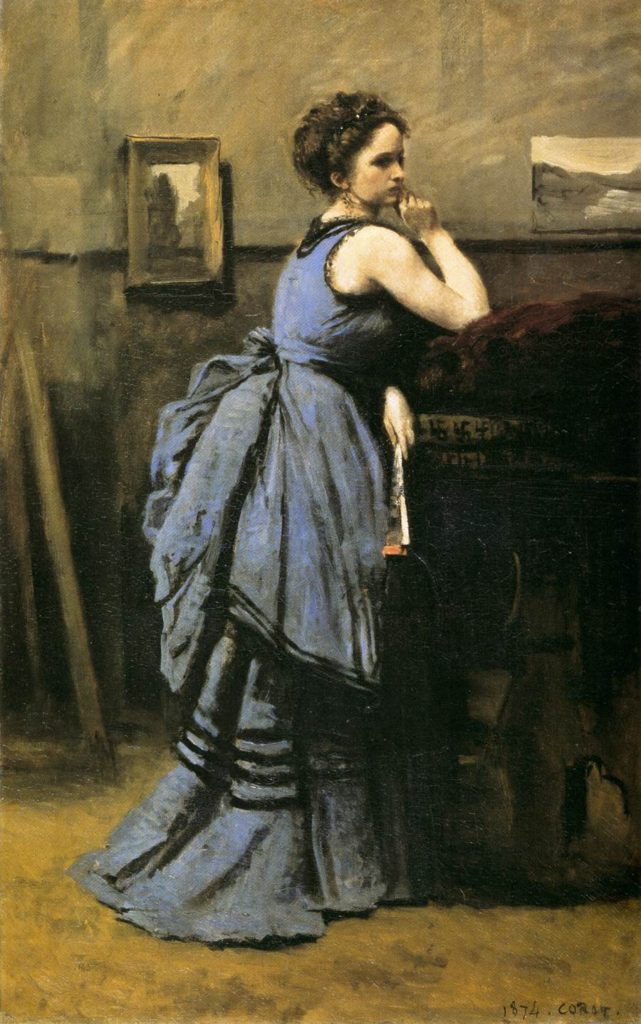 You’re reading it here first, ladies and gentlemen of the ton. Lady Margaret Folton appeared in person at the Harrison gala evening last wearing a confection of pale blue and cream lace. This reporter is just as stunned as you are and would not have put pen to paper without seeing the truth of it with my very own eyes.

We all know the confirmed spinster’s tragic tale of how she became an orphan – her parents, the Earl and Countess of Breckenshire and victims of Madame Guillotine – and have treated her noted absence from society with careful and due consideration. Having been forced to witness her parents’ execution, it is understood that Lady Folton would keep to herself. After all, we outstanding and illustrious members of society can understand the enormity of such an event on a child so small.

But last evening, we saw nothing of the tragically orphaned child or of the reclusive spinster. No, indeed. Lady Margaret Folton gained the floor with practiced ease and earned respect. Every head turned to take her in just as every breath held in anticipation. She was the very princess of children’s fairy tales, standing on the edge of a ballroom waiting for her story to begin.

But alas, marriage-minded mamas, I leave you with this grave note. Lady Folton was seen partnering with none other than Viscount Pemberly, the gloriously decorated naval captain, newest addition to our ranks, and this season’s most desired match. So be ware, mamas. It appears the previously thought confirmed spinster is stepping down from the shelf.

To Save a Viscount 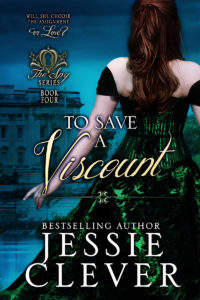 When an assassin threatens England’s spy network, Lady Margaret Folton must find the killer before it’s too late. Hardened from being forced to witness the murder of her British spy parents by French revolutionists, Margaret approaches this mission like any other, with steely determination and a resolute focus on the necessary outcome at the cost of all else.

Commodore John Lynwood, newly returned from the Mediterranean, finds himself granted the title of viscount in honor of his service during the war. Plagued with a string of good luck throughout his life, the title serves as another reminder that Jack has done nothing to earn the glory and prestige that comes with his position, and he’ll be damned if he’ll enjoy such an honor.

But when Jack is accidentally granted a title meant to be used as bait to lure the assassin into the War Office’s trap, Margaret must face the tragedy of her past and decide which is more important: the assignment or love?

The books in the Spy Series:

He had grown so accustomed to the sound of gunfire that he did not hear the shot that was meant to kill him.

This would have worried Richard Black, the Duke of Lofton, if he had had time to think on it. But as the situation inherently required immediate action, prolonged and abstract thinking on the subject was neither prudent nor wise. So he refrained. Instead, he wondered whom it was that smashed into him at incredible speed, sending him tumbling backwards off the walk along the Thames and into the bitter, black water below.

He had been meeting his contact there along the water at an unholy hour, and darkness had lain all about him. The exchange had gone as planned, and he now held the knowledge that he knew would prove key to his current assignment with the War Office. But as the inky water of the Thames closed over his head, he wondered if he would ever get that information to the necessary people.

And then as the last of the light disappeared, he thought of Jane, his wife. His Jane. He did not think of her in specific instances or certain memories that lay in his mind. He thought of her in pieces. Her smell. Her laugh. The sound her hair made as she brushed it at night. The way she always laid her hand on top of his whenever they should find themselves sitting next to one another. Her amazing talents with chestnut roasters.

He would have laughed if such an action would not speed up the inevitable drowning that suddenly became all too real, flushing thoughts of Jane from his mind. His arms began to push against the water as his feet began to pulse, driving him toward the surface. Only he did not move. Whoever it was that had slammed into him still held him about the waist, dragging him deeper into the water. He began to struggle, the need for air and life and Jane surging through his veins in a way he had never felt before.

And then a hand brushed against his cheek, and slender fingers came to rest across his mouth. He wanted to open his eyes, but he knew it would do no good in the black water. But he let the feeling of his attacker’s hand brush against his skin, the shape of it press into his face, the narrowness of limb and the delicate arch of bone.

It was a woman who held him beneath the water.

And he stopped struggling.

Jessie decided to be a writer because the job of Indiana Jones was already filled.

Taking her history degree dangerously, Jessie tells the stories of courageous heroines, the men who dared to love them, and the world that tried to defeat them.

Jessie makes her home in the great state of New Hampshire where she lives with her husband and two very opinionated Basset Hounds. For more, visit her website at jessieclever.com.