Where does that woman get her information? 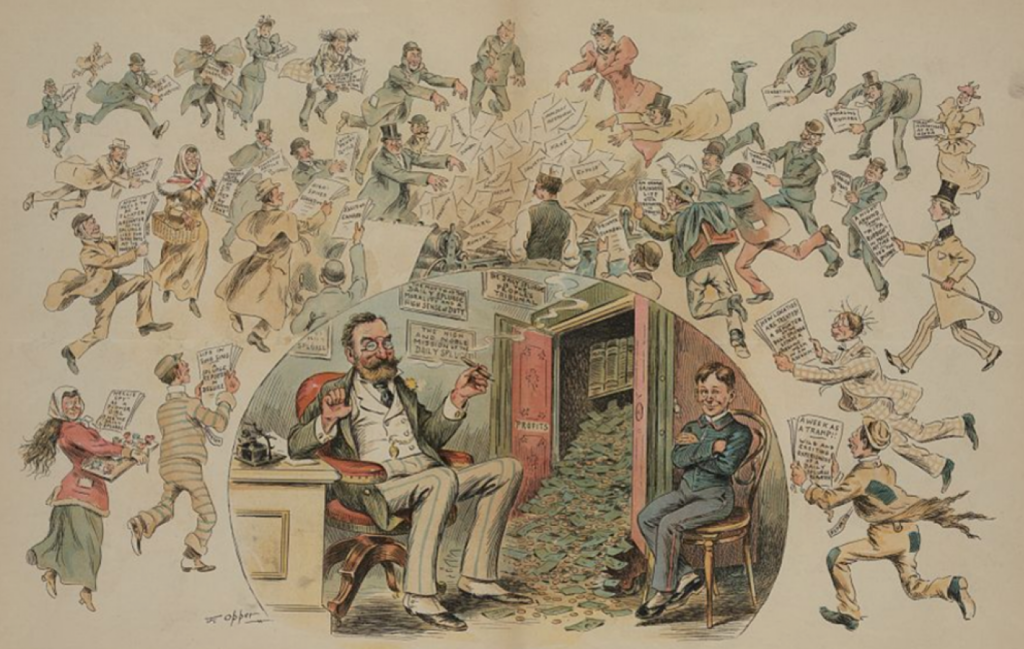 Sam Clemens shoved the offending article across his desk and then tugged it back, once more scanning the pages. He was the proprietor and editor of the Teatime Tattler, London’s–nay, the ton‘s–premiere scandal sheet. If anyone published tales such as those within these covers, it should be him. And yet, this person had scooped him. Him! With all his contacts, all his reporters sniffing out stories, all the correspondents (anonymous and named) who sent him letters unasked when something of interest happened in their vicinity, all the readers who waited impatiently for the two editions he published each week!

“How does she do it?” he asked Arthur, the boy who responsible for keeping him supplied with coffee, cigars, and ink, and for running his copy to the presses.

Arthur shook his head. “Must know folks,” he offered.

She must. “The Hicklestones? I knew the earl had married a neighbour, but I had no idea about her daughter. Why didn’t I know that? And that little tidbit about where Viscount Charmly first met the Dowager Duchess of Fambrough! Mind you, I don’t know that I believe it! Still, it’s true the old duke met his wife in Italy somewhere, and no-one knows anything about her people.”

He glared at the offending book. “Who failed to let me know that the Marquis of Gamford was back in the country, and reuniting with his child bride, now all grown up? Why weren’t we first with the story that she was living retired in the country? And if her name was linked in gossip with a local man, are the happy couple, in fact, happy?”

Sam made a note to send someone to Somerset to find out.

“Then there are the Millchurches.” Another sigh. He had actually covered the story of the attempted murder, the treachery, and the arrests. But the story behind the story had happened without him finding out, as did the rather nasty story of the Baron Collinwood, his cousin, and the vicar’s missing daughter.

There were other stories in the book, too, but they did not concern him. “I don’t care about the Enright stables, though there might be a story in the way Durridge cheated. Have to look into that. But they’re not ton, Arthur. No-one can say they are. Same with that agent who purchased a wife in Scotland while he was out of mind with fever, and the retired naval commander who discovered the mystery behind the girl in charge of the ruined bookshop.” He flipped through the book one more time. He might have covered the story of the woman torn from her lover and forced into marriage to a devil; after all, she had been a gentlewoman. But her relationship with the local miller put her below his notice. And the other two stories didn’t trespass on his territory at all, the one about a nun who was actually the wife of her sworn enemy being set in Scotland in medieval times, and the other some kind of futuristic fantasy about a farmer’s wife in far away New Zealand, where only sealers, whalers, missionaries, and tattooed natives lived. Even if,  seventy years from now, New Zealand did have colonial settlers, they were unlikely to be visited by angels. Unemployed wanderers, certainly.

He shook off the unproductive thought. “Arthur, I’ll tell you what I’m going to do. I am writing to this Mrs. Jude Knight to offer her a job. Clearly, her sources are better than mine.”

Sam has been reading Chasing the Tale, Jude Knight’s latest book. It’s a collection of eleven short stories, perfect for reading when you’re too tired for something longer, or want something to finish while you have a short wait. Get it now for 99c before the price goes up to $2.99.