Our Rambles have taken us to Cairo where we have found  refuge in  Shepheard’s Hotel des Anglais, a tolerable semblance of a civilized hostelry in this exotic outpost. The drinks in the private dining room and outdoor veranda are at least satisfying to the palate and a blessing after heat and sand threaten to choke one. 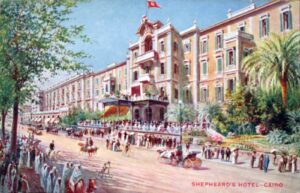 I digress. As I have throughout our travels, I notice here a tendency of otherwise well-bred English travelers here to throw off the ornaments of their breeding and behave in ways that would shock their peers in London. I am pleased to report that observation does not apply to that illustrious personage, the Duke of Sudbury,  ambassador to the Sultan’s viceroy here. When I observe him arriving and departing Shepheard’s he is always perfectly groomed as befitting and English gentleman.

The duke does strike one as high in the instep, and has haughtily rebuffed attempts to approach him on numerous occasions—but again I digress.

I  have been quite amazed at the number of travelers taking advantage of Waghorn’s Overland Mail to travel from India via Suez. They cross to Cairo via caravan and sail the Nile to embark from Alexandria via steamer. All and sundry pause here at Shepheard’s for a restorative rest. All are generally respectably turned out if dusty from sand and  in need of ablutions. 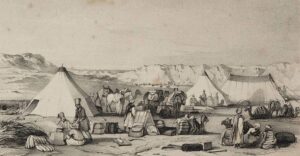 Imagine my horror this morning when three of Wagner’s latest arrivals  sauntered into the hotel not only in native dress, but filthy. The greater shock, Mr. Clemens, came with recognition. The duke’s own nephew, Richard Mallet was among them. Though  dressed in Arabic garb, and bearing a complexion brown as a native from sun damage, it was he. Piercing blue eyes glared at me from a face so browned by  the  sun as  to  look native. I suspected his identity then. When  he  pulled off his  horrid headdress, the blond  hair, combined with his great  height gave him away.  He  and his companions, one of them a native  woman, were swiftly escorted to  the duke’s suite in  the exclusive upper floor.

Imagine my relief later. My loyal maid has a gift for  befriending local servants, one that has proved valuable at  every stop for gathering information. She tells me that the sister of one of the hotel’s under cooks works in the  home of Doctor Charles Cloutier, the famous French medical director to the viceroy. She recognized Mallet’s companion as Ana Cloutier, the  man’s daughter, and not  some native hussy at all. 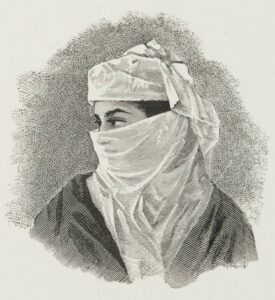 My relief was short-lived after some thought. Why would a respectable woman, even a French  one, wear native dress and come to a hotel of this class looking like she had been dragged through the desert for weeks without bathing? Her feet, bare, but for some sort of native shoe, were visible to any man who cared to ogle her ankles.

How, I wondered, could the Duke of Sudbury abide having such a  creature inflicted on his suite?  He must be devistated by his nephew’s disgraceful behavior.

PS—We have since discovered more peculiar information. My maid’s acquaintance has since discovered that the lady in question cannot possibly be Miss Cloutier for that poor lady is most certainly dead. The reports of her demise come from impeccable sources. 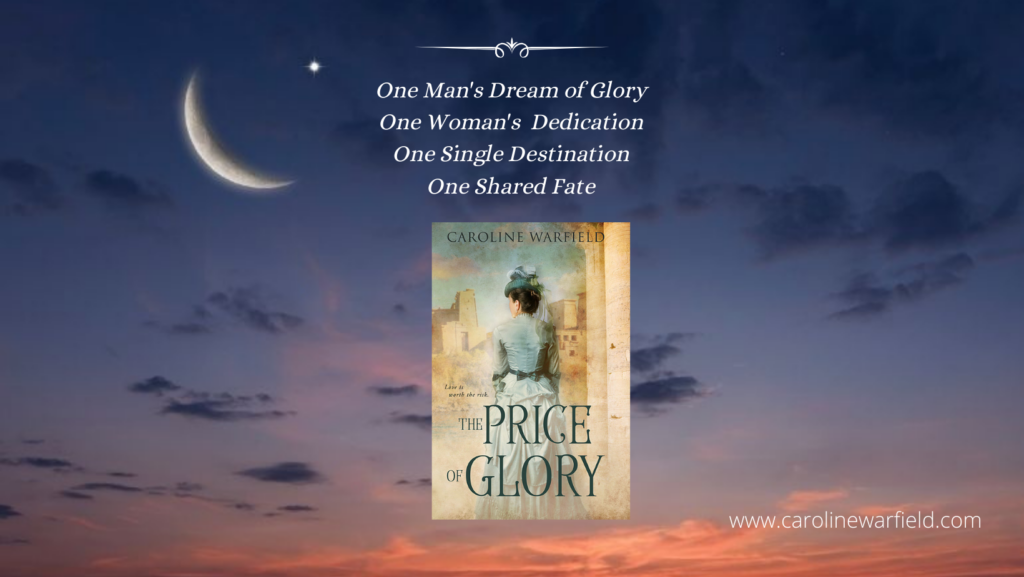 What Happens at The Soho Club?

Regarding the Dangerous Population of Rakes in Our Midst