More Confessions from An Improper Governess

I have a secret. A delicious, most wonderful secret. I cannot believe that today, of all days, a rather dull-skied, mundane Wednesday, I experienced my first kiss. A breath-stealing, toe-curling kiss. Indeed my lips still tingle and my heart races whenever I recall the moment Mr. Harry Blake, a man surely too beautiful and well-spoken to be a lowly footman, pressed his perfectly chiseled lips to mine. If it were not for his well-muscled arms holding me close, I swear my knees would have given way and I would have slipped to the grass beneath our feet (we were in the garden at the time). Who’d have thought a kiss could make one melt. And more. But I am too ashamed to admit the other strange feelings he evoked within me. Hot, wild feelings. I strongly suspect it is desire. There, I’ve admitted it, Dear Diary: I, Abigail Adams, desire Harry Blake. 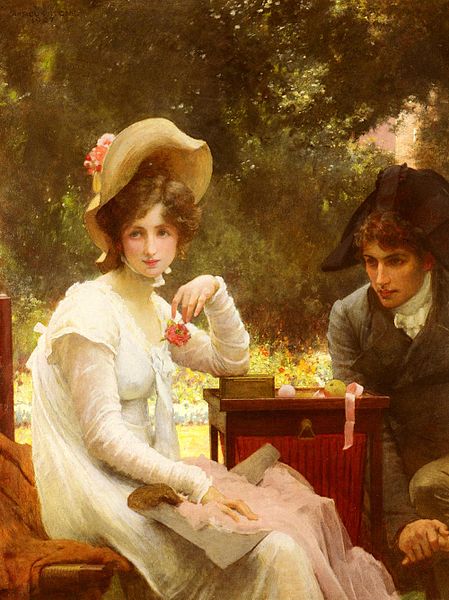 If truth be told, the young man (I believe he is only twenty-two, a year younger than me) has had this singular affect on me for some weeks—ever since I commenced work here at Aldergrove House. The nursemaid, Miss Mary Fletcher, told me that Mr. Blake had once been a corporal and had served under Wellington at Waterloo. And that does not surprise me in the least. It would certainly explain his confident bearing, the breadth of his shoulders, his firm body; yes, I will confess that I brazenly slid my hands beneath his form-fitting coat as he kissed me. His livery does nothing to disguise how well-made he is—everywhere; oh my, how my face heats as I write this.

The affect he has on me is even more pronounced when I see him. Whenever he passes me in the hall or on the servants stairs’ and flashes his rakish grin, my heart feels like it stops altogether before taking off like a bird in flight. Even when I am with my charges, I am not immune to him. Thank heavens Master Neville and Miss Alice are too young to notice my inopportune blushes. I have even observed Lady Greyson, their mama and our employer, blushing in his presence too.

Never in my wildest dreams did I think that such a fine-looking man as Mr. Blake would give someone like me more than just a passing look. There is no denying I am flattered. But I also know I am being foolish—playing with fire so to speak—to let him take such liberties. I’m sure he has no intention of courting me with a view to proposing marriage. And to be perfectly honest, I do not know if I wish to be wed to a man such as he. I like him well enough but he is young. With a roving eye. I’ve seen him smile and wink at some of the other serving women too (including Mary Fletcher). I have no doubt I am not the first and certainly won’t be the last female to succumb to his roguish charm.

Even though I know it sounds terribly wicked, surely a kiss or two will not hurt. As long as we don’t go any further. And as long as we are discreet and don’t get caught. I can ill-afford to lose my position.

It is growing late and my candle is burning low so I must say goodnight for now, Dear Diary.

I know I shall have sweet dreams,

You can read about the amorous adventures of Mr. Harry Blake in Amy Rose Bennett’s An Improper Proposition: An Improper Liaisons Novella, Book 1

Lusting after one’s employer is certainly not the done thing when you are a governess. But Miss Abigail Adams cannot seem to help herself… 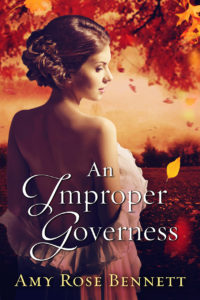 Abigail Adams, the resident governess of Hartfield Hall, might appear to be a very proper young woman, yet she secretly yearns for excitement to brighten her mundane life. And what she does want, she really shouldn’t long for—Sir Nicholas Barsby, the indecently handsome, charismatic master of Hartfield.

Sir Nicholas Barsby returns home from a tour of the Continent to discover his widowed sister-in-law has employed a decidedly delectable governess for his nieces. When it becomes blatantly apparent that the attraction is mutual, Nicholas ruthlessly decides to present Miss Adams with a thoroughly wicked proposal.

Abigail is initially shocked by Sir Nicholas’s outrageous and highly improper offer to become his mistress. Having wanton thoughts about a man is undoubtedly sinful but leading the life of a fallen woman is something else entirely. Nevertheless, falling into Sir Nicholas’s arms might just prove to be an invitation too tempting for Abigail to ignore. One thing is clear, whether she’s a governess or mistress, she must not lose her heart…

Fraternizing with one’s footman—no matter how young and handsome he is—is not the done thing. But Lady Wells is going to do it anyway… 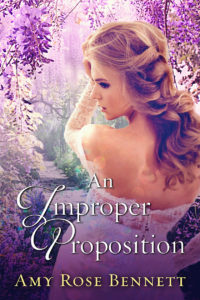 Bianca, the widowed Countess of Wells, secretly lusts after her much younger, rakishly handsome footman Harry Blake. Even though he has been in her employ for six months, she has not succumbed to her indecorous urges to take him as a lover… until one wicked night at an isolated country inn when she throws caution to the wind and offers Blake a wholly improper proposition.

Harry Blake, the bastard son of a duke and governess, is the epitome of the perfect footman, except for one thing—he fantasizes about seducing his beautiful mistress. When Lady Wells proposes that they become lovers for one night only, he is torn. Even though he wants her with every fibre of his being, he suspects that forbidden fruit once tasted, can be awfully addictive. He wonders if one night of passion will be enough, for either of them—especially now that he realizes he might very well be falling in love with his bella Bianca. But when all is said and done, Blake can hardly refuse such a tempting proposition, no matter how unwise or improper. He just prays that he can put a smile on his mistress’s beautiful face… 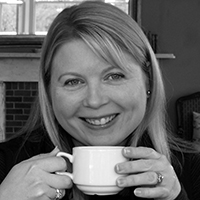 remember. An avid reader with a particular love for historical romance, it seemed only natural to write stories in her favorite genre. She has a passion for creating emotion-packed—and sometimes a little racy—stories set in the Georgian and Regency periods. Of course, her strong-willed heroines and rakish heroes always find their happily ever after.

Amy is happily married to her own Alpha male hero, has two beautiful daughters, and a rather loopy Rhodesian Ridgeback. She has been a speech pathologist for many years but is currently devoting her time to her one other true calling—writing romance.

Amy is one of the Bluestocking Belles. You can find out more about her books here on The Belles’ website or follow her on social media: