Numerous witnesses have come forward to the Teatime Tattler with the following rather lurid story making the rounds of London salons and drawing rooms. 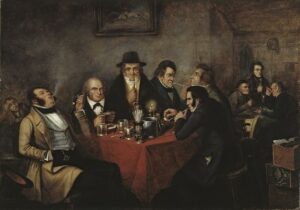 First a bit of background. Betting has raged the better part of summer and into autumn about the fate of the Duke of Glenmoor who went missing quite suddenly. Dukes do not, as numerous well-connected people have pointed out, “go missing,” yet this one has. This has led to rampant speculation about his heath, his sanity, and even about his survival.

Tasteless as it is to report, many of these unfortunate bets have come down on the side of the duke’s death by violence, accident, or even, sadly, his own hand. His obvious despondence just before his disappearance, lends credence to the latter. It has been said, however, that dukes do not kill themselves. It isn’t done.

What brings this unpleasantness to our attention today is a new claim. The Honorable Eustace Selwyn came forward at White’s last night with a new assertion. Several witnesses attest that he signed the betting book with the claim that the duke is dead and further that he was killed by his brother. Since said brother, rumored to be deformed and not of sound mind, has long been thought to be dead, this allegation met with disdain and incredulity. 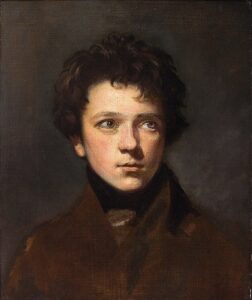 The Honorable Eustace is known to be what one wag called, “a dunderheaded drunken rattle,” and his claims could be easily dismissed but for one fact. Eustace Selwyn had just returned from his home in Dorset, a home that is known to be the neighbor of Mountglen, the duke’s primary seat. He claimed that, while there, he actually observed the brother or a man claiming to be he. Selwyn believes him and asserts that the brother, now calling himself Gideon Kendrick, is not only alive, but much brighter than reported. The Honorable Eustace proposed “cunning,” as the better descriptor. London is not certain what to make of it, but men are lining up on both sides of the bet nonetheless, as young men are prone to do.

The not so Honorable Eustace Selwyn appears in Caroline Warfield’s, Duke in All But Name, currently in process. In that story the Duke of Glenmoor has indeed gone missing. He and his brother, Gideon Kendrick, first appeared in The Defiant Daughter, as step sons of the heroine. In that story moral and legal complications regarding the circumstances of their birth came to light.

About The Defiant Daughter 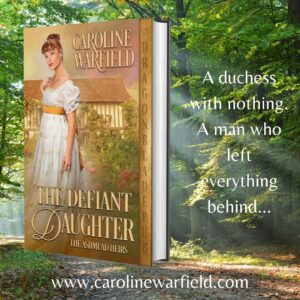 Available for purchase or read for free with Kindle Unlimited. https://www.amazon.com/gp/product/B09GL6PT1J/