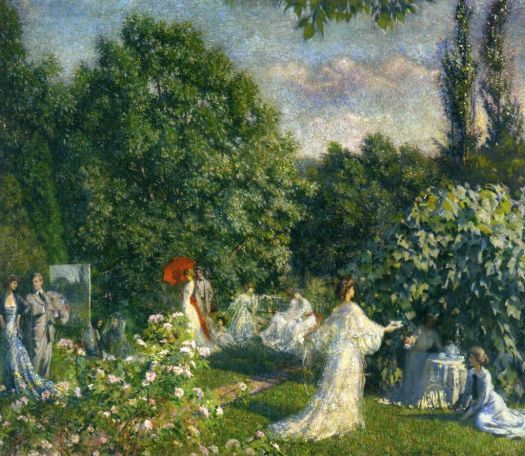 We had the singular pleasure of attending Mr. and Mrs. Ramsey Barton’s garden party. It was an event long anticipated and the grounds were quite perfection with fountains, flowers and trees shaped as elephants.

However, to everyone’s surprise, all attention was rivetted on Mr. Barton’s younger sister, Miss Lettuce Barton. Miss Barton has seldom attracted our attention. She is a quiet individual more likely to nod off than to utter a witticism. Indeed, her chief accomplishment was at the time of her birth when she curried favour with her namesake, an elderly relative of considerable means.

However, we digress. Miss Barton arrived, wearing a gray ensemble and was greeted by her mother. The elder Mrs. Barton favours more brilliant hues and we have heard rumours that she is understandably distressed by her daughter’s eccentricities. (Indeed, we have it on excellent authority that Miss Barton has purchased a house and lives alone with only servants.) Such a crushing blow must have greatly distressed her mother and we feel for dear Mrs. Barton from the very depth of our maternal heart.

But again, we digress. Almost immediately after Miss Barton’s arrival at the aforementioned garden party, Lady Elsie Beauchamp collapsed. It is rumoured that Lady Beauchamp is in a delicate condition. This apparently (and surprisingly) spurred Miss Barton into action. She almost sprinted across the lawn and then barked orders to all and sundry, in a manner more suited to a military leader than a gentlewoman of good breeding.

By the by, ‘all and sundry’ also included Lady Beauchamp’s brother, the reclusive and heroic Lord Anthony Ashcroft. For those readers who have been living under a rock, Lord Anthony was recently wounded in the Napoleonic wars. He is seldom seen in public and we feel honoured to have made his acquaintance.

But back to the garden party- dear Lady Beauchamp regained consciousness and was able to walk. In this, she was assisted by Miss Barton and Lord Anthony. Indeed, Miss Barton again assumed peculiar control in a fashion quite unbecoming to a lady.

While their departure quite put a damper on the festivities, we find that our curiosity is piqued. What motivated the quiet Miss Barton to behave in such a fashion? Was it an attempt to gain the attention of the reclusive Lord Anthony? If so, his stony countenance suggested no approbation. Or did she do so to irk her long suffering mother? If so, our observations would suggest that she had succeeded to a considerable degree.

Or is there some other reason? Are there depths hidden under that demure exterior? Or secrets not yet fully disclosed?

Rest assured, that should this writer discover any additional information, we shall immediately disclose the details within this missive. 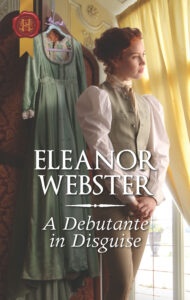 A Debutante in Disguise

A society lady
…with a secret!

Determined to help people, Letty Barton has a double life – she’s a trained doctor! No-one must know ‘Dr Hatfield’ is actually a woman. Called to an emergency, she comes face to face with her patient’s brother, Lord Anthony Ashcroft… They’d once shared a spark-filled flirtation – now he’s a brooding, scarred war-hero. But how long will it be before he recognizes her, beneath her disguise, and the sparks begin to fly once more…? 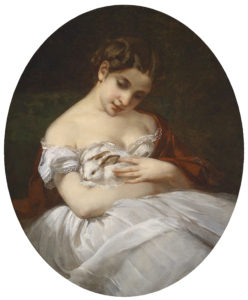 It is with considerable surprise that the Teatime Tattler has learned that Sebastian Hastings, Earl of Langford, has married Miss Sarah Martin.

To say that this is a surprise could well be considered an under-statement, given that Miss Martin has never been to London. Indeed, according to a reliable source, the Earl of Langford only met Miss Martin one week ago.

The motivation and speed of the nuptials gives this writer cause to ponder, particularly as the new Countess of Langford has both limited financial resources and physical attributes. Moreover, she has been noted walking without her maid and in a garb which cannot be considered in the height of fashion.

“She is an individual of considerable sense and I am not averse to the match,” Lady Harrington explains.

Again, this writer must question this conclusion. According to one of London’s most fashionable dressmakers, the Countess of Langford has several peculiar habits which hardly seem ‘sensible’. Naturally, I am averse to idle gossip, but it appears that the new Countess keeps numerous animals about her person and apartment. My source wasn’t certain whether the animals were mice, rats or rabbits but assured this writer that they are numerous in the extreme.

Of course, the Earl of Langford has not had a happy matrimonial history. Doubtless my readers will recall his first wife. Sadly, she lost her heart and left rather abruptly for Paris two years ago. Now, more recently, she also lost her head. As is well known, only the Earl of Langford’s daughter has returned to London. His son is still somewhere in France.

This writer and The Teatime Tattler, naturally, wish both the Earl of Langford and his new Countess every success and happiness. I know that London society will join with me in that regard and I certainly will do everything possible to keep my readership updated. 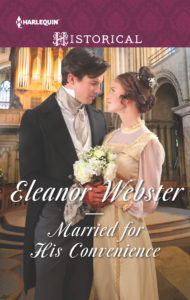 Married for His Convenience

Tainted by illegitimacy, plain Sarah Martin has no illusions of a grand marriage. So when the Earl of Langford makes her a proposal that will take her one step closer to finding her half sister, she can’t refuse!

Sebastian’s dreams of romance died with his late wife’s affair, so now he needs a convenient wife to act as governess for his silent daughter. Yet Sarah continues to surprise and challenge him, and soon Sebastian can’t deny the joy his new bride could bring to his life—and into his bed!

Dramatic events never happened to her. Ever.

‘If I remove my hand, do you promise not to scream?’ The voice was male. Warm breath touched her ear.

Sarah nodded. The man loosened his hold. She turned.

Her eyes widened as she took in his size, the breadth of his shoulders and the midnight-black of his clothes.

‘You’re…you’re a gentleman.’ For the cloth he wore was fine and not the roughened garb of a common thief.

She grabbed on to these details as though, through their analysis, she would make sense of the situation.

‘What was your purpose for spying on me?’ His gaze narrowed, his voice calm and without emotion.

‘Spying? I don’t even know you.’ The rabbit squirmed and she clutched it more tightly.

‘Then why are you hiding?’

Her cheeks flushed with indignation as her fear lessened.
He dropped his hand, stepping back. ‘I apologise. I thought you were a burglar.’

‘We tend not to get many burglars in these parts. Who are you anyway?’

‘Sebastian Hastings, Earl of Langford, at your service.’

He made his bow. ‘And a guest at Eavensham.’

‘A guest? Then why are you in the kitchen garden?’

‘That usually doesn’t involve accosting one’s fellow man. You are lucky I am not of a hysterical disposition.’

Briefly, she wondered if wry humour laced his voice, but his lips were straight and no twinkle softened his expression. In the fading light, the strong chin and cheekbones looked more akin to a statue than anything having the softness of flesh.

At this moment, the rabbit thrust its head free of the shawl.

‘Dinner is running late, I presume.’ Lord Langford’s eyes widened, but he spoke with an unnerving lack of any natural surprise.

‘The creature is hurt and I need to bandage him, except Mr. Hudson, the butler, is not fond of animals and I wanted to ensure his absence.’

‘The butler has my sympathies.’

Sarah opened her mouth to respond but the rabbit, suddenly spooked, kicked at her stomach as it clawed against the shawl. Sarah gasped, doubling over, instinctively whispering the reassurances offered by her mother after childhood nightmares.

‘French? You are fluent?’

‘What? Yes, my mother spoke it—could we discuss my linguistic skills later?’ she gasped, so intent on holding the rabbit that she lost her footing and stumbled against the man. His hand shot out. She felt his touch and the strangely tingling pressure of his strong fingers splayed against her back.

‘Are you all right?’

‘Yes—um—I was momentarily thrown off balance.’

She straightened. They stood so close she heard the intake of his breath and felt its whisper.

‘Perhaps,’ she added, ‘you could see if the butler is in the kitchen? I do not know how long I can keep hold of this fellow.’

‘Of course.’ Lord Langford stepped towards the window as though spying on the servants were an everyday occurrence. ‘I can see the cook and several girls, scullery maids, I assume. I believe the butler is absent.’

Tightening her hold on the rabbit, Sarah paused, briefly reluctant to curtail the surreal interlude. Then, with a nod of thanks, she stooped to pick up the valise.

‘Allow me,’ Lord Langford said, opening the door. ‘You seem to have your hands full.’

‘Er—thank you.’ She glanced up. The hallway’s flickering oil lamp cast interesting shadows across his face, emphasising the harsh line of his cheek and chin and the blackness of his hair.

She stepped inside and exhaled as the door swung shut, conscious of relief, regret and an unpleasant wobbliness in both her stomach and knees. 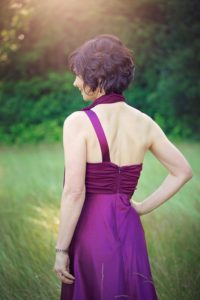 Eleanor Webster loves high-heels and sun, which is ironic as she lives in northern Canada, the land of snowhills and unflattering footwear. Various crafting experiences, including a nasty glue-gun episode, have proven that her creative soul is best expressed through the written word.

Eleanor is currently pursuing a doctoral degree in psychology and holds an undergraduate degree in history and creative writing. She loves to use her writing to explore her fascination with the past.